Accessibility links
Chevron Spends Big, And Loses Big, In A City Council Race : The Two-Way Tuesday's elections weren't just bad news for Democrats. Oil giant Chevron got clobbered in a city election in Richmond, Calif., that was widely seen as a referendum on the company itself. 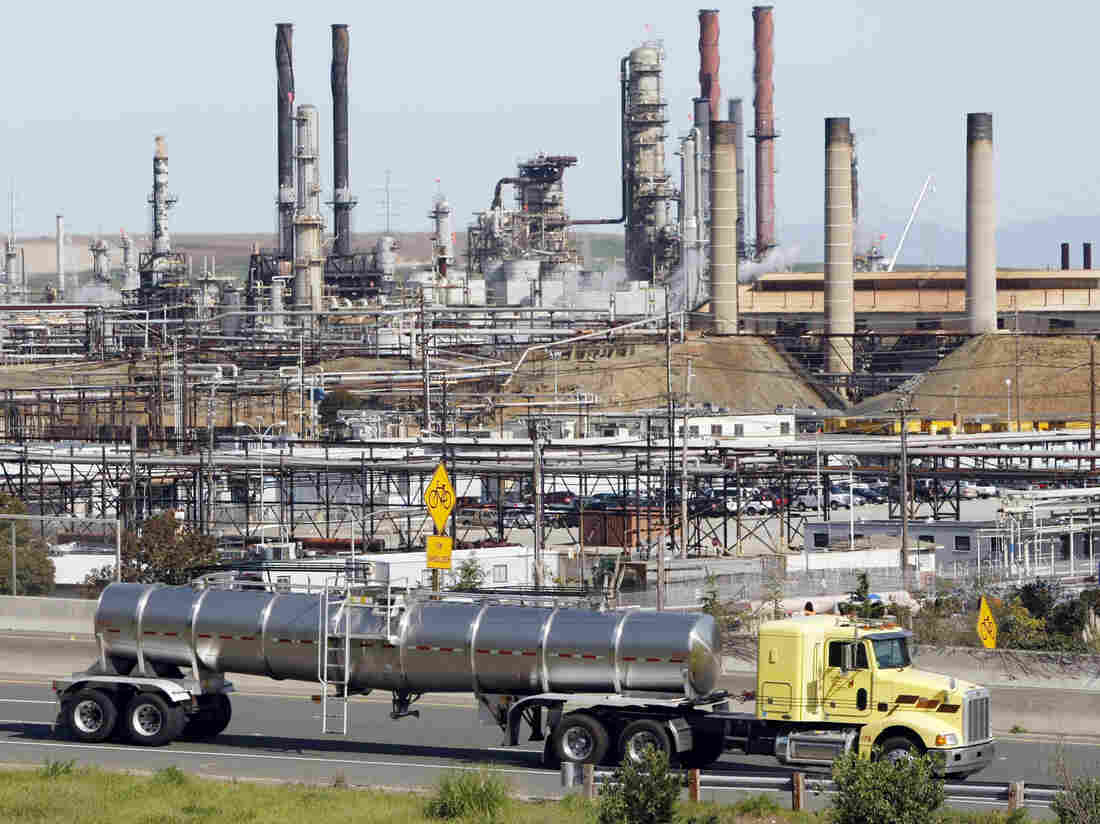 Chevron Corp. supported several candidates in Richmond, Calif., where the company has been hoping to modernize a large oil refinery, seen here in 2010. None of the Chevron-backed candidates were elected. Paul Sakuma/AP hide caption 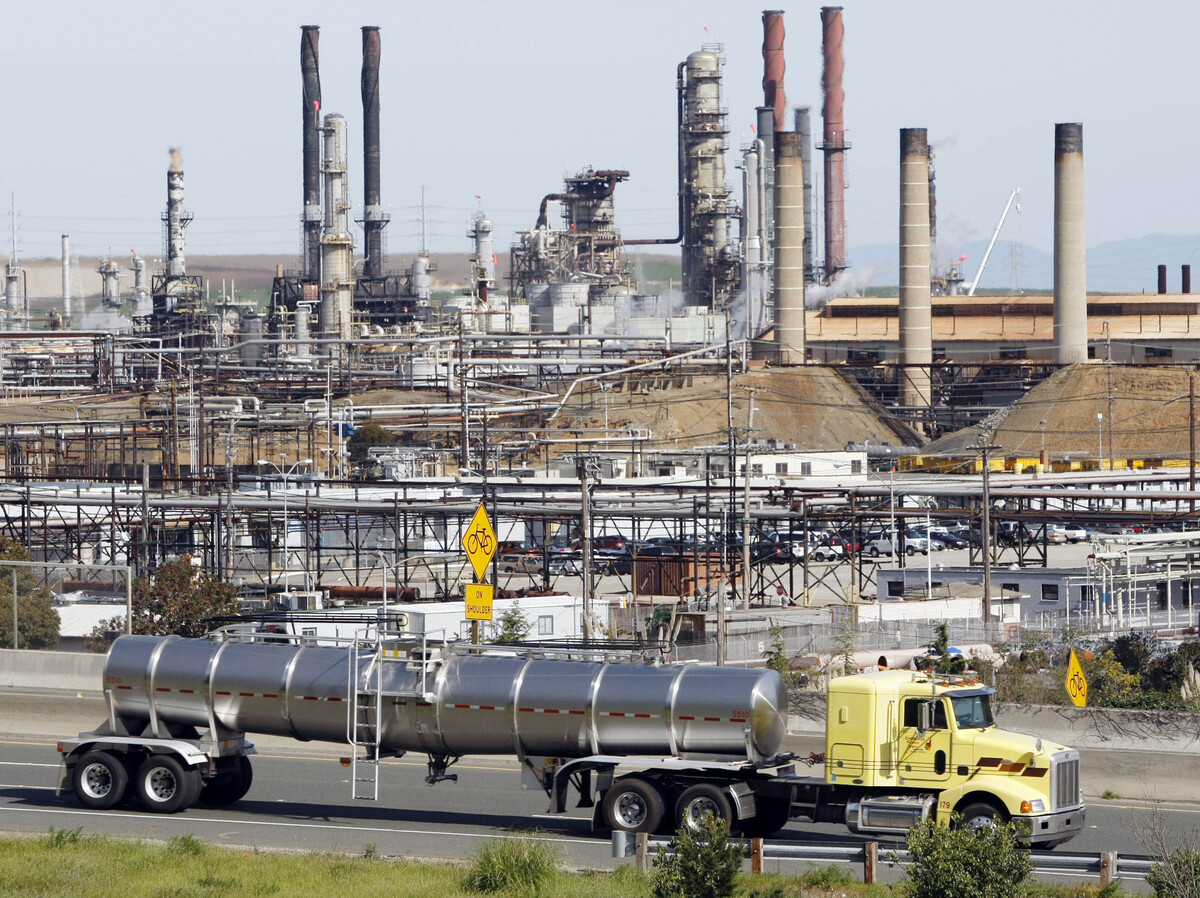 Chevron Corp. supported several candidates in Richmond, Calif., where the company has been hoping to modernize a large oil refinery, seen here in 2010. None of the Chevron-backed candidates were elected.

Tuesday's elections weren't just bad news for Democrats. Oil giant Chevron Corp. got clobbered in a hot local election in Richmond, Calif., that was widely seen as a referendum on the company itself.

The San Francisco Bay Area community of 107,000 people attracted national attention to its race for City Council. Richmond is home to one of Chevron's two West Coast refineries. The city has long been known as a company town: Chevron is Richmond's largest employer and taxpayer.

But for the past six years, progressives and their allies have controlled the City Council, often tangling with the Fortune 500 company over greenhouse gas emissions, especially after a spectacular refinery fire two years ago.

Chevron had hoped to reverse that dynamic by supporting a slate of candidates who are sympathetic to the company's plans for modernizing its refinery. It spent about $3 million to support them, issuing an avalanche of glossy mailers and buying virtually every billboard in town.

In contrast, the slate of underfunded progressive candidates led by City Councilman Tom Butt spent only a tiny fraction of that amount on its massive door-to-door campaign.

Early returns indicated the progressives' grass-roots strategy would be successful. By the end of election night, Butt had captured the mayor's race with more than 51 percent of the votes cast, and the Chevron-backed candidate, City Councilman Nat Bates, garnered just over 35 percent.

As a distraught Bates told the Richmond Confidential, "It's a bloodbath, obviously. I think the citizens will suffer."

Butt, who had accused Chevron of trying to buy the Richmond council election, was ecstatic over his David versus Goliath victory.

"To take on a campaign that's funded with $3 million and our modest campaign budget was about $50,000," he said, "but we had a lot of grass-roots help and we pulled it off."

Chevron said it will try to find common ground with the newly elected council.

The outcome is likely to energize progressives in and around Richmond, a much-maligned city that recently has made strides in recasting its former image as a poor and crime-ridden community. Relatively modest home prices have attracted a generation of younger residents who are demanding better schools, safer streets and cleaner air.

"You can throw big money on a 'no' campaign. Voters are inclined to vote no. But Richmonders knew who the candidates were and liked them. It appears the Chevron money itself became an issue in the race," he said.