U.S. Will Send Up To 1,500 More Military Personnel To Iraq

U.S. Will Send Up To 1,500 More Military Personnel To Iraq 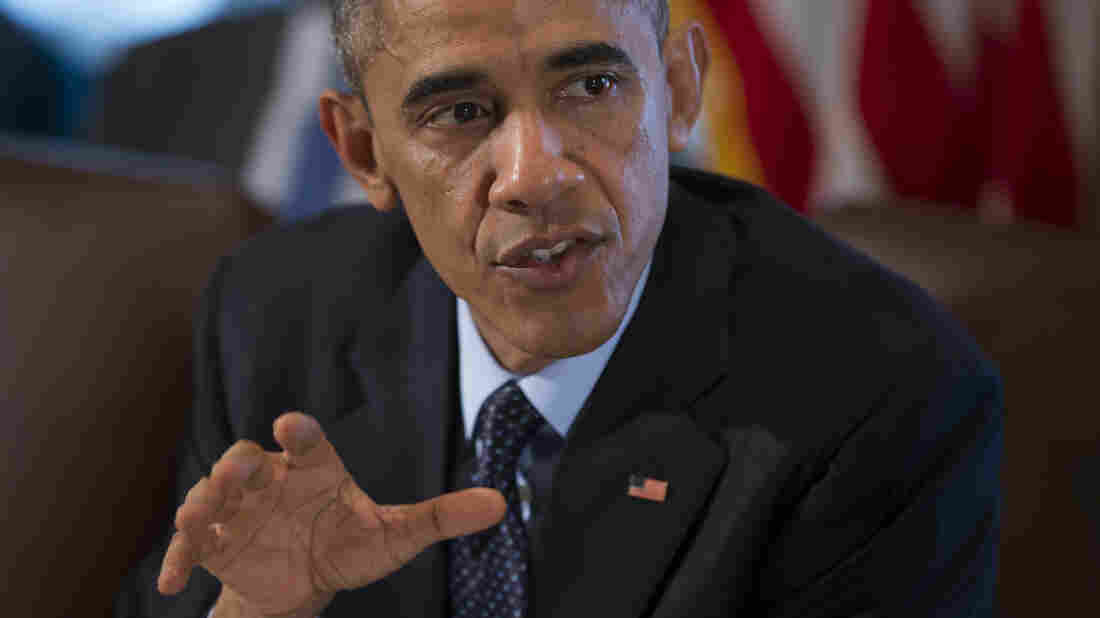 President Obama speaks to the media before meeting with his Cabinet in the White House Friday. The president is ordering up to 1,500 additional military personnel to Iraq, to help Iraqi and Kurdish forces fight the extremist group ISIS. Evan Vucci/AP hide caption 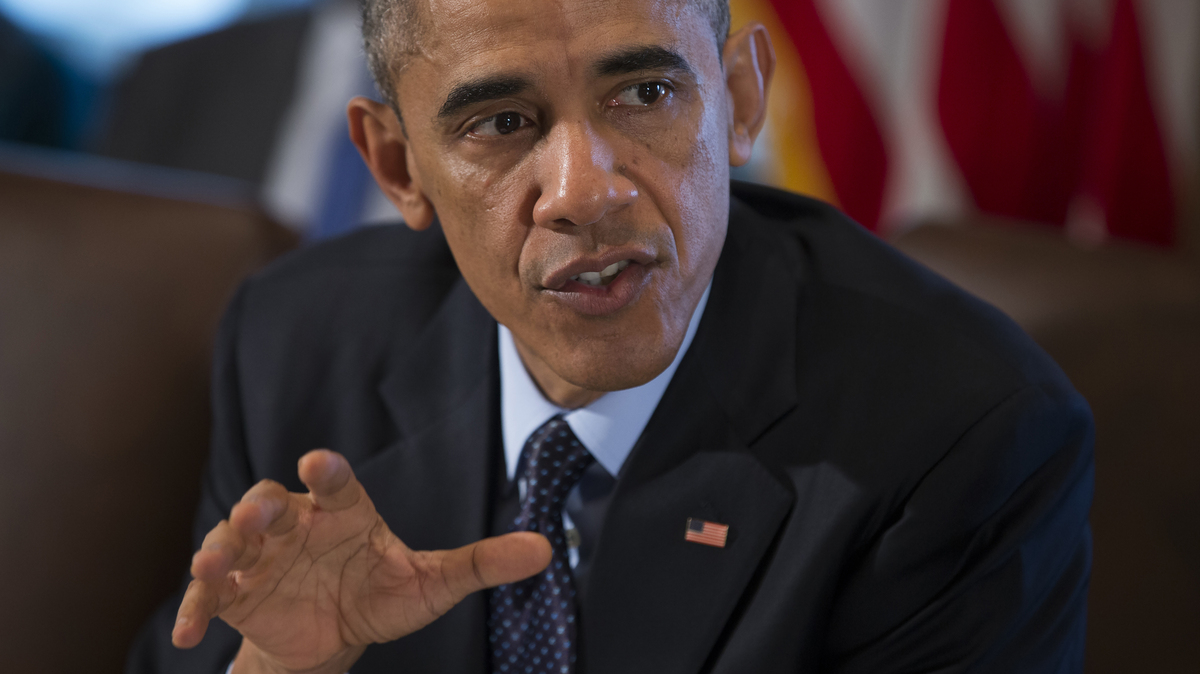 President Obama speaks to the media before meeting with his Cabinet in the White House Friday. The president is ordering up to 1,500 additional military personnel to Iraq, to help Iraqi and Kurdish forces fight the extremist group ISIS.

President Obama will bolster the U.S. military force in Iraq with up to 1,500 more personnel, White House press secretary Josh Earnest says, to serve "in a non-combat role to train, advise, and assist Iraqi Security Forces, including Kurdish forces."

The move is the latest U.S. attempt to counteract the extremist group ISIS, which has made significant gains in Iraq and neighboring Syria in recent months.

The new U.S. deployment follows requests from the Iraqi government and the advice of Defense Secretary Chuck Hagel, Earnest says.

The Obama administration is requesting an additional $5.6 billion in Overseas Contingency Operations funds from Congress for the 2015 fiscal year, a figure that includes $1.6 billion to establish an "Iraq Train and Equip" fund.

Among U.S. agencies, most of the money would go to the Department of Defense, with $3.4 billion spent on ongoing operations. The State Department would also get around $520 million.

White House officials say they expect the funding to be approved during Congress's lame-duck session.

Discussing the makeup of the new deployment, a Pentagon official said that in addition to providing training and advice to fighters, the group will include "force protection personnel" and logistics experts.

Asked by NPR's Tom Bowman what spurred the new request, a senior administration official said Friday afternoon that "there has been a very deliberate sequencing" in how the administration has approached the U.S. fight with ISIS.

The official added that U.S. military leaders have been seeking to widen the American efforts in Iraq, to support more Iraqi and Kurdish forces.

Noting that the U.S. had been studying the best way to attack ISIS, the official said, "Now we're matching resources against that analysis."

Another official said that Iraq's new military leaders want to correct mistakes that were made during the tenure of former President Nouri al-Maliki, whose government was seen as overly centralized and uninterested in helping Kurdish forces.

"U.S. Central Command will establish two expeditionary advise-and-assist operations centers, in locations outside of Baghdad and Irbil, to provide support for the Iraqis at the brigade headquarters level and above. These centers will be supported by an appropriate array of force protection," according to the Pentagon's press secretary, Rear Adm. John Kirby.

He adds that the Central Command will also "establish several sites across Iraq that will accommodate the training of 12 Iraqi brigades, specifically nine Iraqi army and three [Kurdish] Peshmerga brigades."

Kirby also said that the U.S. and its coalition allies will be discussing how many personnel will be sent to each location.