NYC Ebola Patient Declared Free Of Virus, Will Be Discharged From Hospital

NYC Ebola Patient Declared Free Of Virus, Will Be Discharged From Hospital 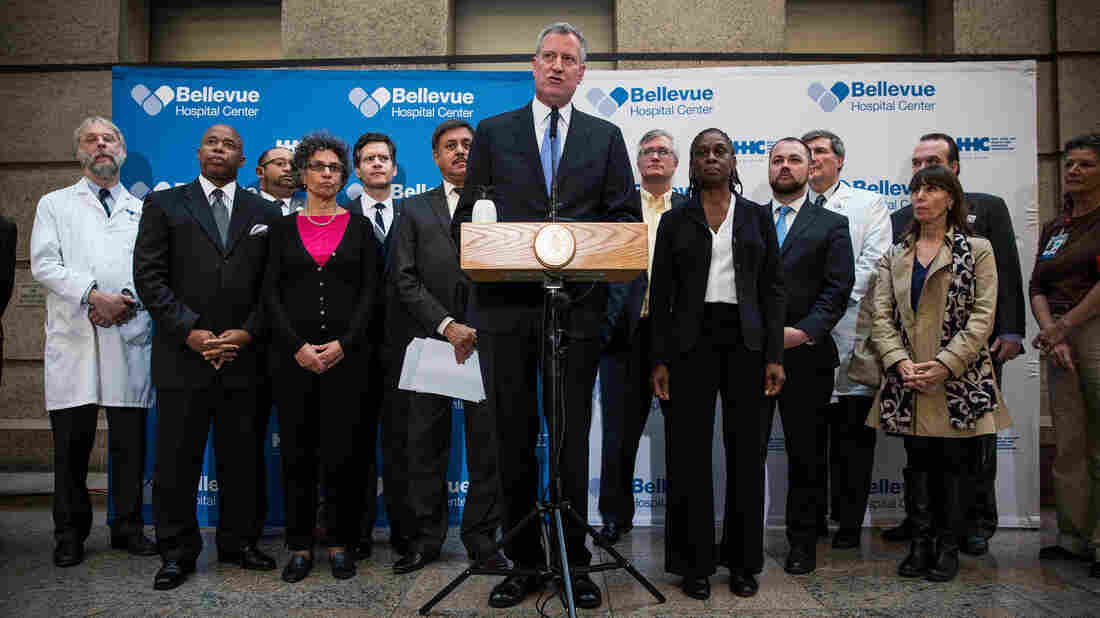 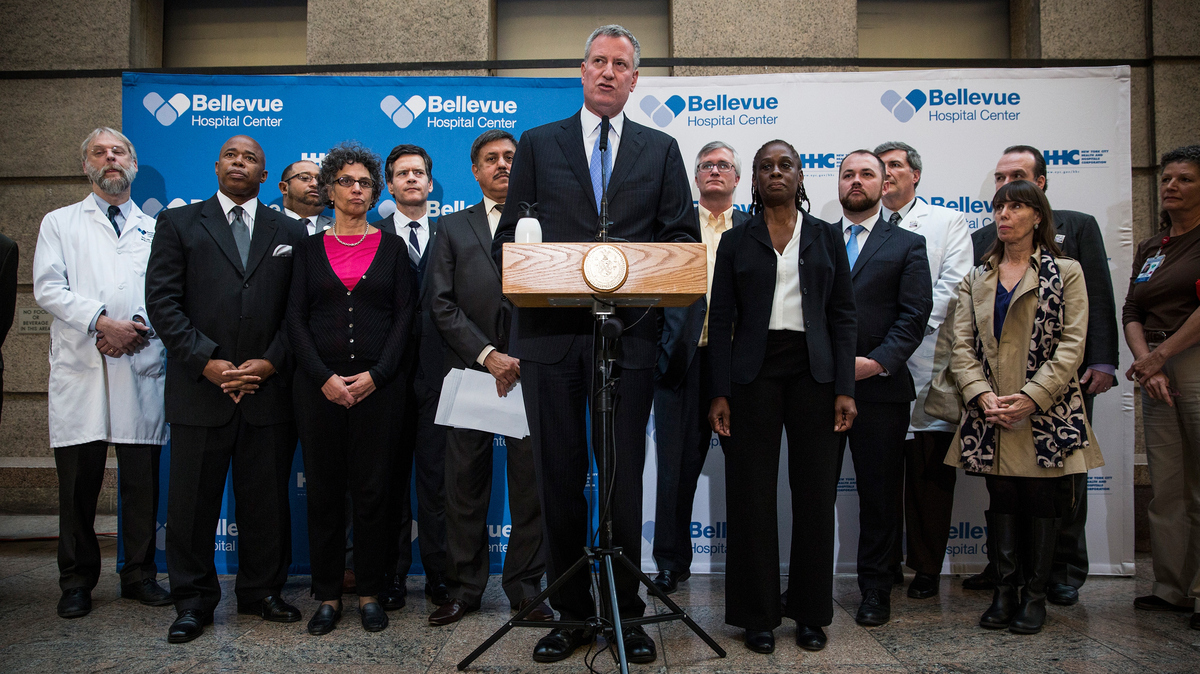 New York City Mayor Bill de Blasio talked about Dr. Craig Spencer last month at a news conference, and has another one set for Tuesday which Spencer will attend, Ebola-free.

Dr. Craig Spencer, the first person diagnosed with Ebola in New York City, has been declared free of the virus and will be released from the hospital, according to a statement from the New York City Health and Hospitals Corporation:

"After a rigorous course of treatment and testing, Dr. Craig Spencer — the patient admitted and diagnosed with Ebola Disease Virus at HHC Bellevue Hospital Center — has been declared free of the virus. Dr. Spencer poses no public health risk and will be discharged from the hospital tomorrow, Tuesday, November 11th."

Spencer was in Bellevue Hospital Center in Manhattan for more than two weeks. NPR's Joel Rose told our Newscast Unit that Spencer's fiancee remains under quarantine, but that no further cases have been reported in New York.

Spencer had been working with Ebola patients in Guinea with Doctors Without Borders before returning to the United States on Oct. 12.

After his return, but before he began to have symptoms, Spencer ate at restaurants, went to a bowling alley and used taxis. His experience set off a debate about whether health workers should be quarantined upon returning from Sierra Leone, Guinea and Liberia, the three Western African nations bearing the brunt of the global Ebola outbreak.

Some states put quarantine policies in place, including New York and New Jersey, but after urging from federal officials, the states abandoned some of those plans.

Another health worker, nurse Kaci Hickox, entered a standoff with state health officials in New Jersey and Maine after returning to the U.S. from Sierra Leone. Hickox had worked with Ebola patients in that country, but has shown no symptoms of the illness, but still was quarantined in a tent outside of a hospital in New Jersey upon her return.

After media coverage of that incident and Hickox's complaints about her treatment, she was allowed to return home to Maine — where state officials once again sought to quarantine her. Hickox refused to follow those orders, even taking a highly-publicized bike ride with her boyfriend while a Maine state trooper followed closely behind.

Since then, as The Two-Way reported yesterday, Hickox's boyfriend, Ted Wilbur, "withdrew from a nursing program at the University of Maine at Fort Kent, where the couple lives, and said Friday that he and Hickox were 'going to try to get our lives back on track' by leaving the state."