Accessibility links
Mormon Church Admits Founder Joseph Smith Had Up To 40 Wives : The Two-Way The Church of Latter-day Saints never denied polygamy was part of its history. But in a series of new essays, it describes the now-banned practice in detail.

Mormon Church Admits Founder Joseph Smith Had Up To 40 Wives

Mormon Church Admits Founder Joseph Smith Had Up To 40 Wives 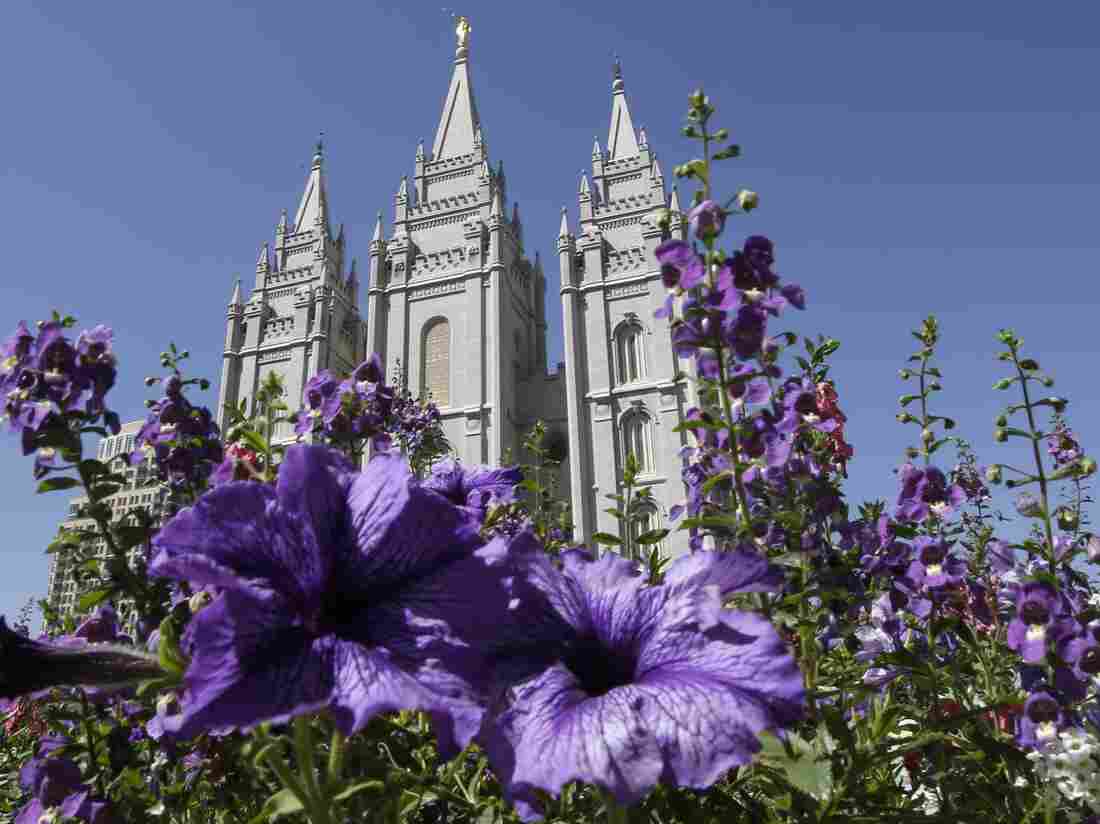 The Church of Jesus Christ of Latter-day Saints, based in Salt Lake City, is opening up about its founder's polygamous practices. Rick Bowmer/AP hide caption 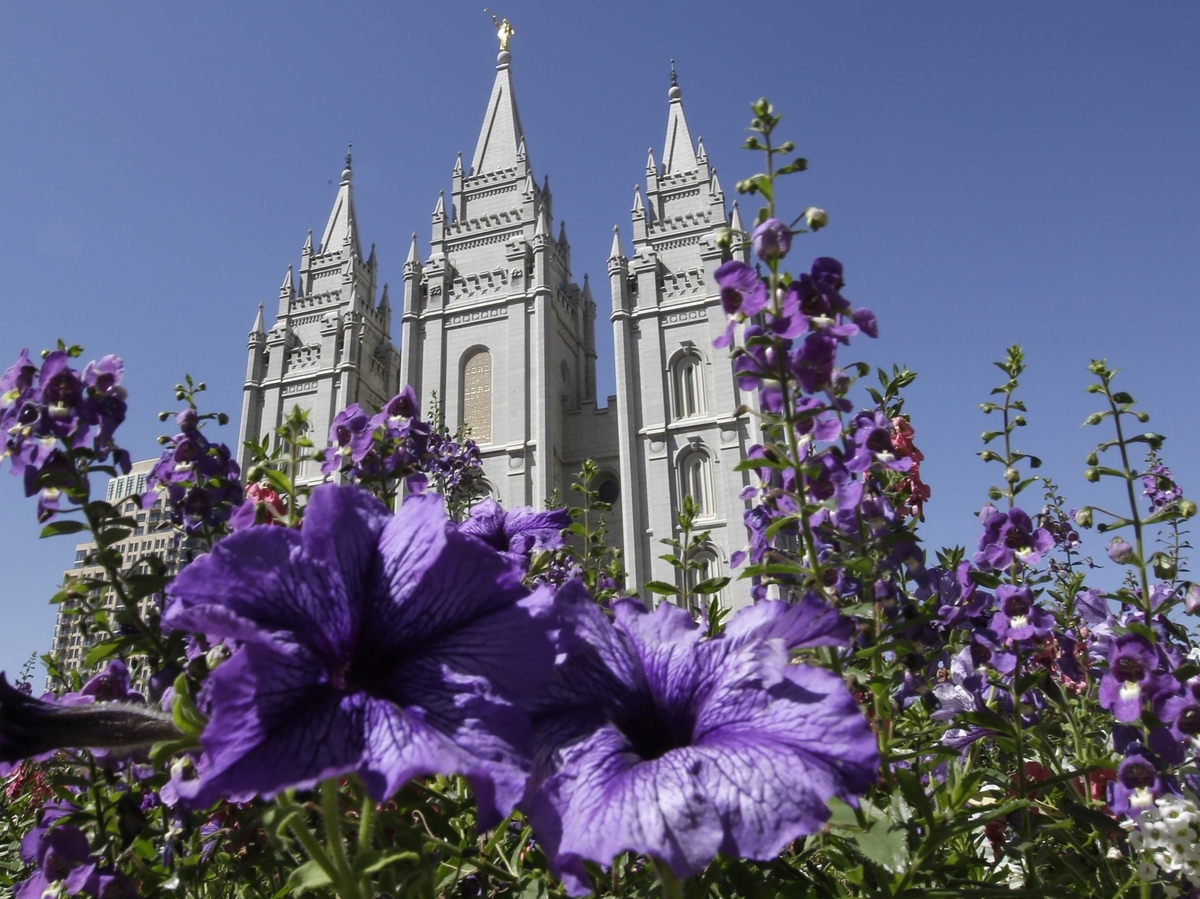 The Church of Jesus Christ of Latter-day Saints, based in Salt Lake City, is opening up about its founder's polygamous practices.

In an essay posted without fanfare to its website in late October, the Church of Jesus Christ of Latter-day Saints said for the first time that Joseph Smith, founder of the Mormon church, had as many as 40 wives. Some of those women were also married to friends of his. And one was only 14 when she became Smith's wife.

The essay is the latest in a series of expert texts that have been posted on the Latter-day Saints' website, touching on issues from the church's ban on black people in the priesthood to historical questions about the Book of Mormon. The essay attracting the most media attention this week is one of several on the issue of polygamy appearing in a section of the LDS website called "Gospel Topics." The essay acknowledges that polygamy has long been an issue that few in the church have felt comfortable speaking about:

"Plural marriage was introduced among the early Saints incrementally, and participants were asked to keep their actions confidential. They did not discuss their experiences publicly or in writing until after the Latter-day Saints had moved to Utah and Church leaders had publicly acknowledged the practice. The historical record of early plural marriage is therefore thin: few records of the time provide details, and later reminiscences are not always reliable. Some ambiguity will always accompany our knowledge about this issue."

The essay points out several details about Smith's marriages. It says that an angel appeared to Smith "three times between 1834 and 1842 and commanded him to proceed with plural marriage." The third time that angel appeared, the essay says, it threatened to destroy Joseph unless he obeyed. Smith's wives were believed to be between the ages of 20 and 40 at the time they were "sealed" or married to him. But the youngest wife sealed to Smith was only 14 years old when she married him. This young bride was also the daughter of two of Smith's close friends.

His youngest bride said later that she was only bonded to Smith for eternity and the essay suggests "that the relationship did not involve sexual relations." The practice of "eternal marriage" was predicated on the idea that a marriage could last beyond death. But if a marriage had an "eternity-only sealing," sexual relations between husband and wife were only permitted in the "next life."

The essay's conclusion clearly states that LDS members "no longer practice plural marriage," but another essay on the topic said the practice had benefits for the church:

"For many who practiced it, plural marriage was a significant sacrifice. Despite the hardships some experienced, the faithfulness of those who practiced plural marriage continues to benefit the Church in innumerable ways. Through the lineage of these 19th-century Saints have come many Latter-day Saints who have been faithful to their gospel covenants as righteous mothers and fathers, loyal disciples of Jesus Christ, and devoted Church members, leaders, and missionaries. ... Modern Latter-day Saints honor and respect these pioneers who gave so much for their faith, families, and community."

Jana Reiss, who blogs for Religious News Service and co-authored the book Mormonism for Dummies, told NPR that the church's new statements on polygamy took up to two years to complete and are the "culmination of a very long bureaucratic process to get this researched, written and approved."

Reiss says Mormon reactions to the new texts have run the gamut. Many members already know about the church's history with polygamy, but Reiss says some details in the essay might be new, and discomforting.

Reiss says she does not think the church has ever lied about the practice of polygamy in its ranks but has downplayed it for years. "I think it was just perpetually changing the subject," said Reiss. "No church leader has ever to my knowledge said that Joseph Smith didn't practice polygamy or that this didn't happen. Rather, it's always been, 'We don't practice polygamy anymore; let's talk about something else.' "

Reiss says that approach can be harmful to some Mormons. "If you don't find out about those controversial things at church ... instead you find out about it in a late-night Google search when you're at home alone, scratching your head, thinking why in the world did no one ever tell me this, then everything else is called into question as well."

" 'There is so much out there on the Internet that we felt we owed our members a safe place where they could go to get reliable, faith-promoting information that was true about some of these more difficult aspects of our history.

" 'We need to be truthful, and we need to understand our history,' Elder Snow said. 'I believe our history is full of stories of faith and devotion and sacrifice, but these people weren't perfect.' "