Accessibility links
Doctor At Center Of Deadly Sterilizations In India Arrested : The Two-Way The toll from the botched procedures is now 13, with scores more sick. Dr. R.K. Gupta, who has performed 50,000 sterilizations over his career, told Reuters that he was being made a scapegoat. 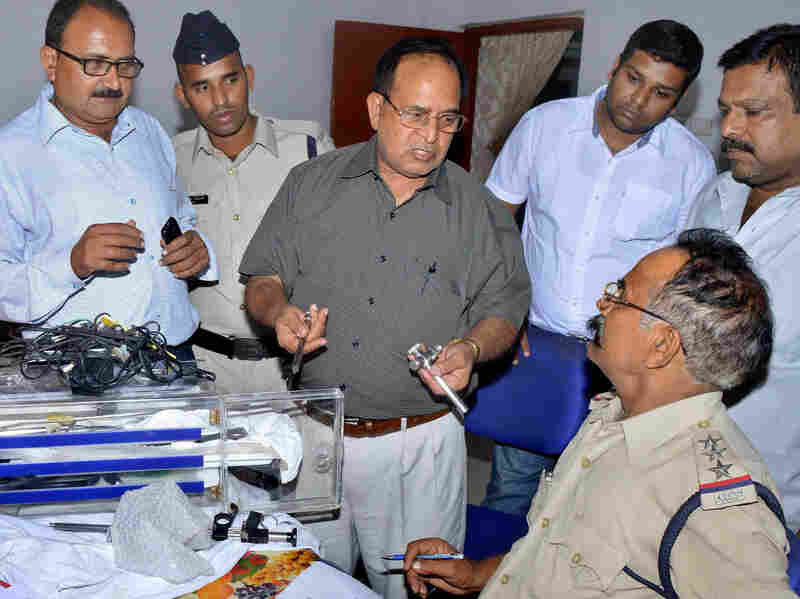 Dr. R.K. Gupta (center), the doctor who conducted sterilization procedures after which at least 13 women died, is interrogated by police in Bilaspur, India, on Thursday. PTI/AP hide caption 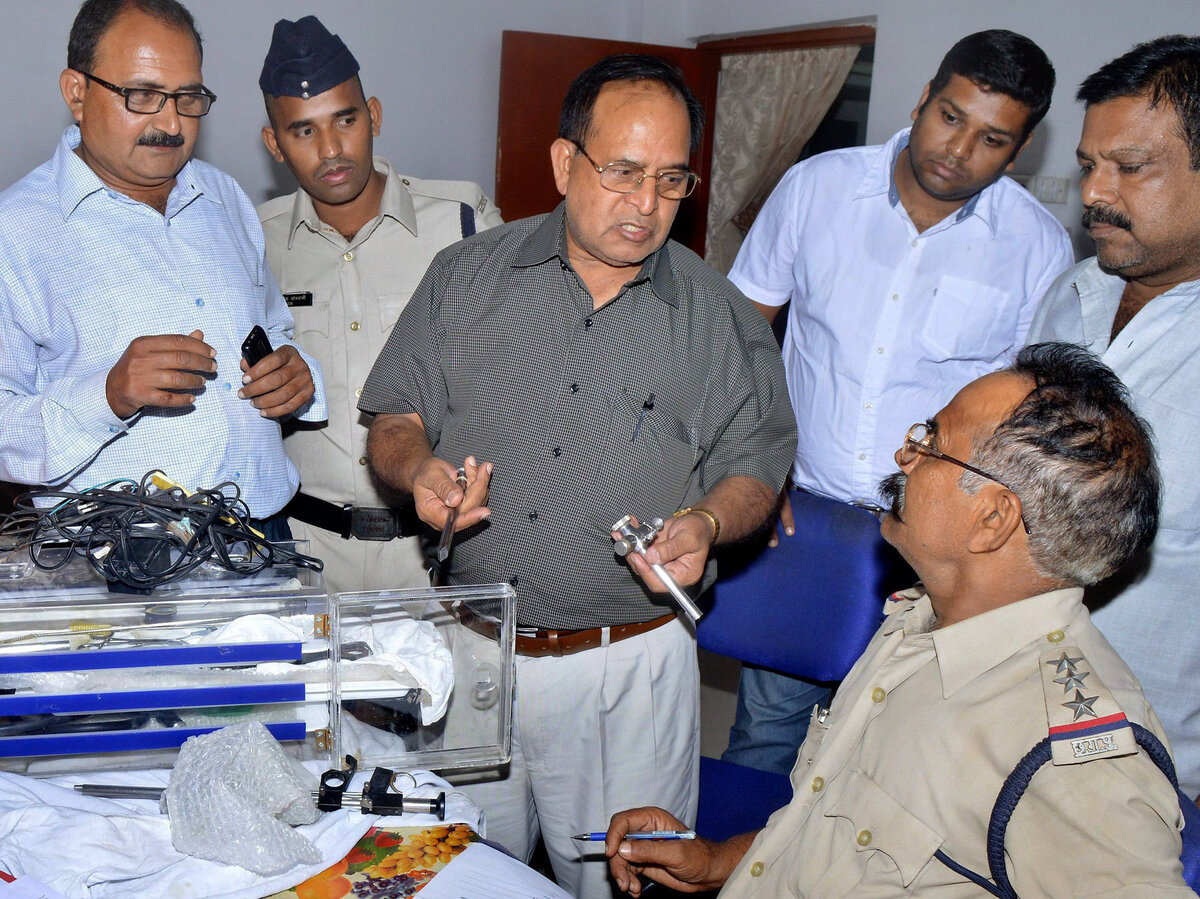 Dr. R.K. Gupta (center), the doctor who conducted sterilization procedures after which at least 13 women died, is interrogated by police in Bilaspur, India, on Thursday.

The Indian doctor at the center of botched sterilizations that have led to at least 13 deaths has performed more than 50,000 similar operations during his career.

Last Saturday, Dr. R.K. Gupta performed 83 sterilizations in less than three hours at the state-run hospital in Chhattisgarh state in central India. Government rules forbid surgeons from performing more than 30 such procedures per day. But in January, the state government had honored Gupta for performing 50,000 laparoscopic tubectomies.

Gupta, who was arrested late Wednesday in connection with the deaths, told Reuters that he had been made "a scapegoat." The Associated Press reported that he had been charged with culpable homicide not amounting to murder.

"It is the administration which is responsible for this incident," Gupta told Reuters after his arrest.

He blamed adulterated medicines for the deaths. Here's more from Reuters:

"Gupta said health workers gave the women ciprofloxacin, a commonly prescribed antibiotic, and the painkiller ibuprofen after operations conducted at the weekend in a grimy room of an unused private hospital in a village called Pandari."

Thirteen women died following the procedures. Scores are in hospital. But Reuters noted that another doctor had operated on some of the women. Gupta told the agency that was evidence he wasn't to blame.

The government of Chhattisgarh, one of India's poorest states, banned medicines and medical products used at Gupta's facility.

Sterilizations have a long and sometimes dark history in India, which has struggled for decades with reining in its population growth. The AP has more:

"Experts say the deaths are the result of a lack of medical oversight and because of sterilization targets set by the Indian government as part of its efforts to stabilize the country's booming population.

"In the 1970s, Prime Minister Indira Gandhi imposed a policy of forcibly sterilizing men who had already fathered two children. Opponents said the program targeted unmarried and poor men, with doctors given bonuses for operating on low-income patients.

"India's government said it stopped setting targets for sterilizing women in the 1990s. But doctors and human rights workers have alleged for years that targets exist, which would lead to inevitable coercion in villages where most people have limited access to education and health care."

Sterilizations are the No. 1 method of birth control among women in India.