Accessibility links
Climate Change To Make Lightning More Common, Study Says : The Two-Way Researchers writing in the journal Science say that if the rate of global warming goes unchecked, the frequency of lightning strikes will increase by 50 percent. 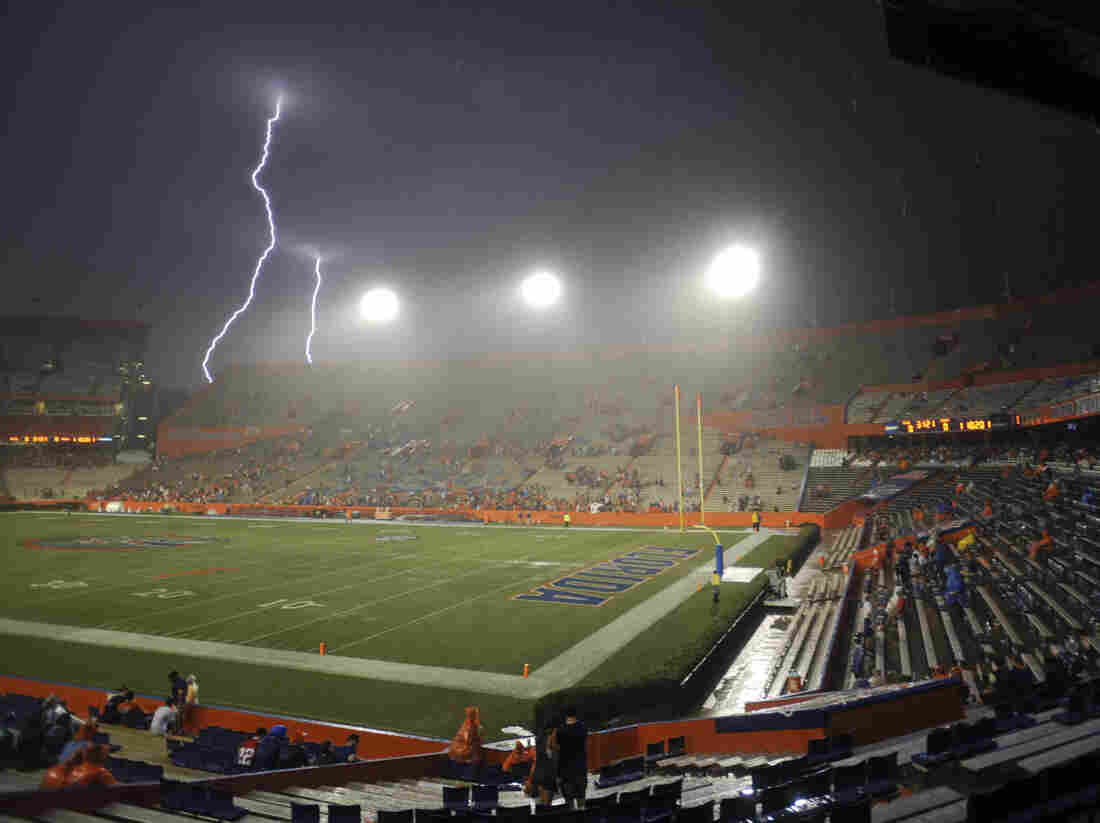 Lightning strikes near Ben Hill Griffin Stadium at Florida Field in Gainesville, Fla., in August. A new study says a rise in average global temperatures due to climate change will increase the frequency of lightning strikes. Phil Sandlin/AP hide caption 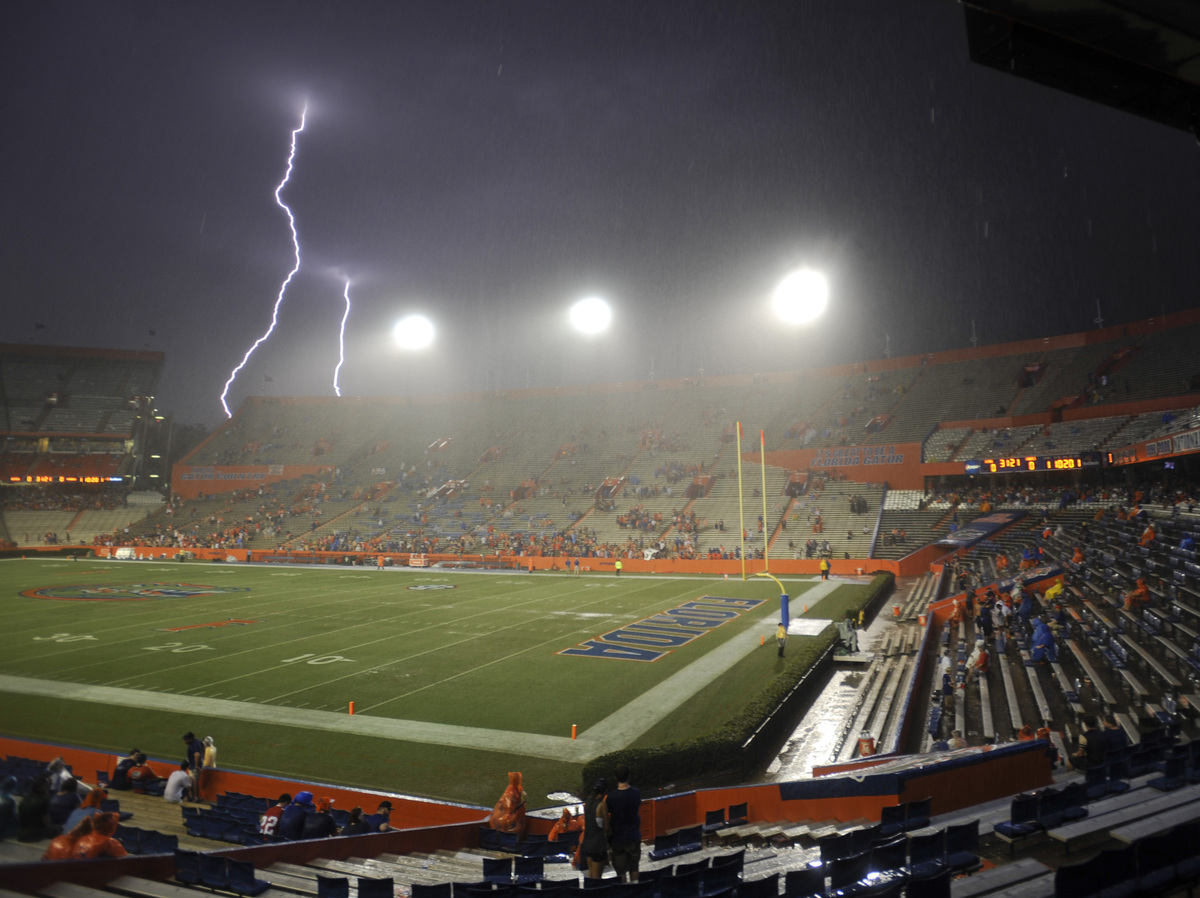 Lightning strikes near Ben Hill Griffin Stadium at Florida Field in Gainesville, Fla., in August. A new study says a rise in average global temperatures due to climate change will increase the frequency of lightning strikes.

The likelihood of getting struck by lightning has long been a metaphor for something with an exceedingly remote probability.

But that could be changing.

A new study in the journal Science says that temperature increases due to climate change are ushering in a new era that could mean by the end of the century lightning strikes will be about half again as common as they were at the start of this century.

That's because lightning occurs more frequently when it's hotter. To wit, Florida leads in lightning fatalities, with 32 since 2006, according to The Weather Channel (followed by Louisiana, Mississippi, Alabama and Arkansas).

There's a more detailed analysis of lightning fatalities for the period 1990-2003 from the National Lightning Safety Institute here. (To be sure, there are clearly other factors, such as population density, when it comes to fatalities, as the website makes clear.)

In the new study, a team of researchers led by David M. Romps predicts that the frequency of lightning strikes will increase about 12 percent for every degree of rise in the average global temperature. If current trends in warming continue unchecked, it could result in a 50 percent increase in lightning strikes by 2100, the authors of the study say.

Romps says temperature fuels lightning and that his team's conclusions are based on the fact that there will be more heat energy to fuel storm clouds.

"As the planet warms, there will be more of this fuel around, so when thunderstorms get triggered, they will be more energetic," Romps says, according to the BBC.

Mother Jones magazine points out: "lightning strikes are the [principal] cause of wildfires, which are already predicted to become more severe due to global warming. In one 24-hour period in August, lightning in Northern California started 34 wildfires. The study doesn't make any specific predictions about wildfire activity, but knowing about future lightning conditions is an important part of that equation."