Accessibility links
Drugmaker In India's Sterilization Deaths Arrested : The Two-Way Thirteen women are dead and dozens sick after the Nov. 8 procedures at a state-run hospital in central India. The doctor who performed the procedures was arrested Wednesday. 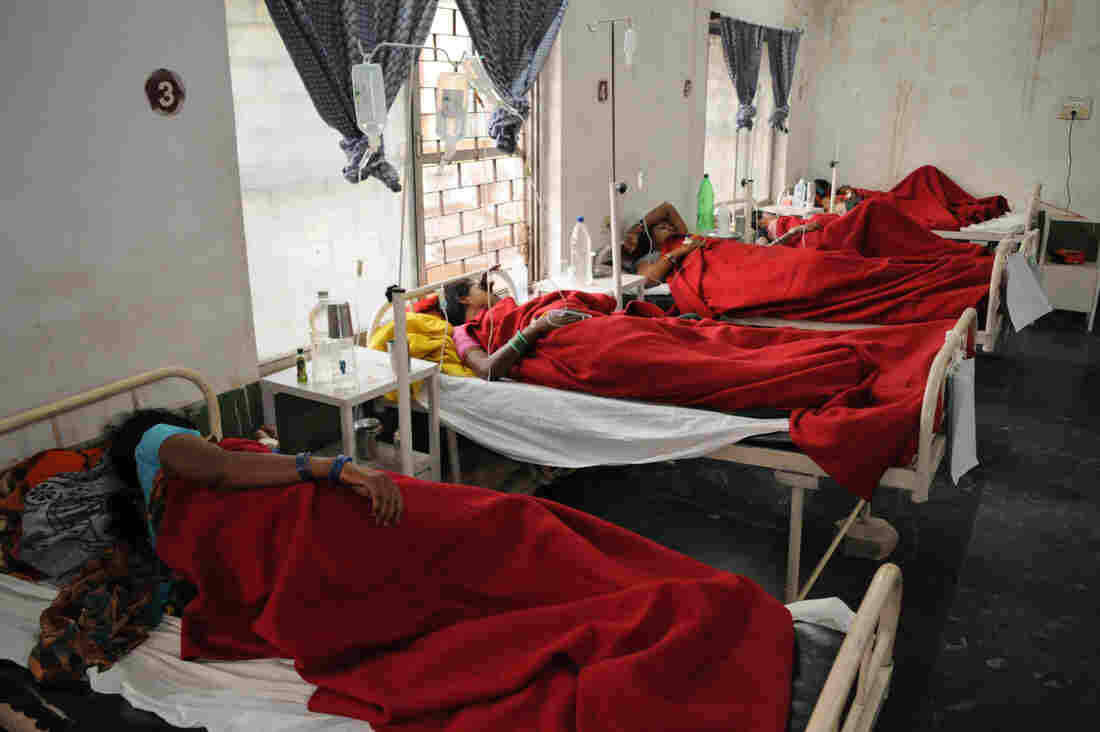 Indian women who underwent sterilizations receive treatment at the District Hospital in Bilaspur, in the central Indian state of Chhattisgarh, on Wednesday. Thirteen women died following the Nov. 8 procedures and dozens more are sick. The doctor who performed the sterilizations and the drug-maker have been arrested. /AP hide caption 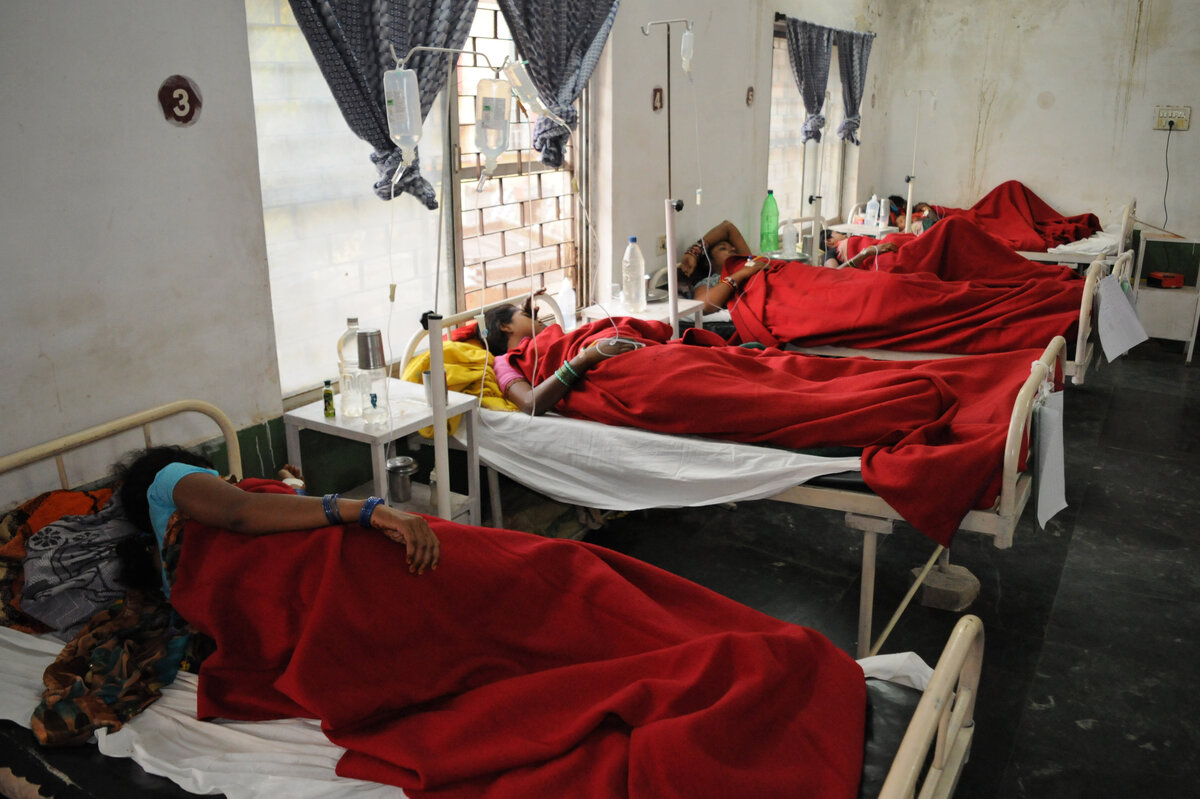 Indian women who underwent sterilizations receive treatment at the District Hospital in Bilaspur, in the central Indian state of Chhattisgarh, on Wednesday. Thirteen women died following the Nov. 8 procedures and dozens more are sick. The doctor who performed the sterilizations and the drug-maker have been arrested.

The director of a pharmaceutical company that Indian authorities say supplied medicines for the mass sterilizations that left 13 women dead was arrested today, and the drugs manufactured by his company banned.

Ramesh Mahwar, the director of Mahawar Pharma Pvt Ltd, was arrested along with his son Sumit and charged with fraud, the Press Trust of India reported, quoting the superintendent of police in Raipur, the capital of Chhattisgarh state where the sterilizations occurred.

The Associated Press reported today that authorities were investigating whether spurious antibiotics and painkillers were to blame for the deaths. Autopsy details haven't yet been made public.

The procedures were performed Nov. 8 at a state-run hospital in a village called Pandari in the central Indian state. One doctor, R.K. Gupta, performed 83 sterilizations in just a few hours. The women were sent home that evening; 13 have died since then and 138 are sick, including some who were operated upon by another doctor.

Government rules forbid surgeons from performing more than 30 such procedures per day, and Gupta was arrested Wednesday. He maintained he was being made a scapegoat, blaming the administration and adulterated medicines.

Gupta has performed more than 50,0000 laproscopic tubectomies during his career, and was feted by the state government for that achievement in January.

Sterilizations are the No. 1 method of birth control among women in the country of 1.2 billion people. U.N. data show that 37 percent of Indian women undergo sterilizations. The corresponding number for men is 1 percent.

As The Guardian notes: "Teaching poorly educated women in remote communities how to use pills or contraceptives is more expensive than the mass sterilization campaigns, and despite successive years of economic growth, governments have systematically chosen the cheaper option."

Critics say that some of those high numbers in India are because of quotas and incentives that prompt doctors to push sterilization on women rather than other methods of contraception. The government says it has had no quota policy in place since the 1990s.

But there is a dark history to sterilizations in India, which adopted the practice after fears of population growth grew in the 1950s.

At first the practice was voluntary. But in the 1970s, sterilizations of those people who had already had two children became mandatory. As The New York Times reported, there were 6 million sterilizations in 1976, three times the number of any previous year. The mandatory sterilizations fell out of favor soon after they were introduced, but critics say the current incentives offered to women who opt for the procedure – the equivalent of about $23, not an insignificant amount in poor parts of India – are "a form of coercion, especially when you are dealing with marginalized communities."