Accessibility links
Comet Lander Sends Back Data, Settles In For A Potentially Long Nap : The Two-Way Mission Control re-established contact with the Philae lander today, but its bumpy landing left it in the shadow of a cliff — a bad spot when you're relying on solar power.

Comet Lander Sends Back Data, Settles In For A Potentially Long Nap

Comet Lander Sends Back Data, Settles In For A Potentially Long Nap 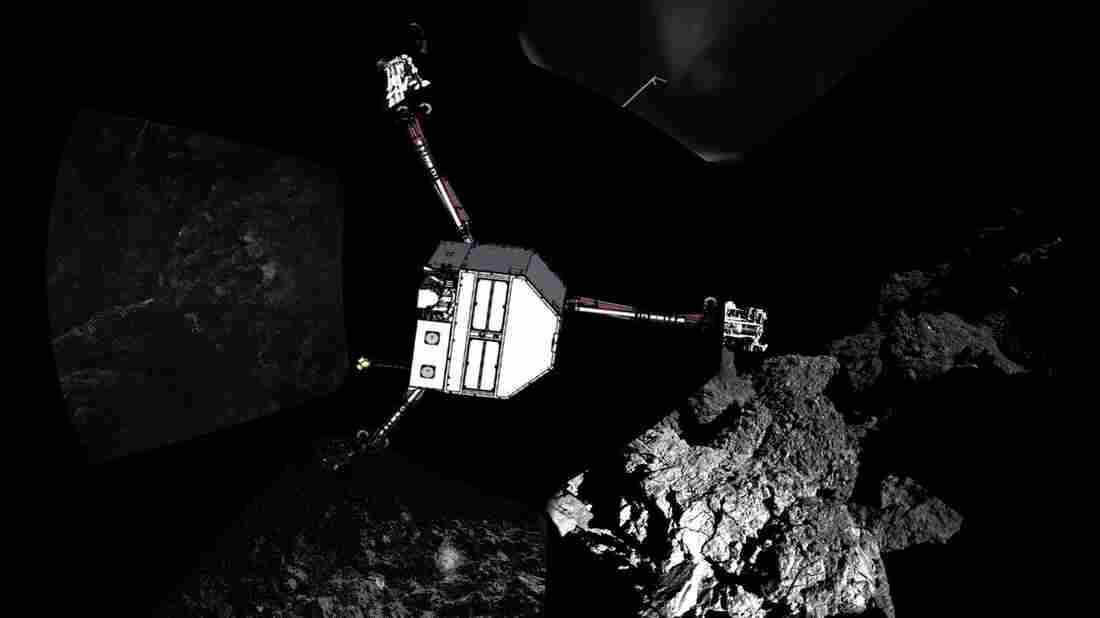 The ESA released this composite panoramic image showing Philae's surroundings on Comet 67P. To illustrate the lander's orientation, the agency superimposed a sketch of the craft. ESA Rosetta/Philae/CIVA hide caption 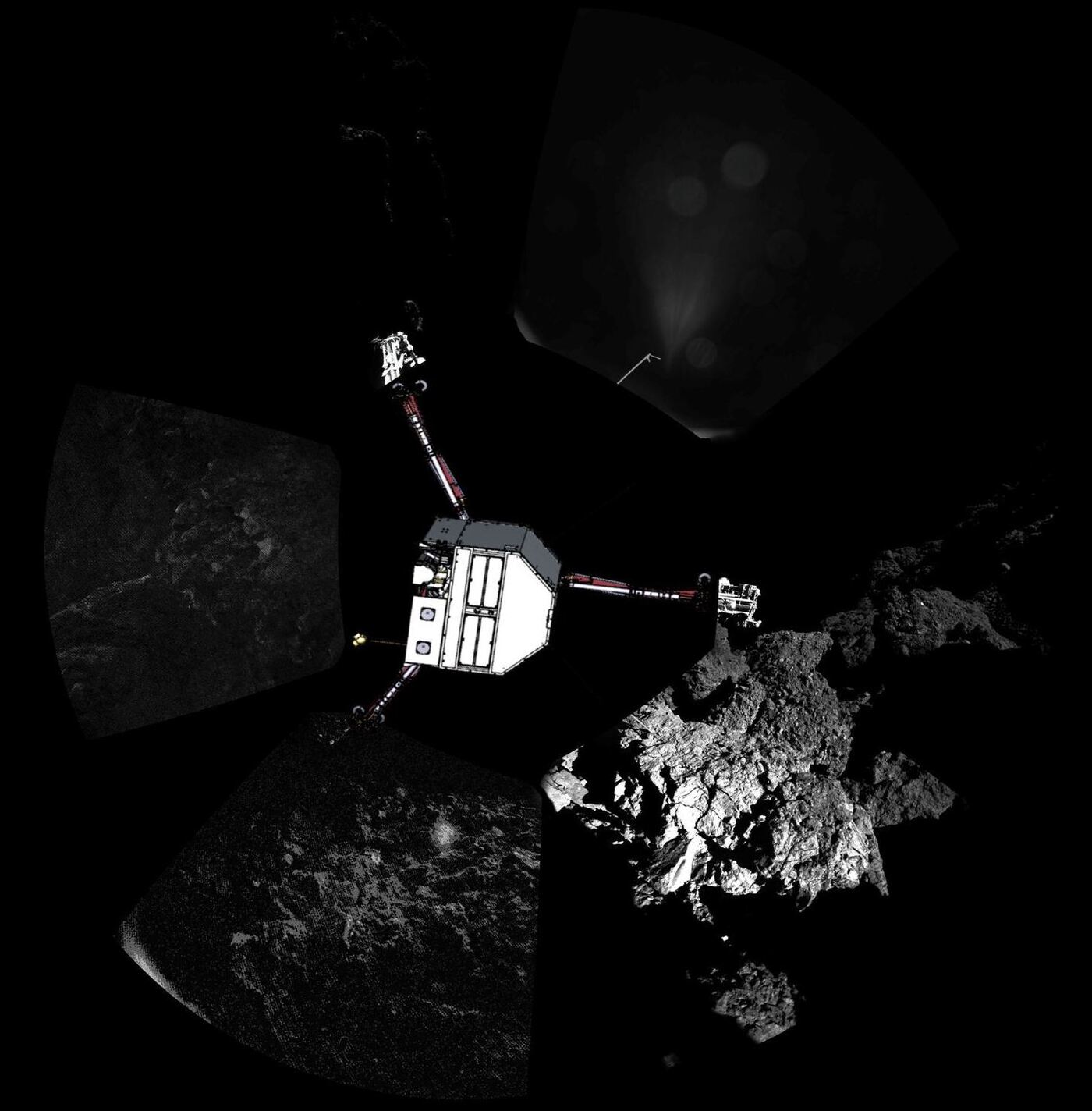 The ESA released this composite panoramic image showing Philae's surroundings on Comet 67P. To illustrate the lander's orientation, the agency superimposed a sketch of the craft.

It's not dead yet! Mission Control has re-established contact with the Philae lander, which is perched on a comet.

"That's quite a feat," NPR's Geoff Brumfiel tells our Newscast Desk. "Philae was supposed to land on a nice flat surface where it could get plenty of solar power — but it bounced and ended up in the shadow of a cliff. So its batteries are running low."

Philae, the first spacecraft to land on a comet and study it, is still sending back scientific data. Today's accomplishments include:

I confirm that my @RosettaSD2 went all the way DOWN and UP again!! First comet drilling is a fact! :) pic.twitter.com/eE3xL8CGk0

It did a little dance.

Also my rotation was successful (35 degrees). Looks like a whole new comet from this angle:)

Power is running low quickly without enough sunlight, the European Space Agency reports on its blog.

But Brumfiel says the mission has already been a success, with all of the data it's been able to send back: "This thing has really had a bright — if slightly short — life on the comet."

.@ESA_Rosetta I'm feeling a bit tired, did you get all my data? I might take a nap… #CometLanding

Update, 9:55 p.m.: With its battery reserves waning, the lander shut down its instruments just before moving out of contact again, the European Space Agency reports.

"From now on, no contact would be possible unless sufficient sunlight falls on the solar panels to generate enough power to wake it up. The possibility that this may happen was boosted this evening when mission controllers sent commands to rotate the lander's main body, to which the solar panels are fixed. This may have exposed more panel area to sunlight."

Before shutting down, the orbit was able to send off all the data it already had collected, the agency reports. The next chance for communication with the lander is about 6 a.m. on Saturday, but that will only happen if its solar panels have managed to collect enough energy by then.