Accessibility links
Putin Gets Frosty Reception At G-20 In Australia : The Two-Way President Obama and Canada's Prime Minister Stephen Harper were among those who gave the Russian leader an earful over Moscow's involvement in Ukraine.

Putin Gets Frosty Reception At G-20 In Australia

Putin Gets Frosty Reception At G-20 In Australia 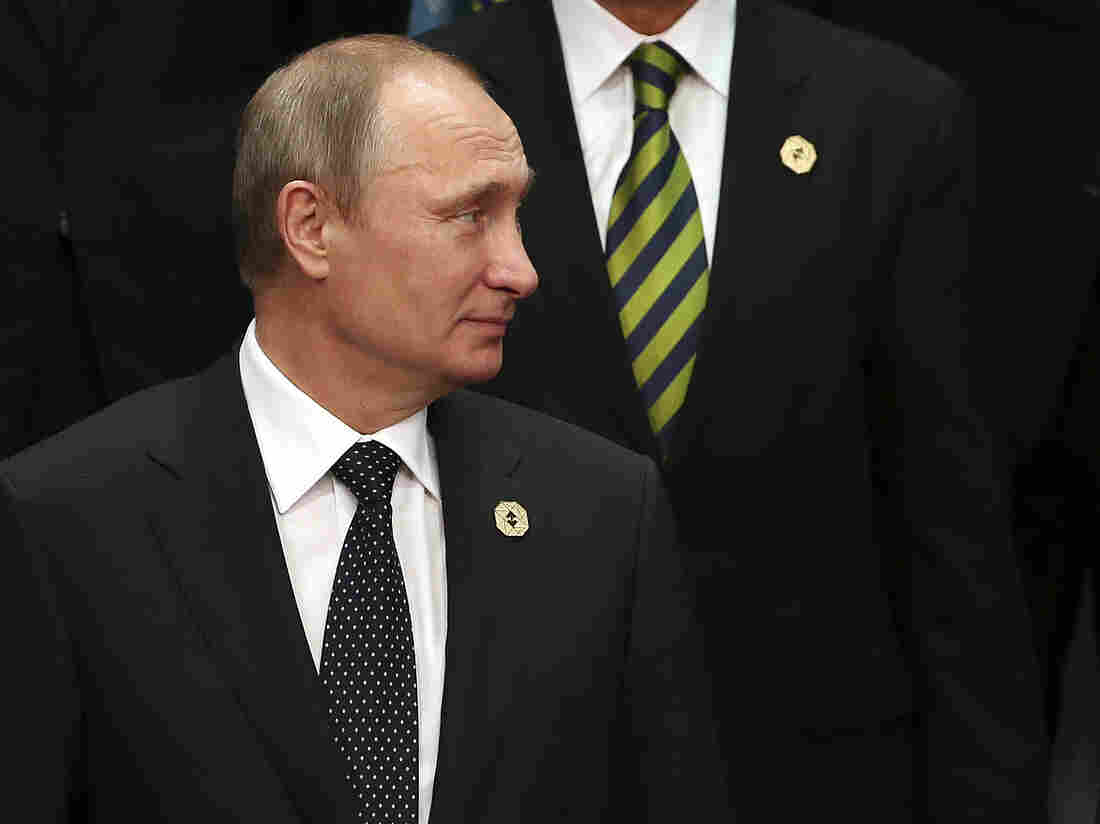 Russian President Vladimir Putin looks to his side during the family photo session of the G-20 summit in Brisbane, Australia, on Saturday. Putin was sternly criticized by Western leaders over Moscow's involvement in eastern Ukraine. Rob Griffith/AP hide caption 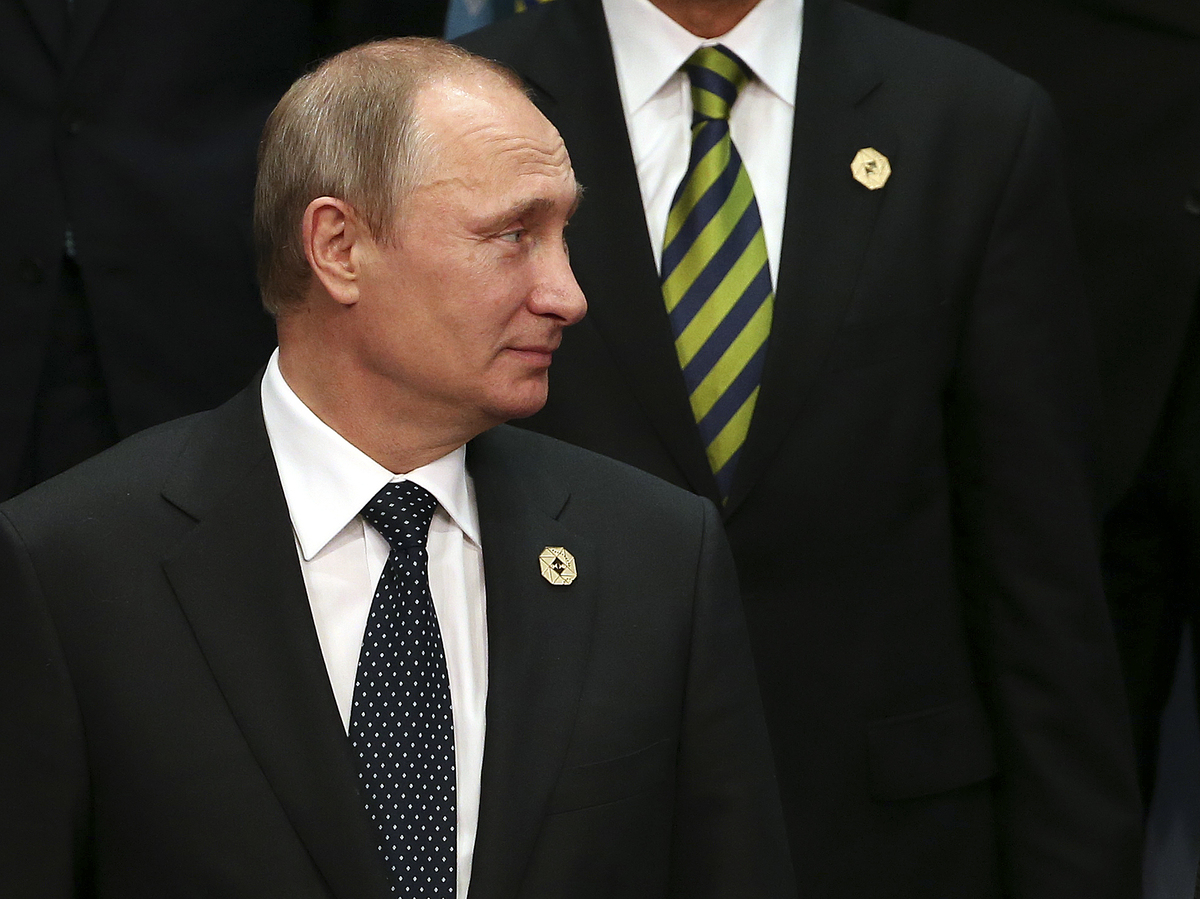 Russian President Vladimir Putin looks to his side during the family photo session of the G-20 summit in Brisbane, Australia, on Saturday. Putin was sternly criticized by Western leaders over Moscow's involvement in eastern Ukraine.

Obama said the United States is on the forefront of "opposing Russia's aggression against Ukraine," and referenced the shooting down of Malaysia Airlines flight MH17 over eastern Ukraine — a move widely blamed on pro-Russia separatists armed with surface-to-air missiles provided by Moscow.

Canada's Prime Minister Stephen Harper was even blunter than Obama: According to a spokesman for Harper, the leader told Putin at the summit: "I guess I'll shake your hand but I have only one thing to say to you: you need to get out of Ukraine."

The BBC reports that British Prime Minister David Cameron said before the summit that there would be "a very different relationship" between Europe and Russia if "we continue to see Russian troops" inside Ukraine, adding that there was "the potential for further sanctions."

The testy encounters come as Russia reportedly sent a flotilla of warships to waters off Australia's northeast. The Kremlin explained that the vessels were testing their operating range in case they were needed to do climate change research in the Antarctic, the Russian embassy in Canberra said, according to News.com.au. And, earlier this week, Russia said it would begin bomber patrols from the Arctic to the Gulf of Mexico, a move viewed by the U.S. and Canada as highly provocative even by old Cold War standards.

Amid the criticism of Russia at the summit, there were reports that Putin would leave the gathering early. But Reuters quotes a Kremlin spokesman as denying that.

As the news agency notes:

"Western nations have imposed successive rounds of sanctions on Moscow, accusing it of sending troops and tanks to back pro-Russian rebels fighting to break away from Ukraine. Russia denies the charges."

"The measures, aimed at sectors like oil and banking, as well as individuals close to Putin, are squeezing Russia's economy at a time when falling oil prices are straining the budget and the rouble has plunged on financial markets."