Accessibility links
Boko Haram Seizes Town That Is Home To Kidnapped Schoolgirls : The Two-Way The rebel group that abducted nearly 300 girls in April has captured the town where they were taken, dashing faint hopes that a cease-fire deal with the government could still be salvaged.

Boko Haram Seizes Town That Is Home To Kidnapped Schoolgirls

Boko Haram Seizes Town That Is Home To Kidnapped Schoolgirls 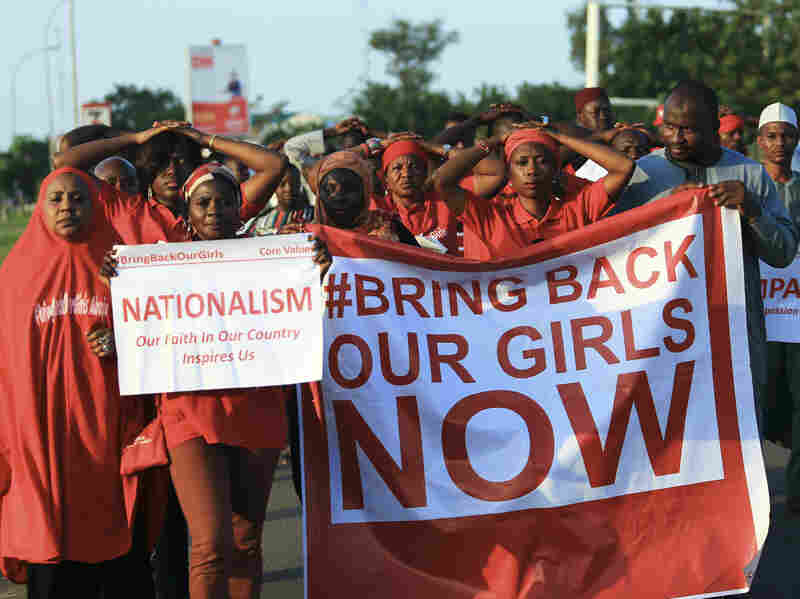 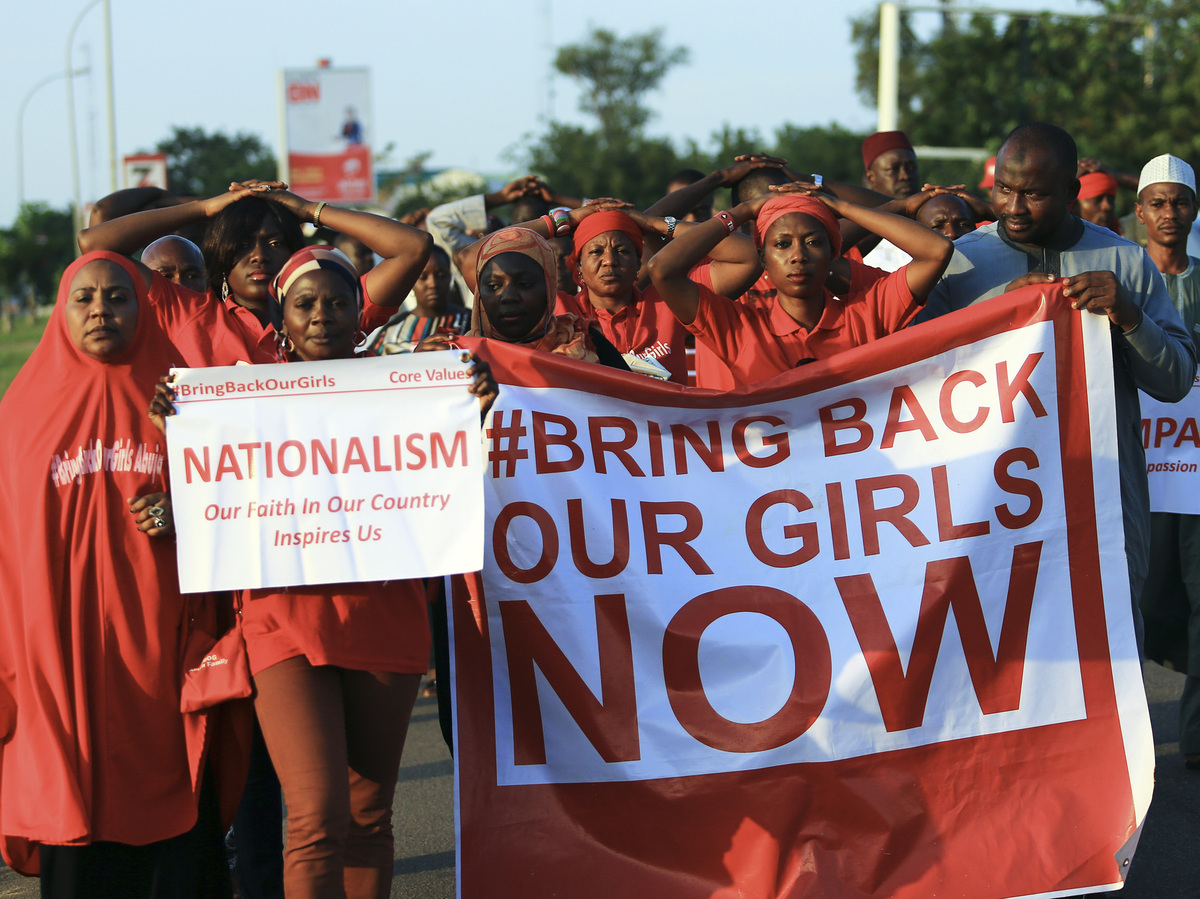 #BringBackOurGirls" campaigners participate in a lamentation parade in Abuja, in early November, as more towns in Nigeria come under attack from Boko Haram.

Boko Haram, the Nigerian rebel group that kidnapped nearly 300 schoolgirls in April, has seized the northeastern town where the girls were abducted.

"The militants attacked at about 4pm on Thursday, destroying communications masts and forcing residents to flee, according to witnesses. One described running past bodies strewn on a street.

"The fall of Chibok is hugely symbolic. The town in north-east Nigeria became the centre of world attention in April when Boko Haram fighters stormed the government girls secondary school, forced students onto trucks and drove them into the bush. There was a global Twitter campaign, #BringBackOurGirls, and criticism of the government's response."

Last month, the Nigerian government announced a cease-fire with Boko Haram, insisting that it included a deal to return the kidnapped girls. But the promise cited by the government was never fulfilled and soon more girls were kidnapped by the group.

The Associated Press reports: "In a separate development, police say a car bomb has exploded in northern Kano city tonight, killing at least six people including three police officers. The city is the second largest population center in Nigeria. There's been no claim of responsibility for the bomb, but Boko Haram extremists have detonated them in Kano in the past."