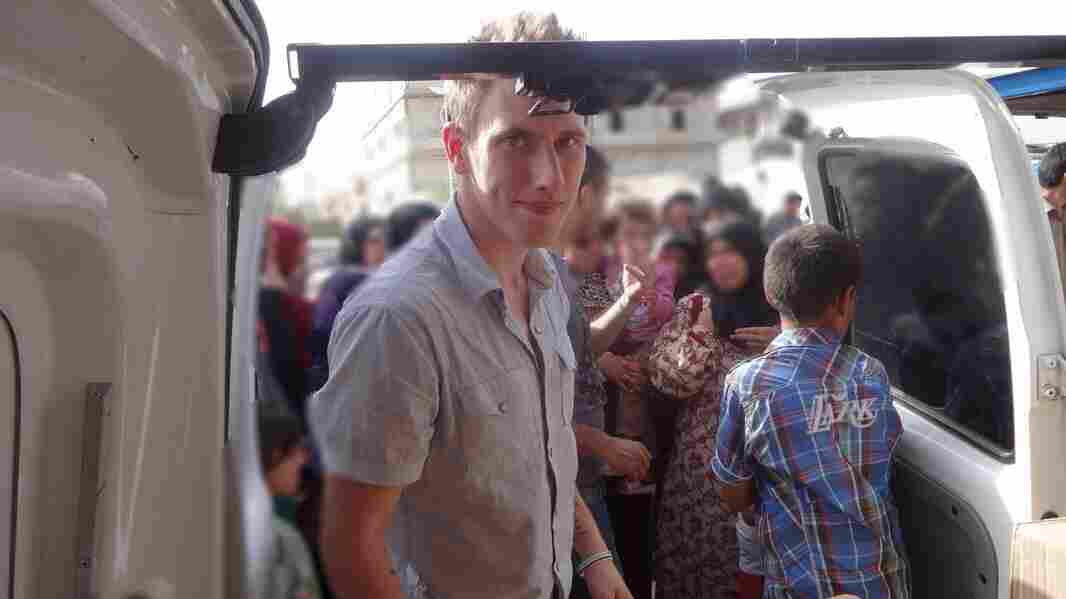 Peter Kassig, who changed his first name to Abdul-Rahman when he converted to Islam, is shown with a truck filled with aid supplies for Syrian refugees. Courtesy of Kassig family hide caption 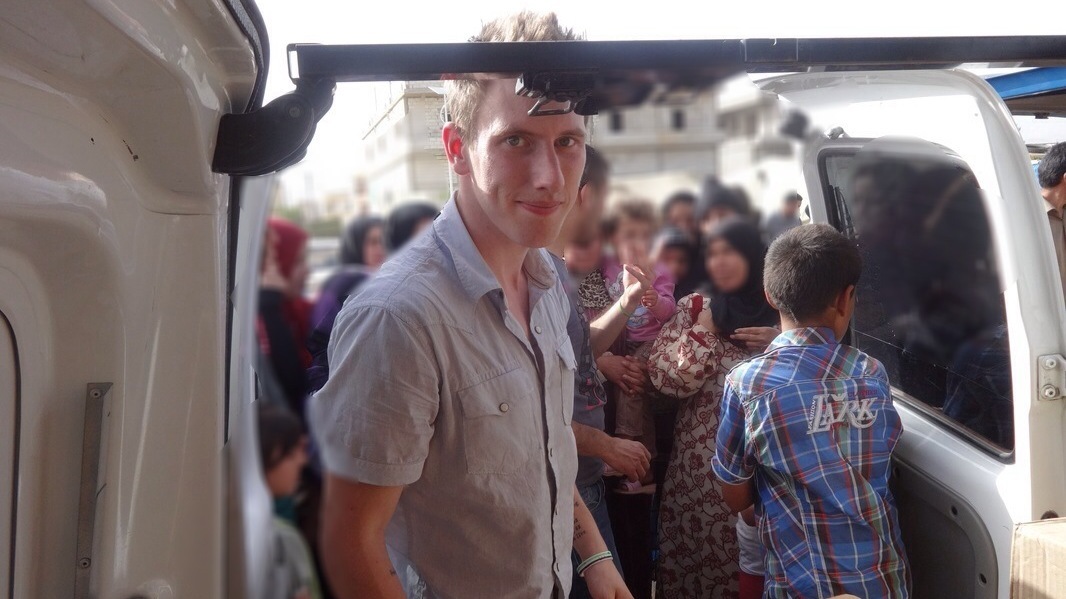 Peter Kassig, who changed his first name to Abdul-Rahman when he converted to Islam, is shown with a truck filled with aid supplies for Syrian refugees.

The White House has confirmed that a video released by the self-declared Islamic State that shows the beheading of hostage Peter Kassig, an American aid worker in Syria who was kidnapped in 2013, is authentic.

President Obama said in a statement that he offered his condolences to the family, describing the beheading as "an act of pure evil."

"Like Jim Foley and Steven Sotloff before him, his life and deeds stand in stark contrast to everything that ISIL represents," Obama said of Kassig. "While ISIL revels in the slaughter of innocents, including Muslims, and is bent only on sowing death and destruction, Abdul-Rahman [Kassig] was a humanitarian who worked to save the lives of Syrians injured and dispossessed by the Syrian conflict."

"It differs from previous filmed deaths of American hostages," Fordham says. "It also features gruesome beheadings of Syrian soldiers, a history of the group and the U.S.-led invasion of Iraq and a meditation on the nature of Baghdad as a Sunni city."

At the end of the video, a masked man with a British accent and a knife is shown standing over what appears to be a bloody head, which he claims is Kassig's, Fordham says.

Kassig's family said he converted to Islam and changed his first name to Abdul-Rahman after his capture.

In a statement released by his parents, Ed and Paula Kassig, after the video was authenticated, the couple said they were "heartbroken to learn that our son, Abdul-Rahman Peter Kassig, has lost his life as a result of his love for the Syrian people and his desire to ease their suffering.

"We are incredibly proud of our son for living his life according to his humanitarian calling. We will work every day to keep his legacy alive as best we can," they said.

Kassig served as an Army Ranger and was deployed once to Iraq, according to the Pentagon. He told CNN in 2012 that he went to the Middle East because there's a sense that there's no hope in that area of the world.

"We each get one life, and that's it. We get one shot at this, and we don't get any do-overs, and for me, it was time to put up or shut up," he told CNN. "The way I saw it, I didn't have a choice. This is what I was put here to do. I guess I am just a hopeless romantic, and I am an idealist, and I believe in hopeless causes."

Kassig's capture had been under a media blackout until last month, when he appeared in a video in October showing the beheading of British aid worker Alan Henning.