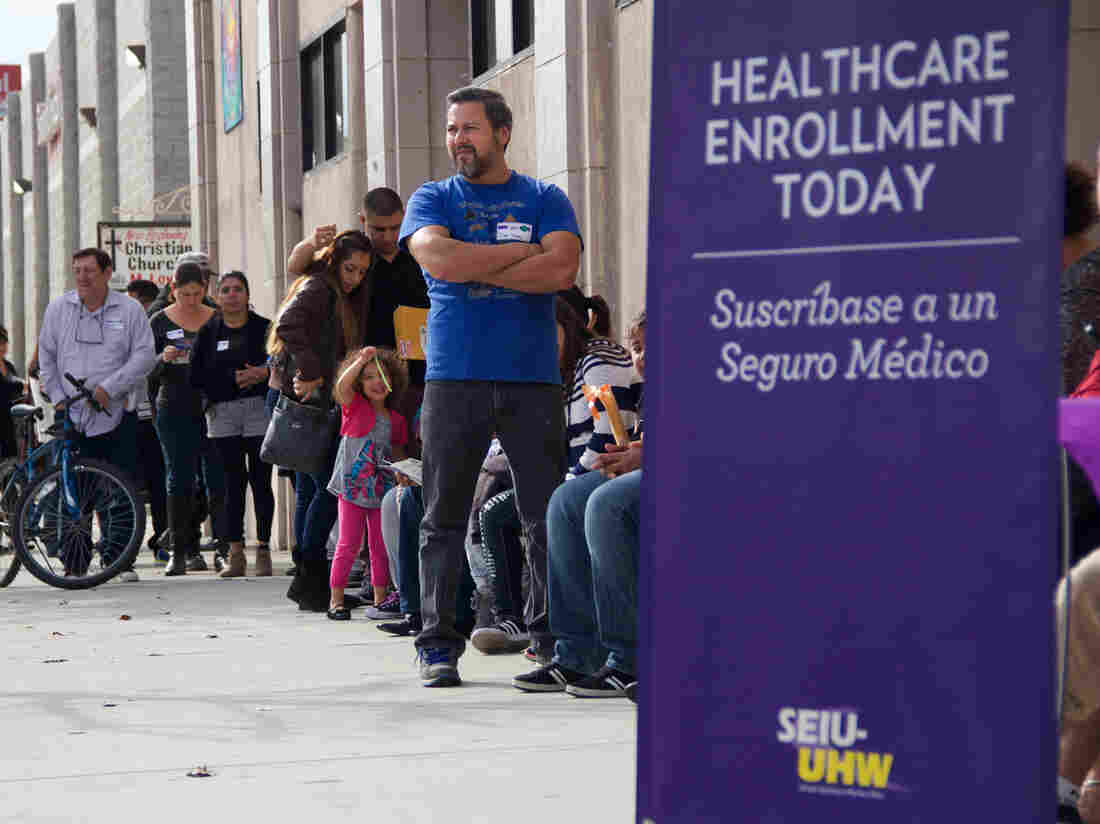 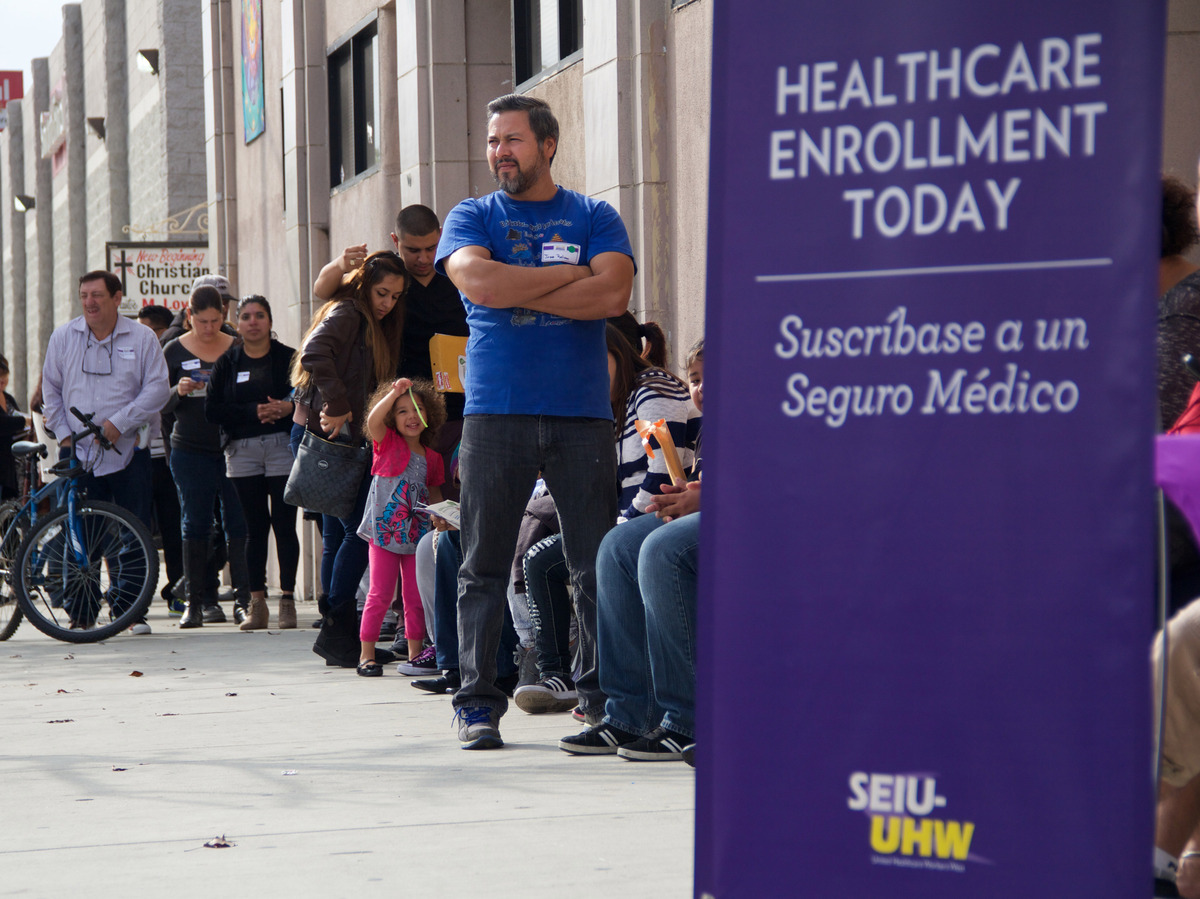 The second enrollment period at HealthCare.gov began Saturday, and so far, it's gone much more smoothly than the start of last year's first open enrollment, which was full of glitches and saw only a handful of people able to enroll the first day.

The Department of Health and Human Services said that on Saturday alone, more than 100,000 people applied for healthcare on the site, and more than half a million people logged on.

NPR's Elise Hu previously reported that the healthcare.gov users are seeing this weekend is a substantially faster, better website that it was last year:

Its load times have improved substantially, and the administration says it can handle twice as much traffic volume as last year. For customers shopping for coverage, you actually browse plans — get a sense of what they cost, check eligibility for tax credits ... and decide whether you want to buy.

Hu also found that the site has a new system in place to detect traffic overloads faster, and programmers from the Department of Homeland Security are trying to hack the site to make sure it's safe.

Health and Human Services Secretary Sylvia Burwell went on NBC's Meet The Press Sunday and said the website works. "I think the vast majority of people coming to the site were able to get on and do what they were intending to do," said Burwell.

But she admitted that even as the number of Americans without health insurance continues to drop, and as more Americans began to take advantage of some of the benefits of the Affordable Care Act, lots of Americans are still dissatisfied with the law.

Polling on the ACA continues to find that about half of Americans have negative feelings about the law, though people who enroll in plans through government exchanges are generally satisfied with their coverage.

Meanwhile, comments made by one of the architects of the law continues to draw criticism. Video recently surfaced of MIT economist Jonathan Gruber saying the "stupidity of the American voter" helped get the law passed. The Obama administration has already distanced itself from Gruber's statements, and Republicans are strongly condemning the remarks.

But that might be less of a problem for the ACA than the new Congress, which will have both chambers controlled by Republicans in its new term. Several members of the party say repealing Obamacare will be their first order of business.