Accessibility links
'Flying Doughnuts': Airbus Files Patent For A New Kind Of Plane : The Two-Way The new design would seat passengers within a circular seating area rather than in short rows inside a tube. 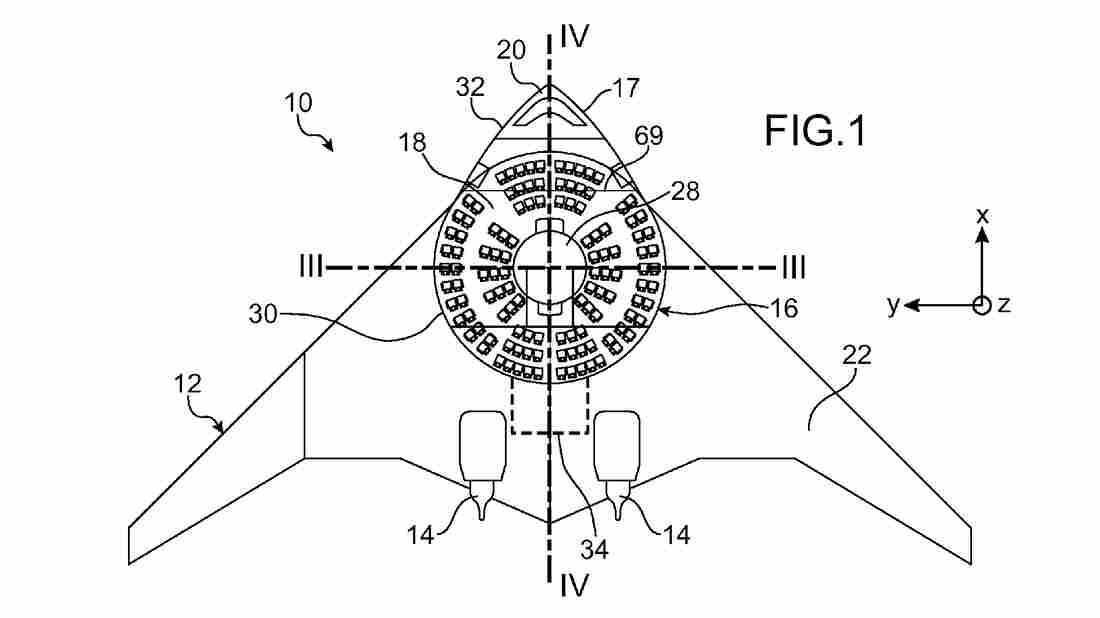 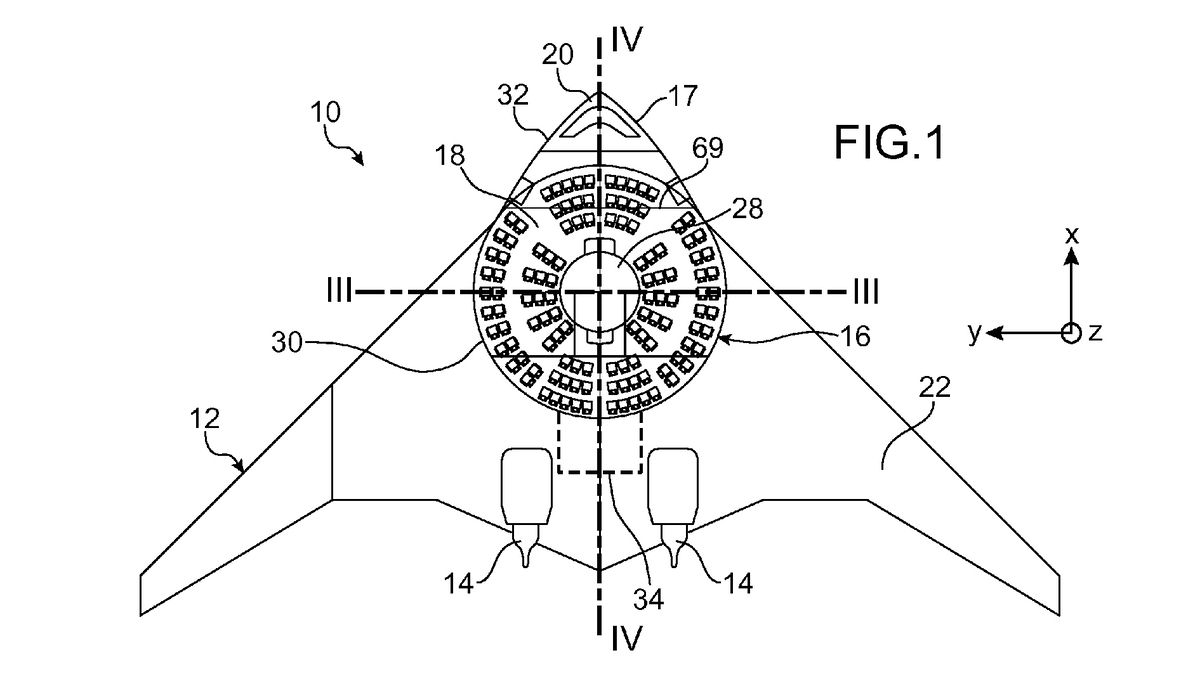 Airbus has filed a patent for a new plane that looks decidedly more Star Trek Enterprise than airplane.

According to the patent application, the craft would address a long-standing problem for plane designers — pressurized cabins, which stress planes on the front and back ends and require heavy, reinforced frames.

The patent says the new design would distribute that pressure in a way that would be more "economic and efficient."

Airbus says the design also has an additional benefit: Seating passengers in a circle, doughnut-style, allows for more fliers than the old-fashioned paper-towel-holder-with-two-wings.

"An approximately cylindrical geometry limits possibilities for increasing the passenger carrying capacity of the aircraft," the patent says.

Airbus spokesman Justin Dubon, though, told NPR that the design is not currently in production — and may never be. Dubon says the company files more than 600 patents every year.

"Some of these become the seed for other ideas with practical use," he says.

Still, Dubon says, "There are some very clever people here that have fantastic ideas. And who knows? Maybe one day they will come to light."

In the meantime, Airbus may want to start redesigning the drink carts to handle curves.