Accessibility links
A Day After Attack, Worshippers Return To Jerusalem Synagogue : The Two-Way Israeli troops also razed the home of a Palestinian suspected in an earlier attack, signaling that the government will continue with the controversial practice. 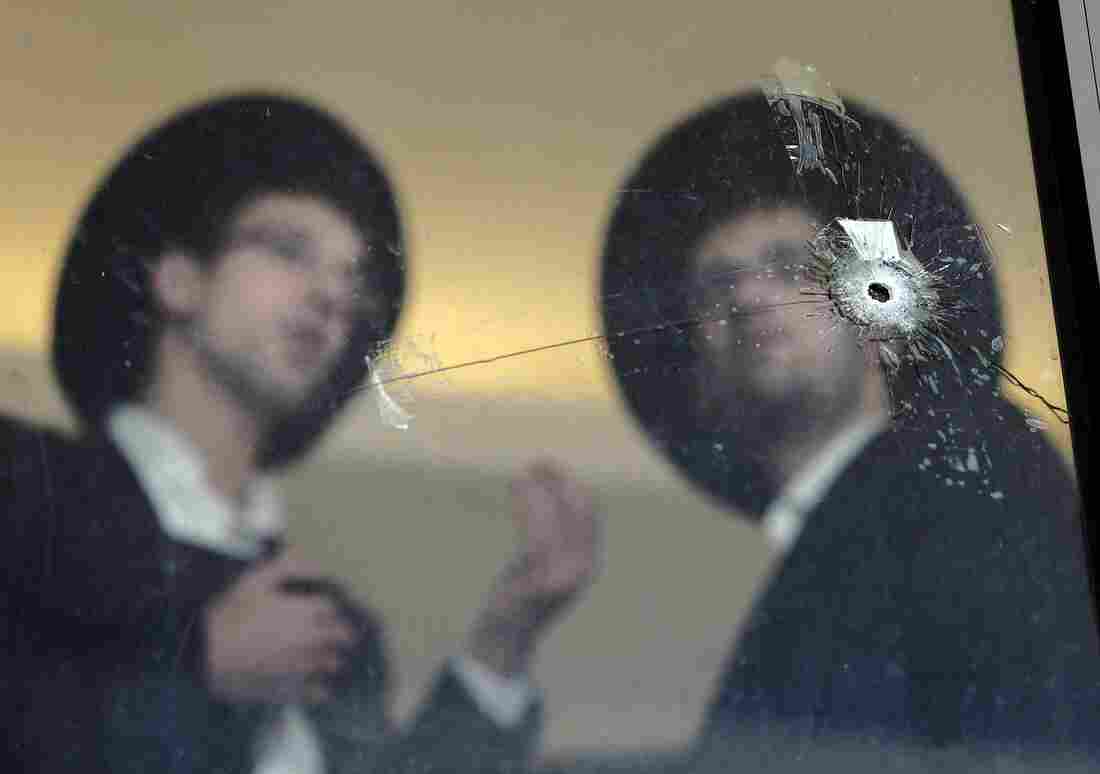 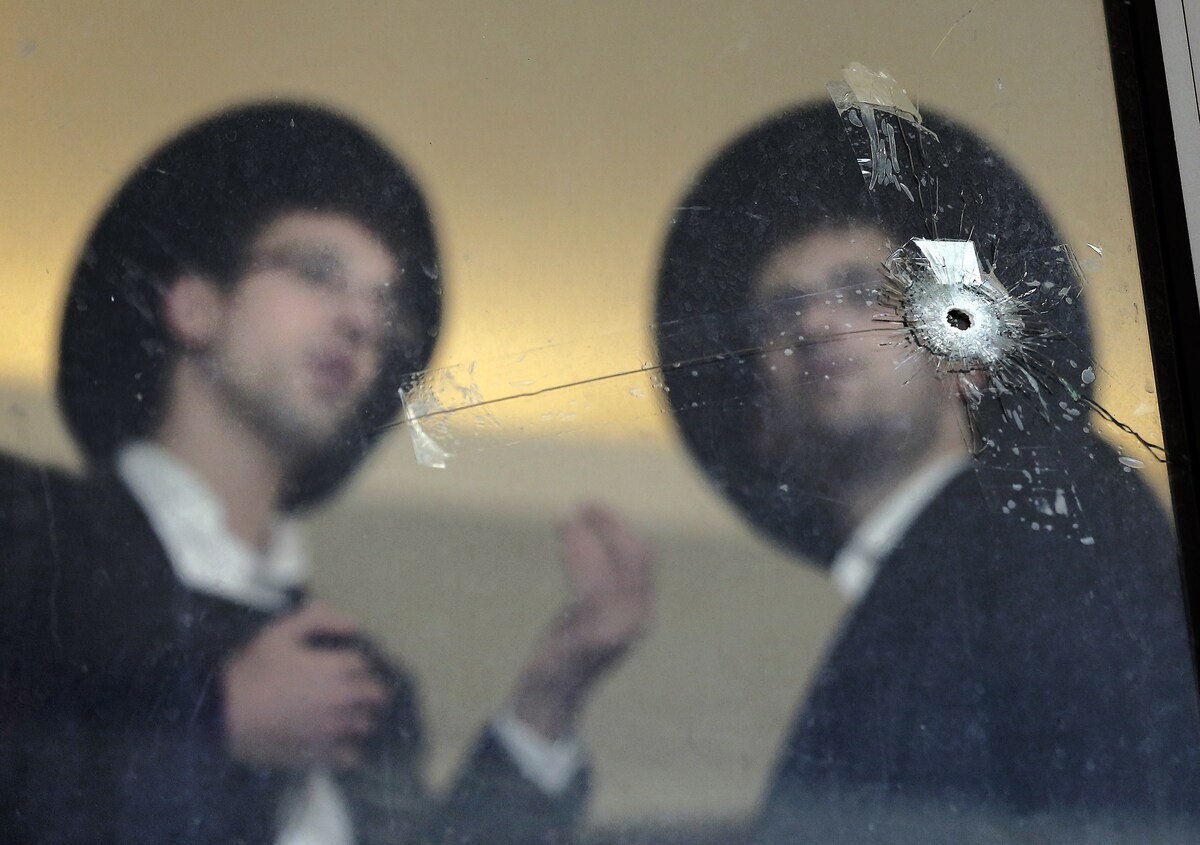 Ultra Orthodox Jews look at bullet holes in the main window of a synagogue in Jerusalem on Wednesday.

A day after an attack that left five dead at a Jerusalem synagogue, worshippers returned for morning prayers.

"At the Kehilat Bnai Torah synagogue in the western neighborhood of Har Nof — attacked Tuesday by two Palestinian cousins wielding meat cleavers, knives and a handgun — people sought comfort in prayer. Those killed included four members of the congregation and an Israeli policeman trying to stop the attack. Israeli security forces killed both assailants in a subsequent shootout.

"One of the worshippers, Gavriel Cohen, said Wednesday that the attack showed 'that our future in this world is dependent on God.' "

The Wall Street Journal notes that Israeli troops also razed the home of a Palestinian man suspected in an earlier attack, signaling that the government would move forward with that controversial tactic.

"The East Jerusalem homes of the alleged synagogue attackers were expected to be demolished later Wednesday on government orders. The demolitions — punitive measures against the families of attackers — mark the return of the practice, which is condemned by many countries, including the U.S.

"But it has backers in Israel, including many centrists, who argue it has deterred past terrorist attacks and will continue again as the crisis widens in Jerusalem. The city has been roiled by unrest for more than four months, fanned by a feud over the city's most sensitive holy site, the Temple Mount.

As we reported, the attack comes amid heightened tensions in the region. Jews and Muslims have been at odds over the closure of the Al-Aqsa Mosque compound, which Jews call the Temple Mount. As NPR's Emily Harris reported, because the site is holy to both sides, they have clashed over access. Remember, it was a visit to the Al-Aqsa Mosque by former Israeli Prime Minister Ariel Sharon in 2000 that sparked a series of riots that turned into the Second Intifada, or Palestinian uprising.