Accessibility links
Buffalo, Parts Of Upper Midwest Brace For More Snow : The Two-Way With more than 5 feet already on the ground in some areas of western New York state, another 3 feet is forecast. Worse yet, warming temperatures over the weekend could turn much of it to floodwater. 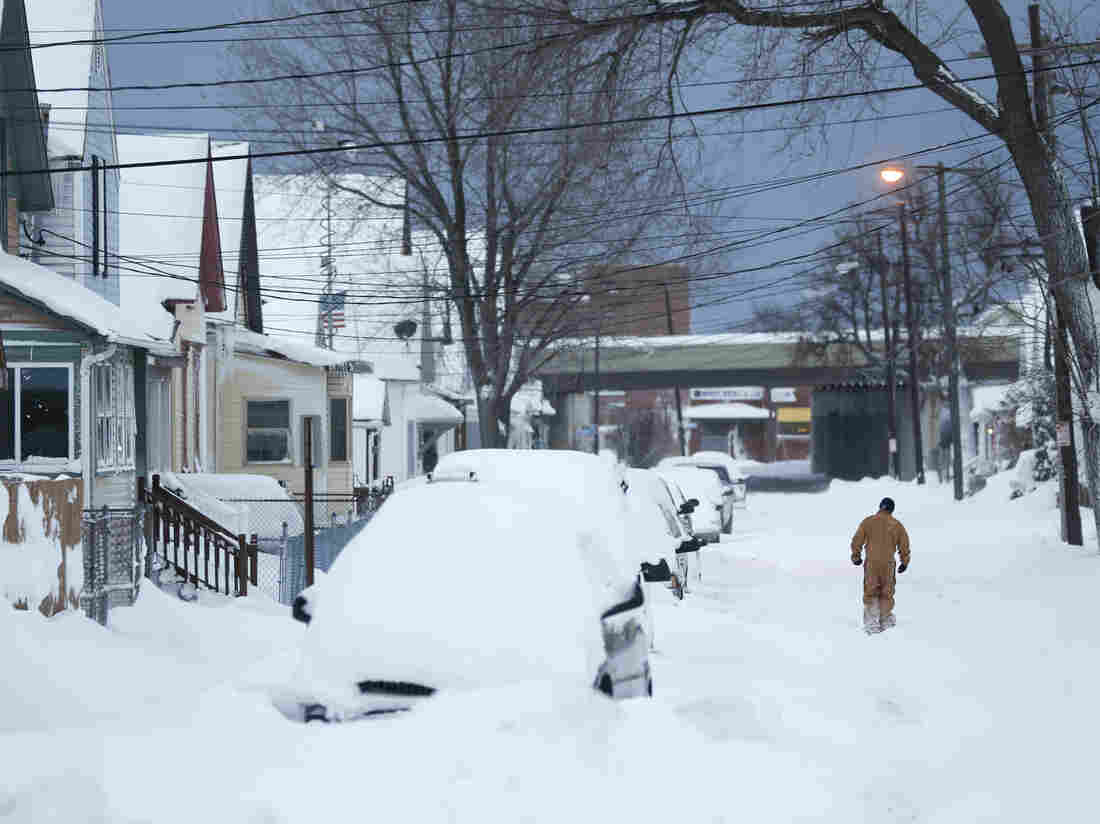 A man walks along a snow-covered street Thursday. Some areas of northern and western New York state could get a combined total of 8 feet of snow this week. Mike Groll/AP hide caption 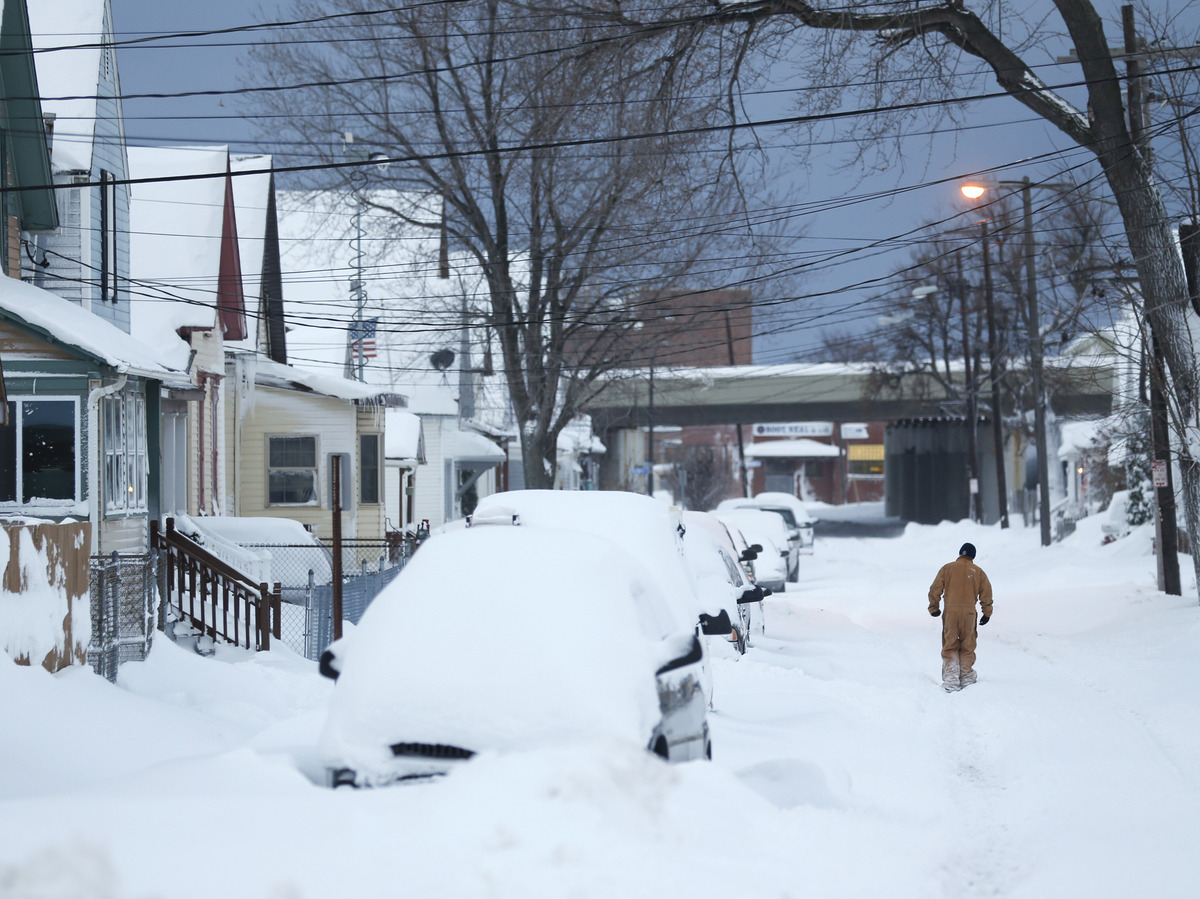 A man walks along a snow-covered street Thursday. Some areas of northern and western New York state could get a combined total of 8 feet of snow this week.

The good people of Buffalo are certainly no strangers to snow — but this week has put even the city's most seasoned winter veterans to the test.

The latest from the National Weather Service is that parts of western New York state could get another 3 feet of lake-effect snow on top of the 5.5 feet already on the ground. At least 10 deaths are attributed to this week's severe weather.

Weather Underground meteorologist Jeff Masters says: "Extreme atmospheric instability due to relatively warm waters in the lake were responsible for the intensity of the storm."

Member station WBFO in Buffalo spoke with a snow plow driver who said it's more snow than he'd ever seen. And The Associated Press describes the winter storm as "the kind of onslaught folks will be telling their grandchildren about."

When the mercury rises as forecast over the weekend, bringing 60-degree temperatures and rain, all of that snow will turn to floodwater.

"This is an historic event," Cuomo said. "When all is said and done, this snowstorm will break all sorts of records."

The AP reports: "The storm came in so fast and furious over Lake Erie early Tuesday it trapped more than 100 vehicles along a 132-mile stretch of the New York State Thruway that remained closed Wednesday."

And The Washington Post says: "The lake effect wall of snow left wildly varying snow totals across the region: one side of Cheektowaga, N.Y., had at least 51 inches of snow Tuesday; the other side of town recorded just 2 inches."

In northern Wisconsin and parts of Michigan, up to 2 feet have fallen, and a bit more snow is expected there today. The western half of Michigan remains under a winter storm advisory, and parts of the state's extreme north have been issued a lake-effect snow warning.

NPR's Northeast Bureau Chief Andrea de Leon says more snow is falling in the Buffalo area. "Snow totals vary widely from place to place, [but] the worst of today's snow is to the south and east of Buffalo," Andrea says.

"The towns of Seneca, West Seneca, Lancaster, and Lackawanna may see the brunt of the new accumulation," she says.