Accessibility links
Swedish Appeals Court Upholds Detention Order For Julian Assange : The Two-Way Prosecutors want to question the WikiLeaks founder, who has taken refuge in the Ecuadorean Embassy in London, over allegations that he sexually assaulted two women in 2010. 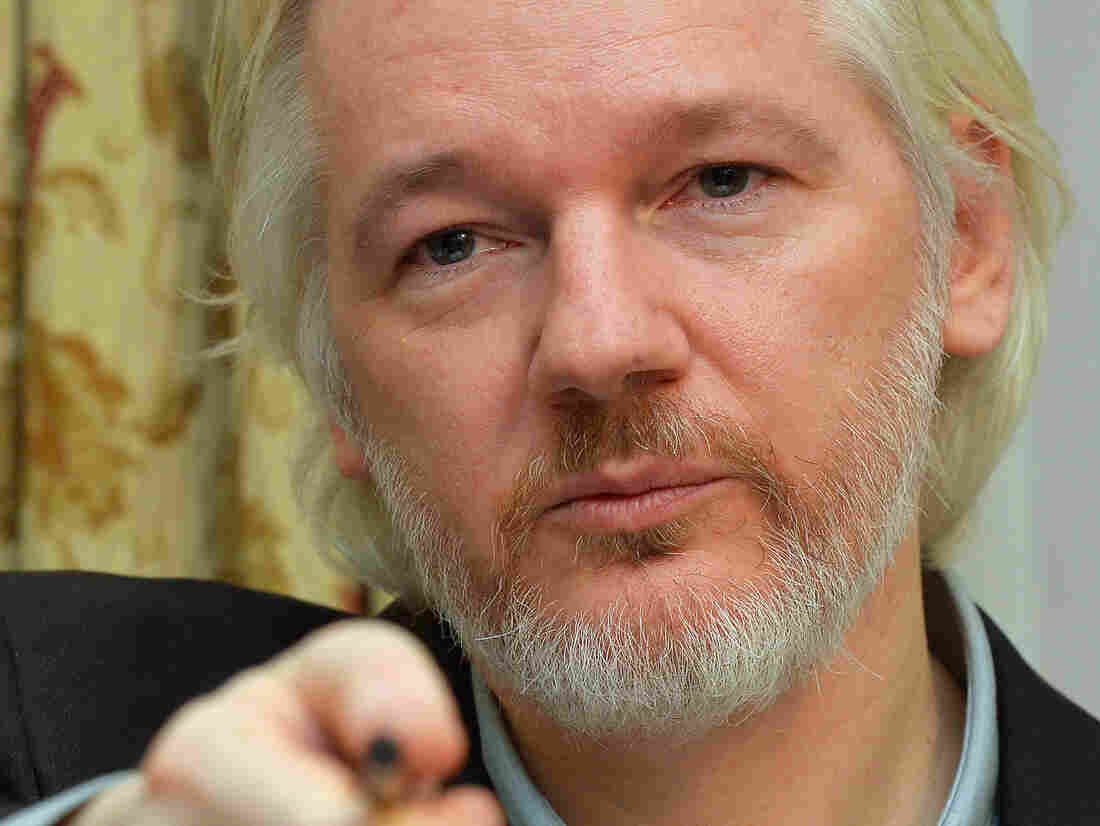 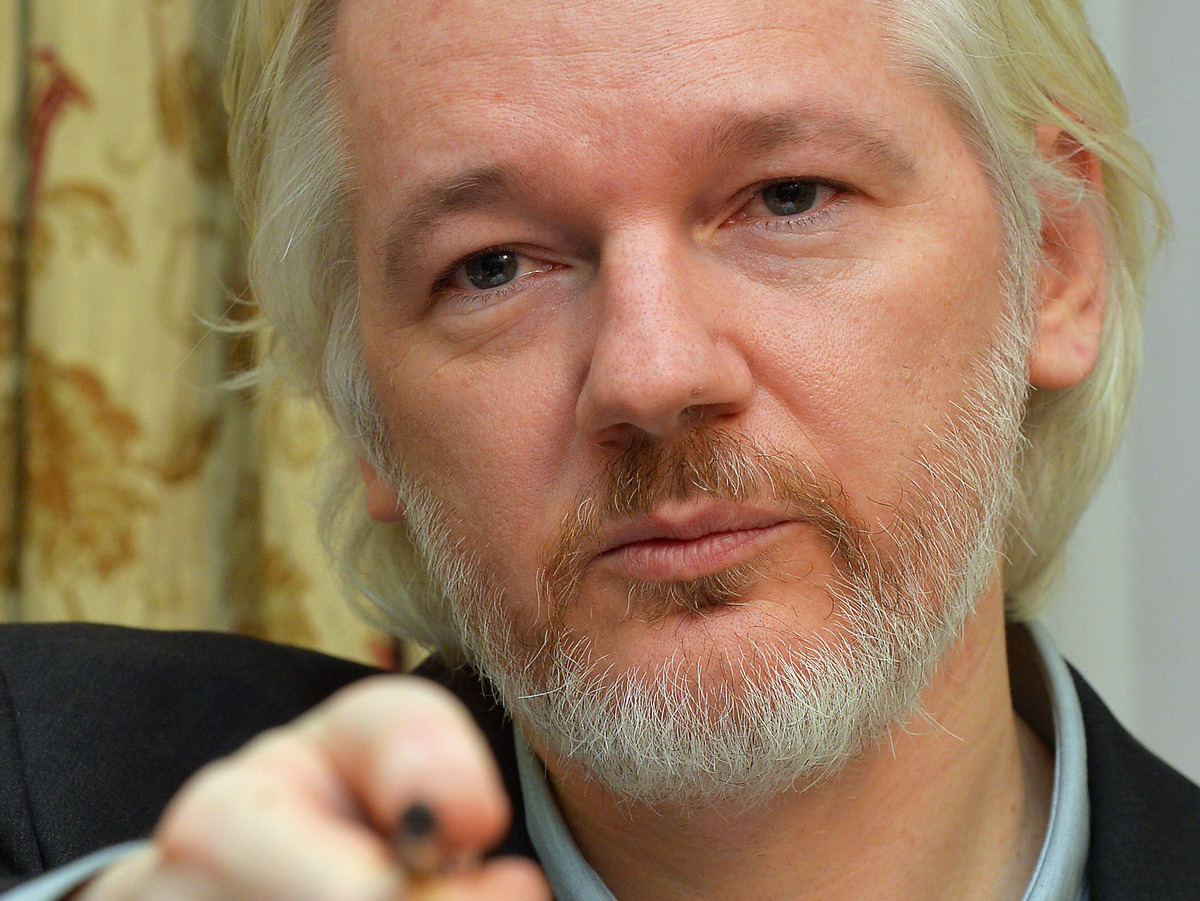 WikiLeaks founder Julian Assange attends an August news conference at the Ecuadorean Embassy in London. On Thursday, a Swedish appeals court upheld a 2010 detention order against Assange on accusations of sexual assault.

An appeals court in Sweden has upheld a detention order in connection with sex assault accusations against WikiLeaks founder Julian Assange, who has been living in the Ecuadorean Embassy in London since seeking refuge there more than two years ago.

The Svea Court of Appeal in Stockholm affirmed a lower court ruling that ordered the detention of Assange, 43, for questioning over allegations that in 2010 he had nonconsensual sex with two women who were working as volunteers for WikiLeaks.

Assange has not been formally indicted in Sweden.

The court also criticized prosecutors for not taking an "alternative avenue" for the questioning, such as Assange's offer to allow it at the embassy where he is staying.

Assange has denied the allegations and says he fears that if he leaves the embassy, British officials would arrest him and extradite him to Sweden and that he would then be sent to the United States, where he could be tried over the release of classified U.S. intelligence and diplomatic material.

The news agency says Assange's lawyers "have argued the arrest warrant should be repealed because it cannot be enforced while Assange is in the embassy and Swedish prosecutors had not travelled to London to interrogate him."

"There is no reason to set aside the detention solely because Julian Assange is in an embassy and the detention order cannot be enforced at present for that reason," the court said.

A month after Assange took refuge in the Ecuadorean Embassy in London in June 2012, he was granted political asylum in Ecuador.

As NPR's Mark Memmott wrote at the time: "The question becomes whether Great Britain will allow Assange to leave Ecuador's embassy in London so that he can travel to the South American nation that is offering him refuge."

Citing health concerns in August, Assange said he planned to leave the Ecuadorean Embassy "soon," though there's been no sign of a move since then.