Accessibility links
So What Is An 'Executive Action' Anyway? : The Two-Way President Obama is preparing to take executive action on immigration. But some people are calling it an "executive order." There's a big difference between the two terms.

So What Is An 'Executive Action' Anyway?

So What Is An 'Executive Action' Anyway? 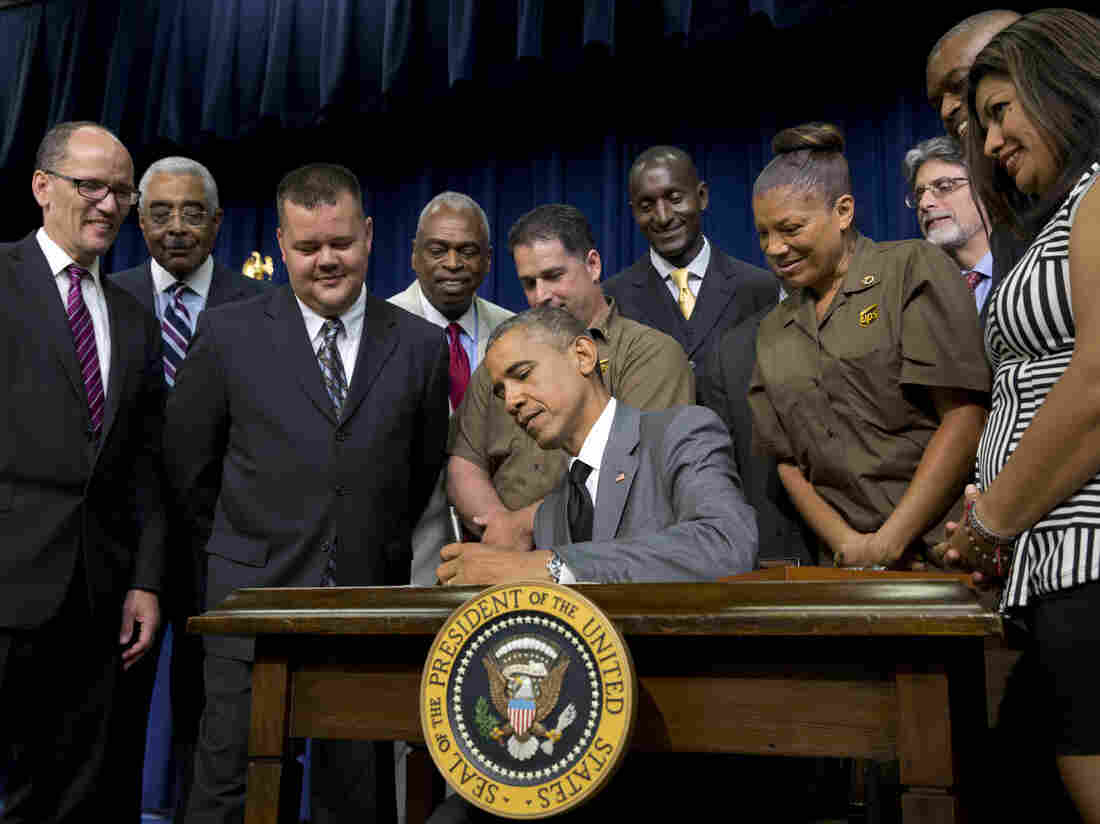 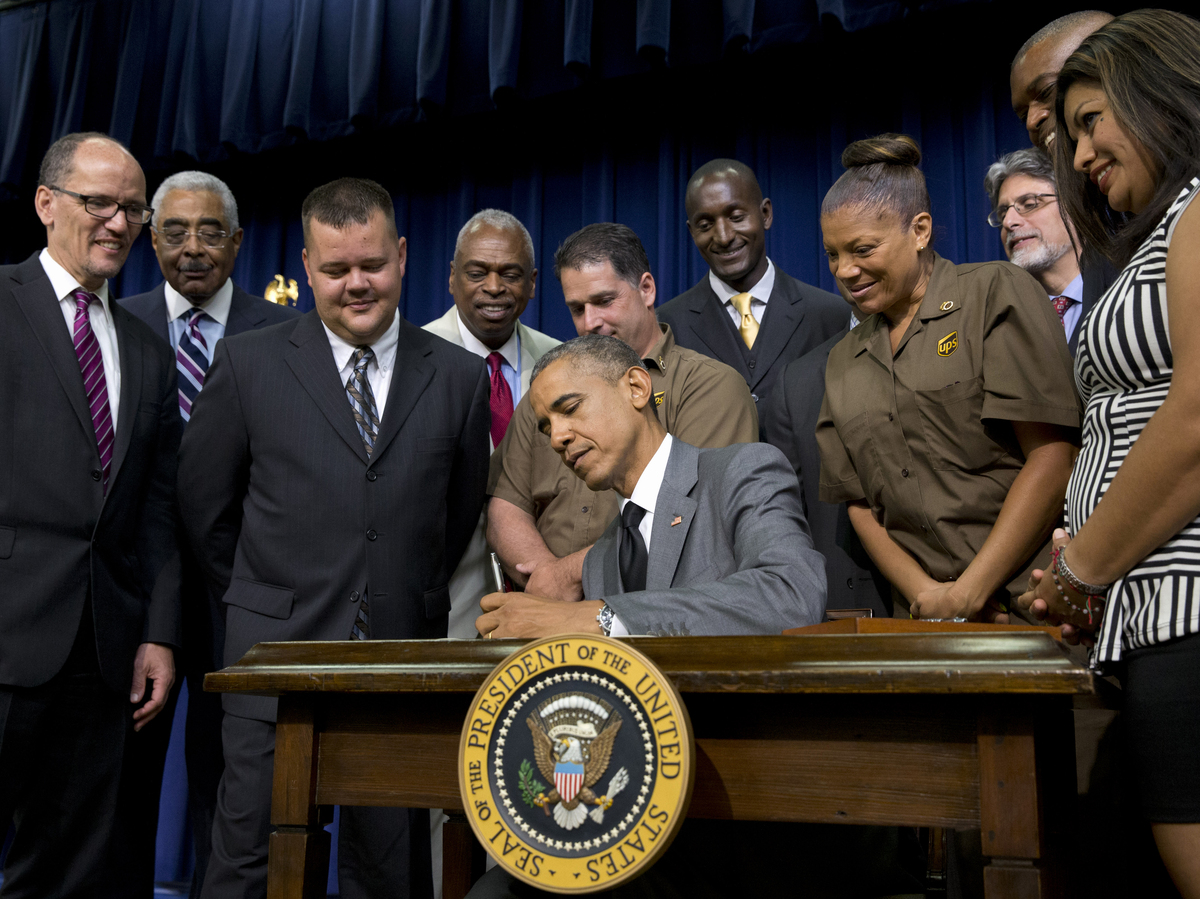 You can read here about President Obama's executive action on immigration. Or here, a story about his executive order.

Although commonly conflated in the media, the two terms aren't exactly interchangeable.

A presidential executive order "is a directive issued to federal agencies, department heads, or other federal employees by the President of the United States under his statutory or constitutional powers," according to Robert Longley, writing at usgovinfo.about.com. "In many ways, presidential executive orders are similar to written orders, or instructions issued by the president of a corporation to its department heads or directors."

By contrast, a presidential executive action is kind of a catch-all term, writes NBC, which quoted an unnamed administration official in 2011 as saying: "It just means something the executive branch does. The use of any of a number of tools in the executive branch's toolbox."

Political writer Tom Murse says: "[Most] executive actions carry no legal weight. Those that do actually set policy can be invalidated by the courts or undone by legislation passed by Congress."

"A good way to think of executive actions is a wish list of policies the president would like to see enacted."

In the conservative National Review, Greg Pollowitz took exception with most media outlets (including, presumably, NPR) last year for writing that the president had issued 23 "executive orders" on guns:

"The [mainstream media] ... is using 'executive order' as a replacement for 'executive action,' which gives the reader the impression that the president has done more than he really has. The reality is President Obama hasn't done much of anything. The headline 'Obama To Fight Gun Industry with Three Presidential Memoranda' just doesn't carry the same oomph as '23 Executive Orders.' "

New York Magazine wrote at the time: "A memorandum is an executive order. However, since executive orders are a particularly controversial and politically charged lever of presidential power (the mere mention of them has inspired talk of impeachment among some of Congress's more firebrand Republicans), it's important to note that they (or something exactly like them) comprised only three of the items on Obama's list of 23 'executive actions.' "

So, on immigration, what exactly is the president ginning up? The White House said before Thursday's speech that "President Obama will address the nation to lay out the executive actions he's taking to fix our broken immigration system." (Emphasis added.)

"What I'm going to be laying out is the things I can do with my lawful authority as president to make the system work better even as I continue to work with Congress and encourage them to get a bipartisan, comprehensive bill that can solve the entire problem," Obama said in a video posted Wednesday on the White House Facebook page.

Whether executive action or order, Republicans are not happy about the president's decision to go it alone on immigration.

In general, they say the issuance of any executive order represents a gross overstepping of presidential power. House Speaker John Boehner has even sued the White House over it. The Ohio Republican has accused Obama of using a "king-like authority at the expense of the American people and their elected legislators."

Of course, executive orders have been around since the first days of the republic. George Washington issued eight of them. Perhaps the most famous example was Abraham Lincoln's Emancipation Proclamation.

Critics say there's no specific Constitutional authority for them, but precedent has outweighed the critics.

Obama has actually issued far fewer executive orders than most of his predecessors, as Brookings scholar John Hudak, among others, has noted. As of last month, Obama had issued 193 directives classified as "executive orders" — the fewest of any two-term president since Theodore Roosevelt.