Accessibility links
FIFA To Review World Cup Corruption Report : The Two-Way The decision reopens for scrutiny the mechanism by which Russia and Qatar were awarded the tournament in 2018 and 2022. The two countries were cleared last week of corruption in their winning bids. 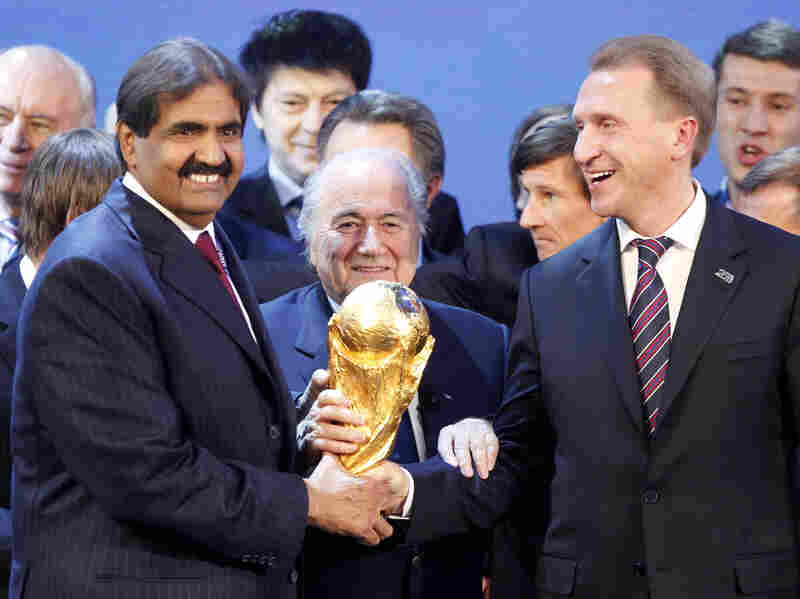 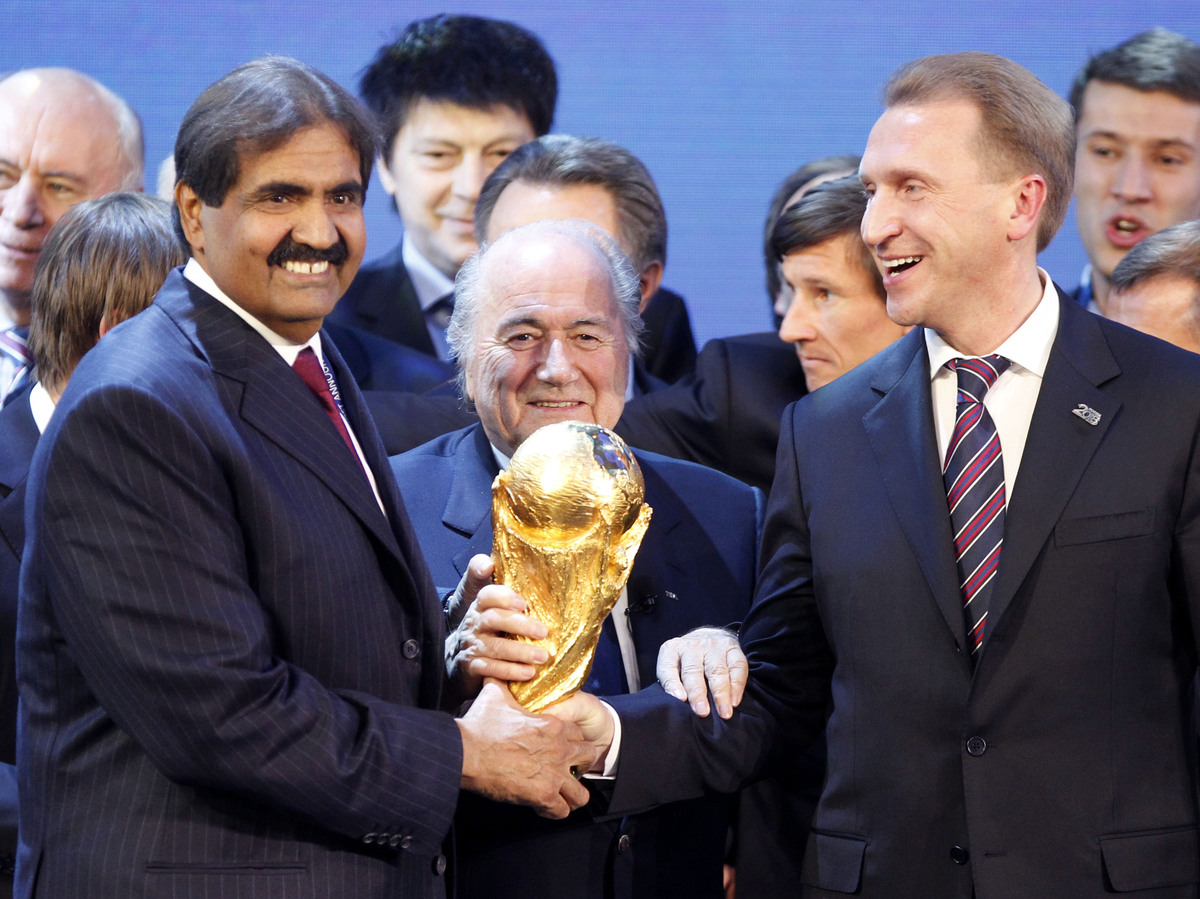 FIFA President Joseph Blatter is flanked by Russian Deputy Prime Minister Igor Shuvalov (right) and Qatari Emir Sheikh Hamad bin Khalifa Al-Thani on Dec. 2, 2010, in Zurich, Switzerland, after the announcement that Russia will host the 2018 World Cup and Qatar in 2022.

Soccer's governing body said today it will further review the bidding process for the 2018 and 2022 World Cups, reopening for scrutiny the mechanism by which Russia and Qatar were awarded the tournaments.

FIFA said Michael Garcia, an American prosecutor, and Hans-Joachim Eckert, a German judge, met today in Zurich and agreed to hand over Garcia's 430-page report to Domenico Scala, the independent chairman of FIFA's financial monitoring body. Scala, The Associated Press reports, would "then recommend details of the confidential dossier for discussion by FIFA's executive committee." That committee meets in Morocco on Dec. 18 for a two-day session.

Eckert, in a report last week, cleared Russia and Qatar of corruption in their controversial winning bids. Garcia criticized Eckert's report, calling it "incomplete and erroneous" and appealed to FIFA.

In a related development on Tuesday, FIFA said it had lodged a criminal complaint against individuals in connection with the two World Cups.

"In particular there seem to be grounds for suspicion that, in isolated cases, international transfers of assets with connections to Switzerland took place, which merit examination by the criminal prosecution authorities," FIFA said in a statement.

Today's development comes as Phaedra Almajid, a former Qatari bid worker, told The Associated Press in an interview that her treatment by FIFA would deter other whistleblowers from coming forward.

The AP adds: "Almajid alleged in 2011 that three FIFA executive committee members were paid $1.5 million each to vote for Qatar. She was named in a July 2011 statement in which she retracted her claims of corruption but says she was coerced to do so by unidentified Qatari officials."

In an interview with the BBC, Almajid said her allegations against Qatar will cause her to "look over my shoulder for the rest of my life."