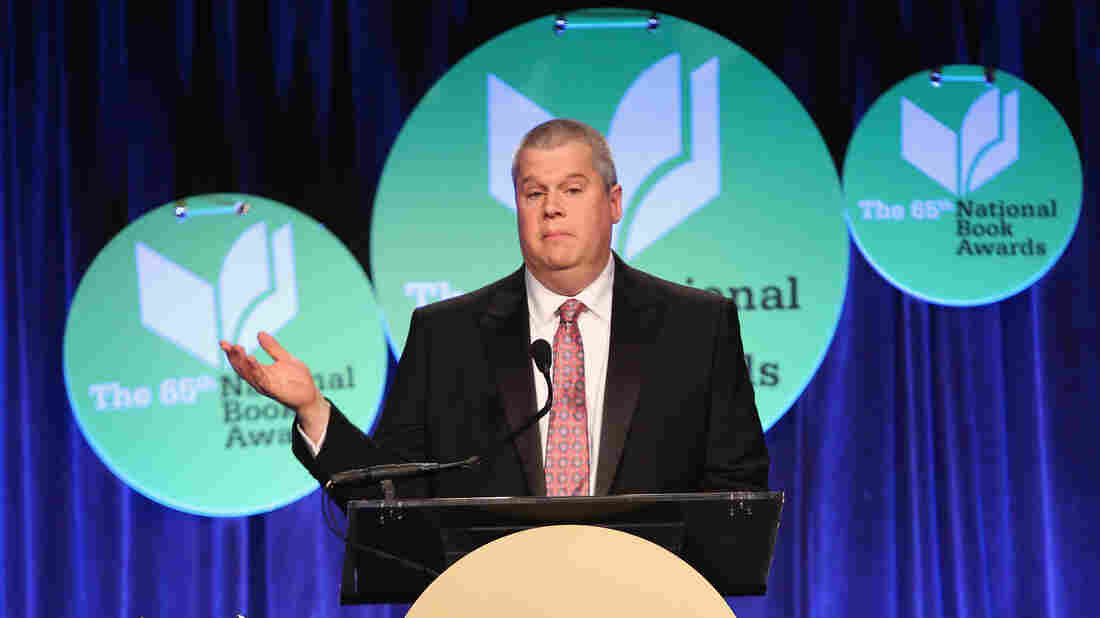 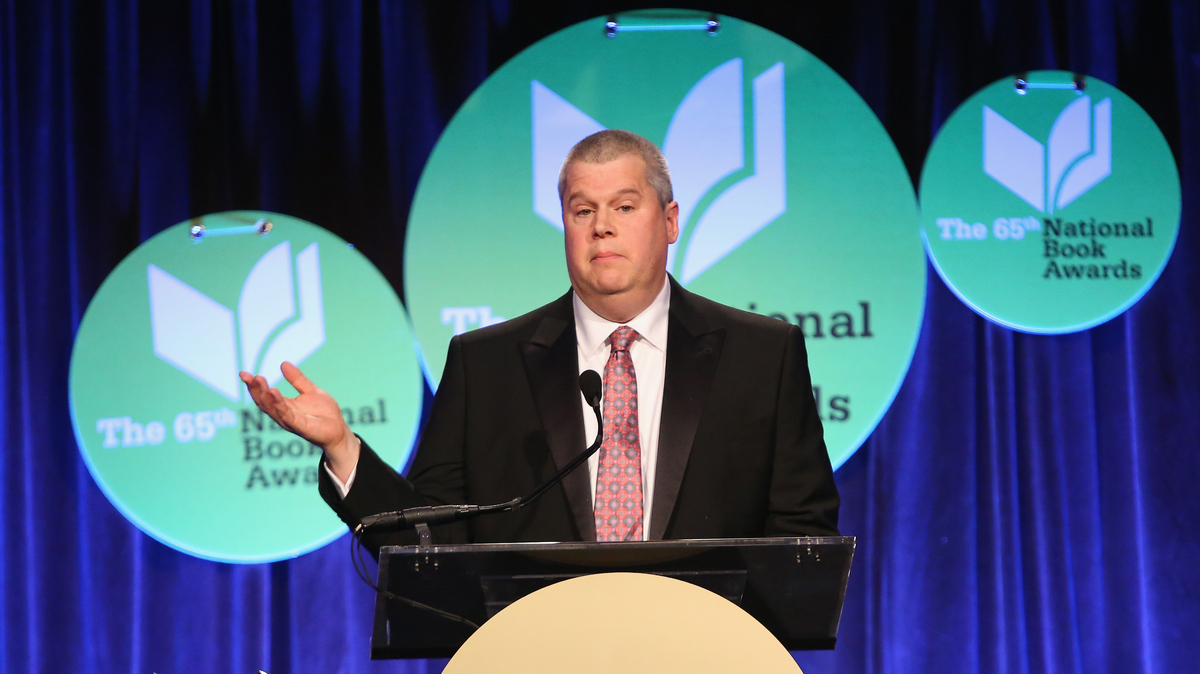 Daniel Handler — aka Lemony Snicket — apologized Thursday for his "ill-conceived attempts at humor" during the National Book Awards ceremony Wednesday.

If this year's National Book Awards saw a fiery speech from Ursula K. Le Guin, the evening also featured incendiary comments of quite another kind. Ceremony host Daniel Handler — whom most readers might know better by his pen name, Lemony Snicket — made several racially charged jokes that drew a strong reaction Thursday.

In the wake of Jacqueline Woodson's win for her memoir in verse, Brown Girl Dreaming, Handler brought up the topic of watermelon — which, to put it lightly, was a poor idea. His joke is reproduced here in full (and you can watch the video here):

"I told you! I told Jackie she was going to win. And I said that if she won, I would tell all of you something I learned this summer, which is that Jackie Woodson is allergic to watermelon. Just let that sink in your mind.

The joke wasn't his first of the night to bear racial overtones. He also quipped that two black nominees together in the poetry category may be considered "probable cause."

The reaction was swift. Writers such as Roxane Gay, Kwame Alexander and Laila Lalami (as well as plenty of publications) were quick to condemn the remarks on Thursday. For his part, Handler's apology came nearly as quickly, and it arrived via Twitter.

...and not to overshadow their achievements with my own ill-conceived attempts at humor. I clearly failed, and I’m sorry. -DH [2/2]

It's Not Ludwig Van: Anthony Burgess, author of A Clockwork Orange, composed a song in dedication to a woman named Barbara in 1951. After more than half a century lost, that song has been found, according to The Guardian. Discovered amid the late woman's possessions by her 100-year-old husband, the song will be performed by the International Anthony Burgess Foundation on Nov. 26.

It's A [Book]! Children's publishing imprint Ladybird has announced its plans to drop the gendered labels from its books, according to an announcement from the Let Books Be Books campaign. The campaign, a spin-off of the Let Toys Be Toys group, has for months pressured children's publishers to stop marking books "for boys" or "for girls," arguing that they confine children to presuppositions about gender.

"At Ladybird we certainly don't want to be seen to be limiting children in any way," reads Ladybird's announcement. "Out of literally hundreds of titles currently in print, we actually only have the six titles you cite with this kind of titling, so I do feel we offer a vast range for children and their parents. As Ladybird is part of the Penguin Random House Children's division, our commitment to avoiding gendered titles in the trade crosses all our imprints."

Fun, Fun, Fun: One of the founders of the Beach Boys plans to publish his memoir in 2016. Mike Love's book is tentatively titled Good Vibrations, naturally, but it may not be the first Beach Boy autobiography to hit bookstores in the coming years. Fellow founder — and frequent rival — Brian Wilson expects to release one of his own in 2015.

CIA Reviews Edward Snowden Books: Seriously, though — this is not satire. Hayden Peake puts together the "Intelligence Officer's Bookshelf" for the agency, and lately he has picked up three books on the Snowden intelligence leaks, including Glenn Greenwald's No Place to Hide. While Peake did offer a few words of praise, his conclusion isn't exactly a surprise.

"Greenwald's often bitter ad hominem rationale for [Snowden's actions] is unlikely to be the last word on the subject."