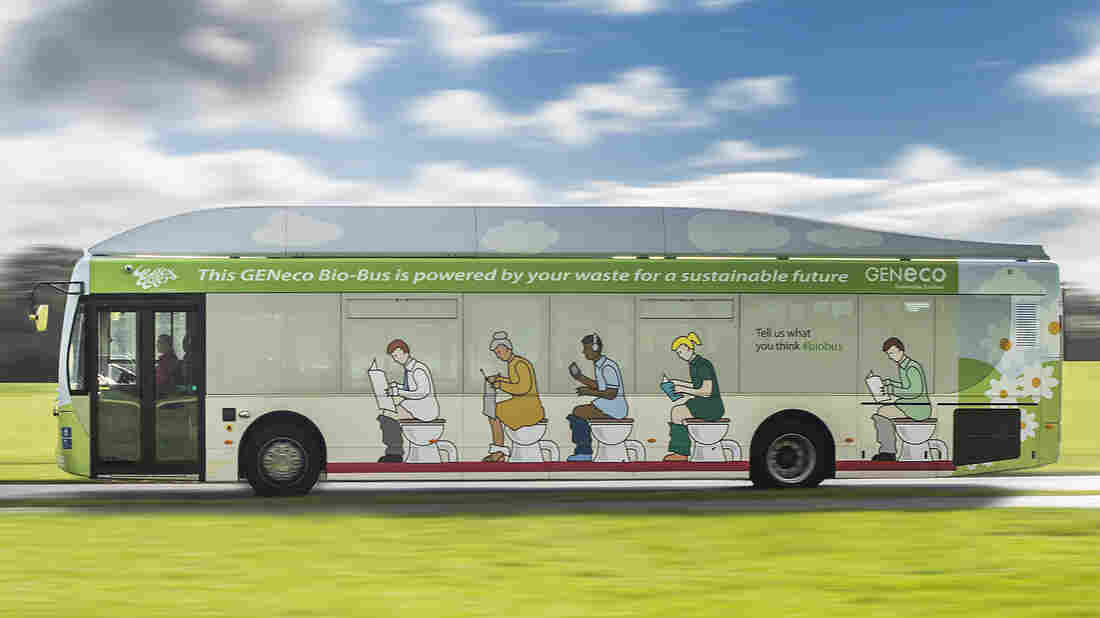 In Britain, a new bus running between Bath and the Bristol airport uses biomethane for power. The gas is derived from human sewage and food waste. Wessex Water/GENeco hide caption 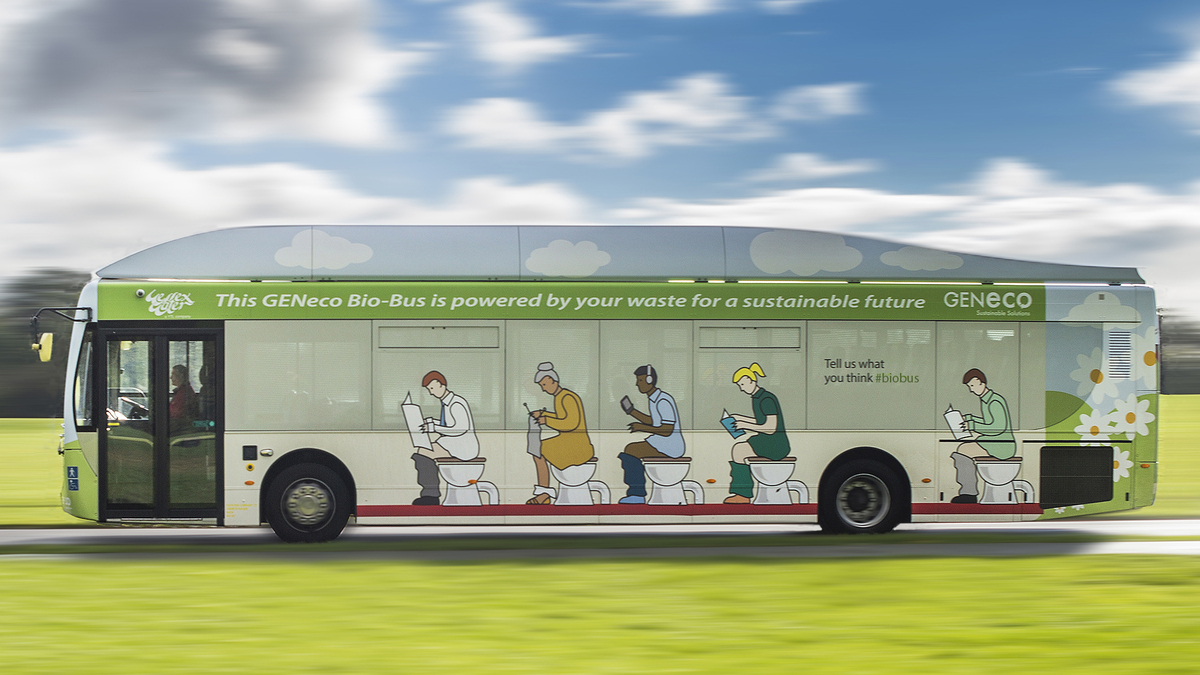 In Britain, a new bus running between Bath and the Bristol airport uses biomethane for power. The gas is derived from human sewage and food waste.

A bus in Britain is making headlines for running on gas — and we're not talking about petroleum or natural gas. The Bio-Bus runs on biomethane gas that's produced by human sewage and food waste.

The Bio-Bus has 40 seats and a range of around 186 miles on a full tank. When it officially goes into service next week, it'll run as a shuttle between the city of Bath and the Bristol airport, along with other routes.

It's not hard to imagine the Bath Bus Company's newest power source prompting jokes. But the firm is touting the renewable benefits of the project, wrapping the Bio-Bus in a graphic cartoon that shows a row of people sitting on toilets.

The company says that by using the alternative energy source, its new bus will also put out less carbon emissions than those powered by traditional diesel engines.

The biomethane is being produced at a sewage treatment plant; the BBC says it "takes the annual waste of about five people to produce" a full tank.

While the "poo bus" is a first in Britain, the biomethane idea took hold in Norway several years ago. It's also been used in Germany and Sweden.

The U.S. Energy Department prefers to call biomethane "renewable natural gas." The agency says that while use of the resource is on a smaller scale here than in Europe, several projects are under way in California and Indiana.