Accessibility links
House Panel Finds 'No Intelligence Failure' Before Benghazi Attack : The Two-Way The final report by the House Intelligence Committee concludes the CIA "ensured sufficient security for CIA facilities in Benghazi and ... bravely assisted the State Department" on Sept. 11, 2012. 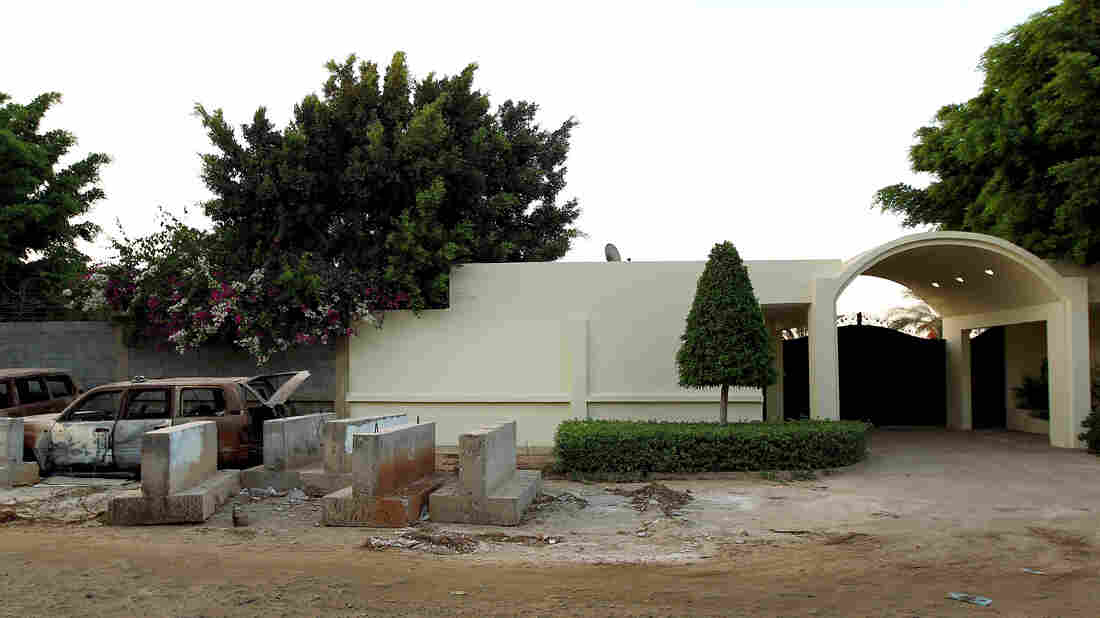 The 2012 attacks on U.S. facilities in Benghazi, Libya, happened without an intelligence failure, a House panel concludes. A photo from 2013 shows wreckage outside the main gate of the U.S. Consulate in Benghazi. AFP/AFP/Getty Images hide caption 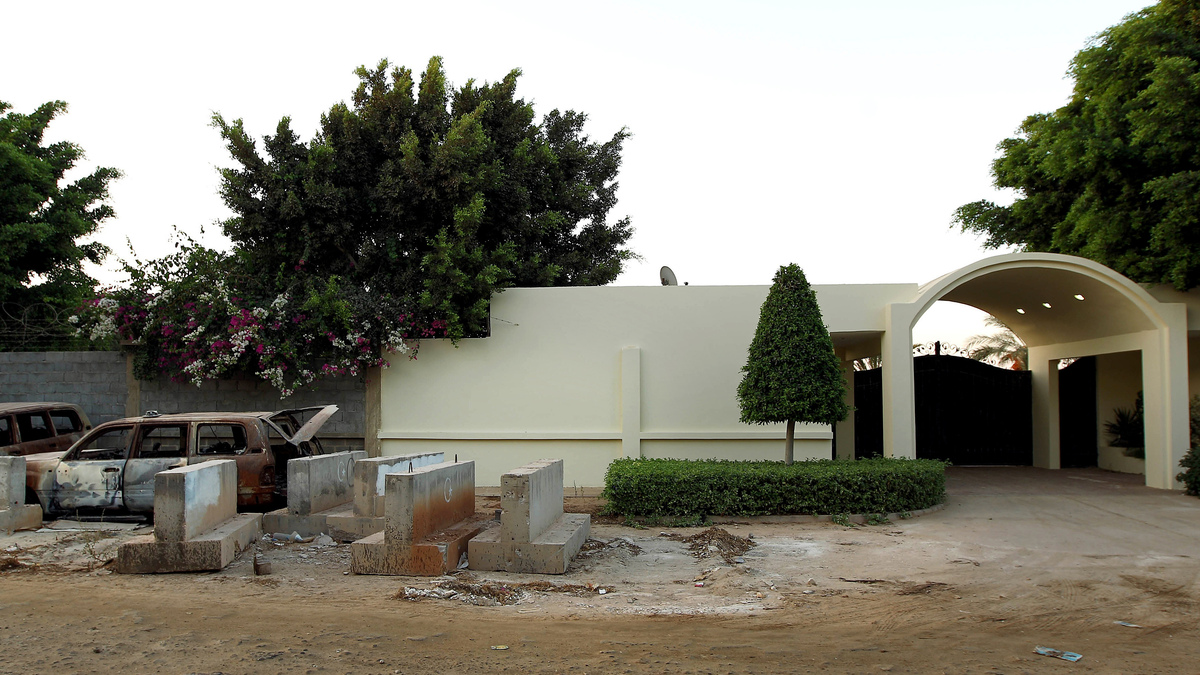 The 2012 attacks on U.S. facilities in Benghazi, Libya, happened without an intelligence failure, a House panel concludes. A photo from 2013 shows wreckage outside the main gate of the U.S. Consulate in Benghazi.

After a nearly two-year investigation, the final report by the House Intelligence Committee concludes that the CIA "ensured sufficient security for CIA facilities in Benghazi and ... bravely assisted the State Department" on Sept. 11, 2012, during a deadly attack on U.S. facilities in Libya.

That's the first conclusion of the report, the result of thousands of hours of investigation into the events that led to the deaths of U.S. Ambassador Chris Stevens and three other Americans.

Many of the following conclusions echo a central theme, that "there was no intelligence failure prior to the attacks," as the report states.

But the committee also found that the U.S. diplomats' Temporary Mission Facility "was not well-protected," the AP reports, "and that State Department security agents knew they could not defend it from a well-armed attack."

In addition, the panel said the Obama administration's "initial public narrative" about the reasons behind the attacks "were not fully accurate."

Citing "a stream of contradictory and conflicting intelligence that came in after the attacks," the report states that while some early information had backed the CIA's initial belief that the violence stemmed from a protest in Benghazi, "contrary intelligence" showed that that was not the case.

"There was no protest," the report reads. "The CIA only changed its initial assessment about a protest on September 24, 2012, when closed caption television footage became available on September 18, 2012 (two days after Ambassador Susan Rice spoke), and after the FBI began publishing its interviews with U.S. officials on the ground on September 22, 2012."

The report also cites a "flawed" process that was used to create talking points that the House panel had asked for so that its members could discuss the attacks publicly. It notes that the same talking points were used in Rice's public statements.

In their summary of the 36-page report (which also has six appendixes), the report's authors — House committee Chairman Mike Rogers, a Republican, and ranking Democratic member C.A. Dutch Ruppersberger — say that their panel "found no evidence that any officer was intimidated, wrongly forced to sign a nondisclosure agreement or otherwise kept from speaking to Congress, or polygraphed because of their presence in Benghazi."

And in a statement that seems to take aim at a theory popularized by some media outlets, the report states, "The CIA was not collecting and shipping arms from Libya to Syria."

Earlier this year, a Senate Intelligence Committee report said that the attacks "were likely preventable."

But as the Two-Way reported back in January, that report also "takes issue with lawmakers who have been using the Obama administration's initial statements about the attacks to make the case that the White House tried to downplay whether they were the work of terrorists."

Noting that the report "was released with little fanfare on the Friday before Thanksgiving week," the AP says, "Many of its findings echo those of six previous investigations by various congressional committees and a State Department panel."