Accessibility links
Buffalo Blizzard Brings Odd NFL Game: Free, And Far From Home : The Two-Way Monday night's game between the Buffalo Bills and New York Jets is being played in Michigan, and tickets are being given away at no charge. Some Bills players began their trips on snowmobiles. 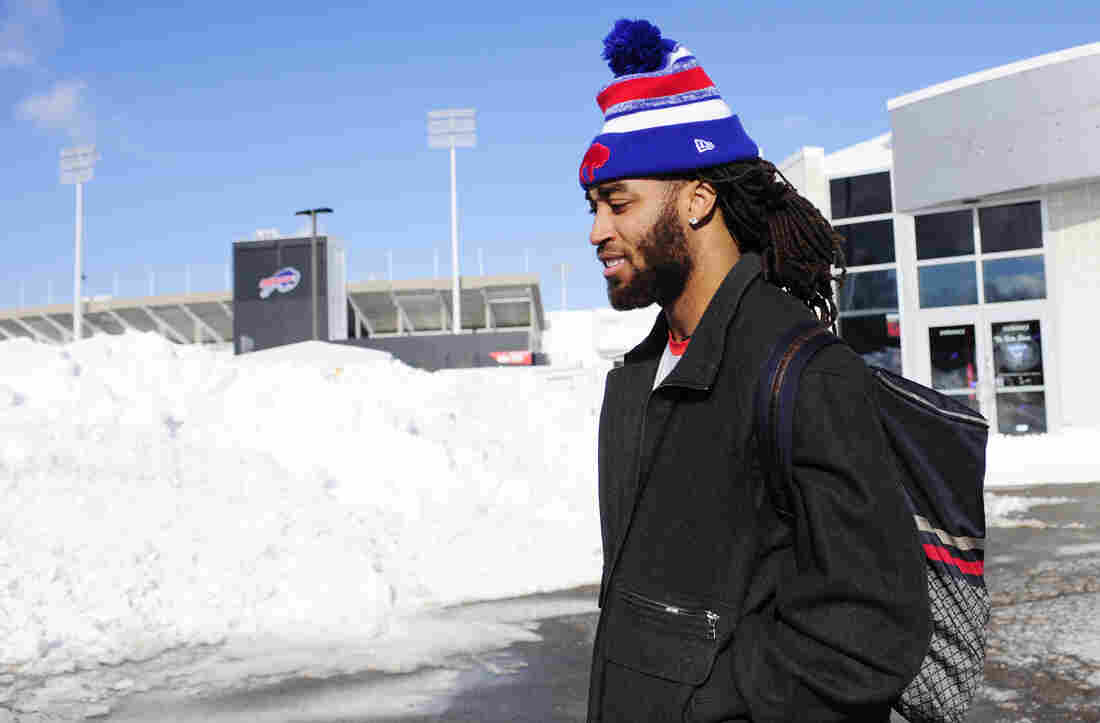 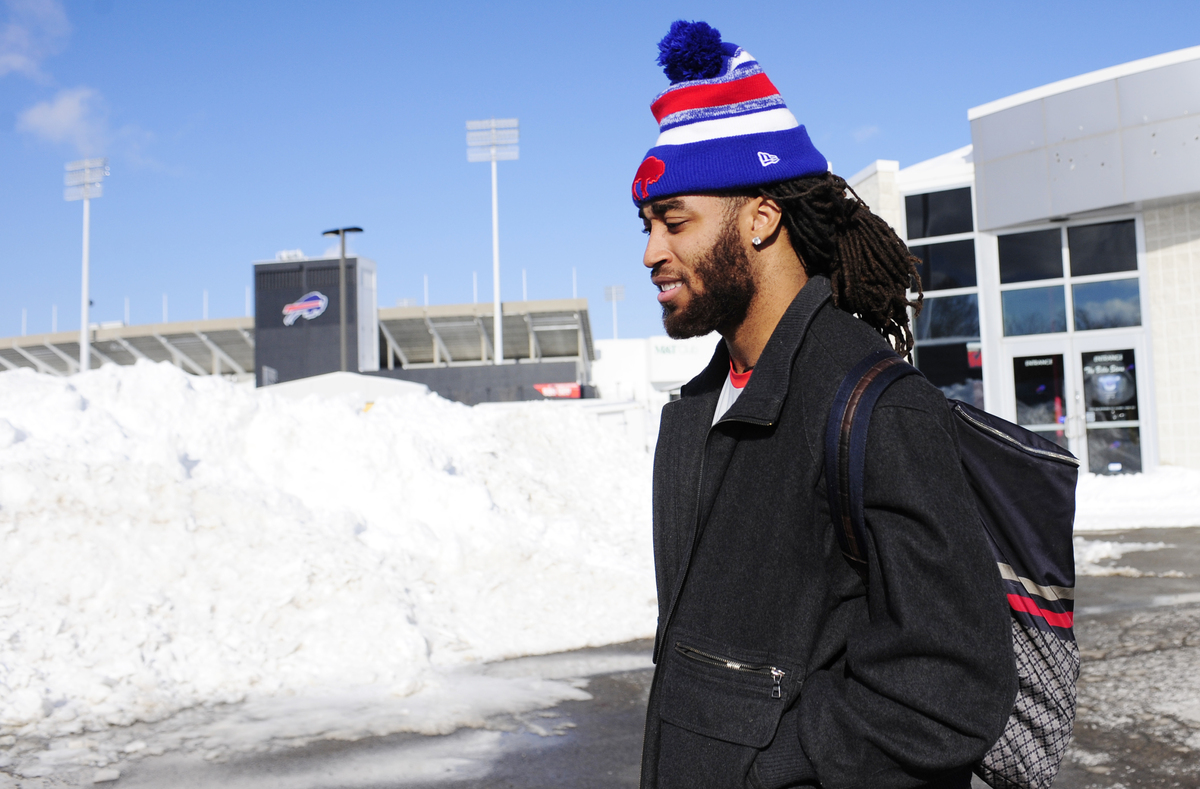 Buffalo Bills cornerback Stephon Gilmore prepares to take the bus, leaving Ralph Wilson Stadium to play a "home" game in Detroit. Tickets to the game, postponed to Monday, are free.

Many things will make Monday night's NFL game between the Buffalo Bills and New York Jets an odd duck. Among them: It's being played in Michigan, and tickets to the game are being given away at no charge.

"Free tickets will be available for Monday's matchup between the Buffalo Bills and the New York Jets at Ford Field," the Detroit Lions announced today, adding that emails are being sent out to Bills and Lions season-ticket holders that will let them snag seats.

"The general public will have an opportunity to secure free tickets to Monday's game via Flash Seats at Detroitlions.com beginning at 10 AM, Saturday, November 22," the Lions website says.

All tickets will be general admission, meaning that seats that sometimes cost hundreds or thousands of dollars during a regular NFL game will be occupied for no charge Monday.

The move comes despite the Bills' hopes that they could clear some 220,000 tons of snow from their home, Ralph Wilson Stadium. The team had offered to pay $10 an hour to anyone who would shovel snow at the venue.

The NFL announced Thursday that it's moving the Bills-Jets game to the other end of Lake Erie, leaving many Bills fans with the prospect of a 270-mile drive to Detroit's stadium for what was scheduled as a home game. If you're wondering about the Jets' home, MetLife Stadium, it isn't available because they share it with the Giants, who'll be playing there Sunday night.

With Buffalo still digging out from snowdrifts that measured more than 7 feet in places, the Bills scrambled to get their players together to fly to Detroit Friday. For some, the commute to the airport involved riding on snowmobiles. The team also plowed the streets in a neighborhood where several players live.

The Bills-Jets game won't kick off until Monday night, at 7 p.m. local time. But if you're thinking the weather could bring a double-feature edition of Monday Night Football, think again: The game will be televised only in the Buffalo and New York markets (and via DirecTV).

For anyone wondering about the teams' records so far this season, the local fans will almost certainly prefer to watch their 7-3 Lions take on the 8-2 Patriots, rather than see the 5-5 Bills go up against the 2-8 Jets.