Accessibility links
Ferguson Timeline: Grief, Anger And Tension : The Two-Way A look at the chronology of events leading to a grand jury's decision not to indict police officer Darren Wilson in the fatal shooting of 18-year-old Michael Brown. 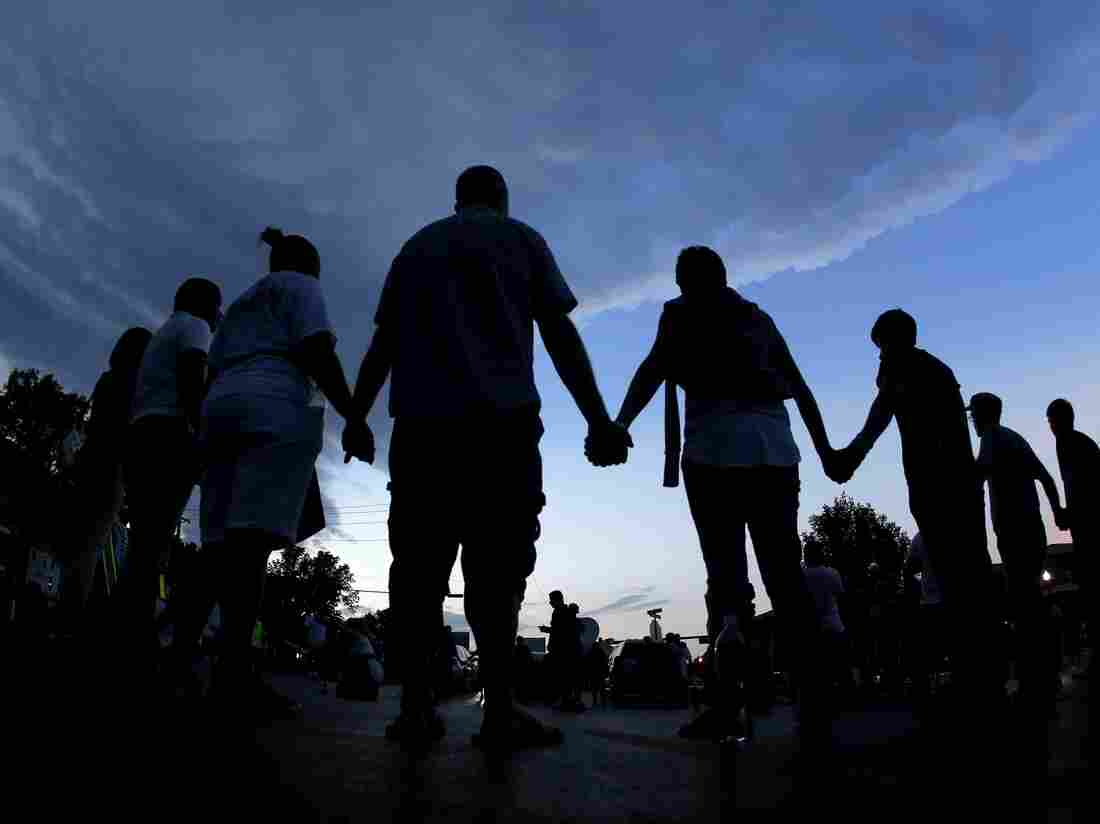 People stand in prayer after a peaceful march on Aug. 20 in Ferguson, Mo., to protest the shooting death of 18-year-old Michael Brown. Charlie Riedel/AP hide caption 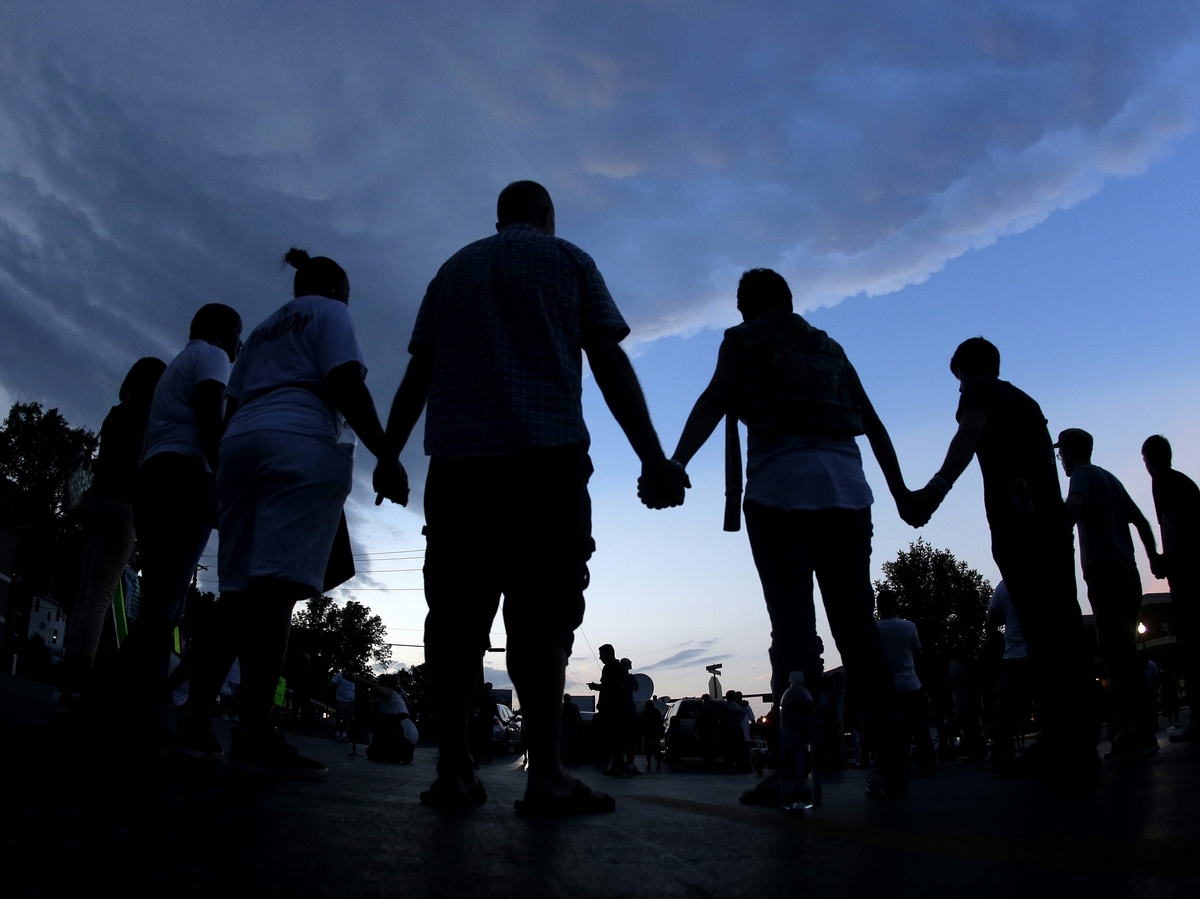 People stand in prayer after a peaceful march on Aug. 20 in Ferguson, Mo., to protest the shooting death of 18-year-old Michael Brown.

The following lists significant events leading up to Monday's announcement by a grand jury not to indict police officer Darren Wilson in the shooting death of unarmed 18-year-old Michael Brown.

Aug. 9: Brown is shot by Wilson around noon local time on Canfield Drive in Ferguson, Mo., just outside St. Louis. Wilson was responding to another call but encountered Brown.

Earlier, Brown and a friend, Dorian Johnson, were videotaped in a nearby convenience store, Ferguson Market and Liquor, apparently stealing a box of cigars. Someone at the store placed a 911 call and a police dispatcher put out a description of Brown. It's unclear whether Wilson was aware of that report before the altercation with Brown.

Witness testimony differs: Some say Brown, who was unarmed, assaulted Wilson in his police vehicle and tried to grab his gun. Johnson said there was no struggle for the weapon. Another witness says Wilson tried to draw Brown into his vehicle. All accounts seem to agree that Brown was killed after he ran but then turned back toward the patrol car.

Aug. 10: St. Louis County police Chief Joe Belmar says in a news conference that Brown was unarmed but had assaulted the officer, who had not been named at that point. Belmar says one shot was fired inside the car and another outside the car.

Aug. 10-13: Several nights of peaceful and not-so-peaceful protests. Police fire tear gas and arrest dozens of people, many charged with vandalism and rioting. Many accuse the police of a heavy-handed approach in dealing with the city's black residents.

Aug. 14: President Obama addresses the nation and urges calm and an "open and transparent" investigation into Brown's death. Gov. Jay Nixon announces that the Missouri Highway Patrol, led by Capt. Ron Johnson, will take over security in Ferguson. A night of demonstrations is nonviolent for the first time in days.

Aug. 15: Police name Darren Wilson as the officer who shot Brown. Video of the convenience store robbery allegedly perpetrated by Brown and Johnson is made public for the first time. Clashes between police and protesters resume. Nearly 200 people are arrested.

Aug. 16: Nixon declares a state of emergency and curfew in Ferguson.

Aug. 18: Nixon orders the National Guard to be deployed to the St. Louis suburb.

President Obama announces that Attorney General Eric Holder will be dispatched to Ferguson to monitor the situation there.

Aug. 20: A grand jury begins investigating the actions of Wilson.

Aug. 21: As calm appears to return to Ferguson, Nixon orders the National Guard to begin withdrawing from the city.

Sept. 27: A Ferguson police officer is shot while responding to a burglary. The shooting does not appear to be connected to the Brown case.

Oct. 22: A leaked autopsy report on Brown is published by the St. Louis Post-Dispatch. It reportedly supports accounts that there was an altercation between Brown and Wilson at the officer's patrol car. A toxicology screening also reportedly suggests that Brown had marijuana in his system at the time of his death.

Nov. 17: Nixon declares a state of emergency and activates the National Guard in anticipation of a grand jury decision on whether to indict Wilson.

Nov. 24: St. Louis County prosecuting attorney Robert McCulloch announces that a grand jury decided not to indict police officer Wilson for any crimes related to the fatal shooting of Brown.