Accessibility links
Israel's Cabinet OKs Controversial Nationality Measure : The Two-Way The bill, which must be approved by Parliament, defines Israel as "the nation-state of the Jewish people." It has angered not only Israel's Arab citizens, but also members of the coalition government. 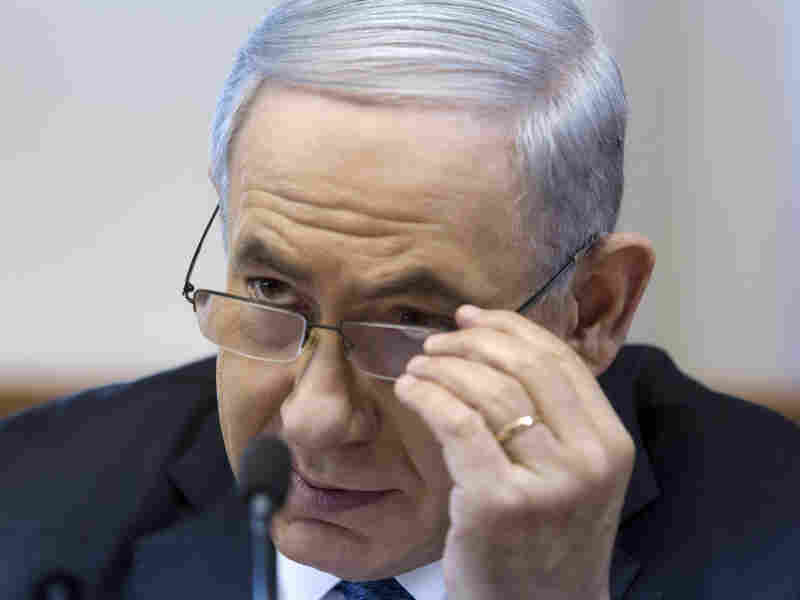 Israeli Prime Minister Benjamin Netanyahu listens during a Cabinet meeting in Jerusalem on Sunday. His Cabinet approved a draft law that defines the country as "the nation-state of the Jewish people." Jim Hollander/AP hide caption 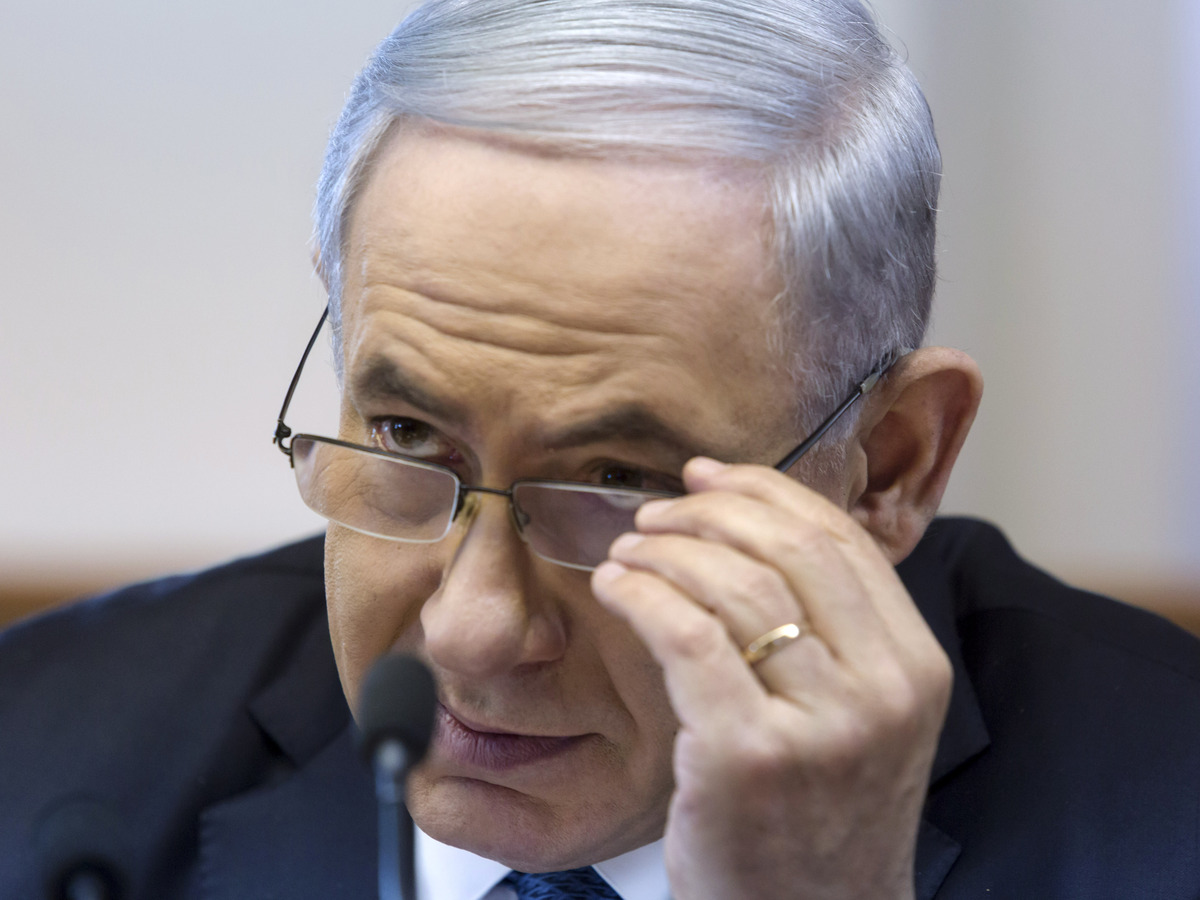 Israeli Prime Minister Benjamin Netanyahu listens during a Cabinet meeting in Jerusalem on Sunday. His Cabinet approved a draft law that defines the country as "the nation-state of the Jewish people."

Israel's Cabinet approved a draft law on Sunday that defines the country as "the nation-state of the Jewish people." The move has angered not only Israel's Arab citizens, but also some members of Prime Minister Benjamin Netanyahu's coalition government.

NPR's Emily Harris is reporting on the measure, which must still be approved by Israel's Parliament. Here's what she told our Newscast unit:

"About 20 percent of Israeli citizens are Arab — and Israel already wrestles with being both a Jewish country and a fully democratic one. The final form of the legislation could cite Jewish religious law as a source for Israeli law and may drop Arabic as an official language. Prime Minister Benjamin Netanyahu claims the proposed law is needed in part because Palestinians won't accept Israel as the nation-state of the Jewish people. That came up in failed peace negotiations earlier this year. Palestinians say that they fear Arab-Israeli citizens and Palestinian refugees who fled what is now Israel would lose rights if the bill becomes law."

The vote was 14-6. The opposition came from centrist parties in the Cabinet.

Justice Minister Tzipi Livni warned that the bill, in its current form, would not pass. She said the measure "hurts the values of the state of Israel as laid down in the Declaration of Independence." And, she added, "If the prime minister decides to fire ministers, that's his decision." Attorney General Yehuda Weinstein, the government's chief legal counsel, has said some portions of the bill "would ... lead to deterioration of the democratic characteristic of the state." Finance Minister Yair Lapid has also criticized the bill, and Ahmad Tibi, an Arab-Israeli lawmaker, told The New York Times the proposed law "confirms that the Jewish and democratic state is fiction."

But Netanyahu has said that Israel would stay Jewish and democratic.

Israel has regarded itself as a Jewish state since it was founded in 1948, but its Declaration of Independence ensures "complete equality of social and political rights to all its inhabitants irrespective of religion, race or sex." And, as The New York Times reports, the country has no constitution: "instead its constitutional character is made up of basic laws, judgments and the Declaration of Independence of 1948."

The opposition to the measure has prompted its sponsor, Zeev Elkin, to say today that he was considering delaying the parliamentary vote on the bill.

The debate over the bill comes amid some of the worst unrest seen in the country in recent times.

Tensions between Jews and Muslims over Jerusalem's Temple Mount, which is regarded by both as holy, have led to deadly attacks and clashes. Eleven Israelis have been killed in the past month, including five who were killed last week in an attack on a synagogue in Jerusalem. On Sunday, Israeli troops shot and killed a Palestinian who they said approached Gaza's border with Israel.