Accessibility links
Ferguson Documents: What Michael Brown's Friend Saw : The Two-Way Dorian Johnson is a shadow figure in the Michael Brown case. Aside from police Officer Darren Wilson and Brown, he had the closest look at what happened. This is his story. 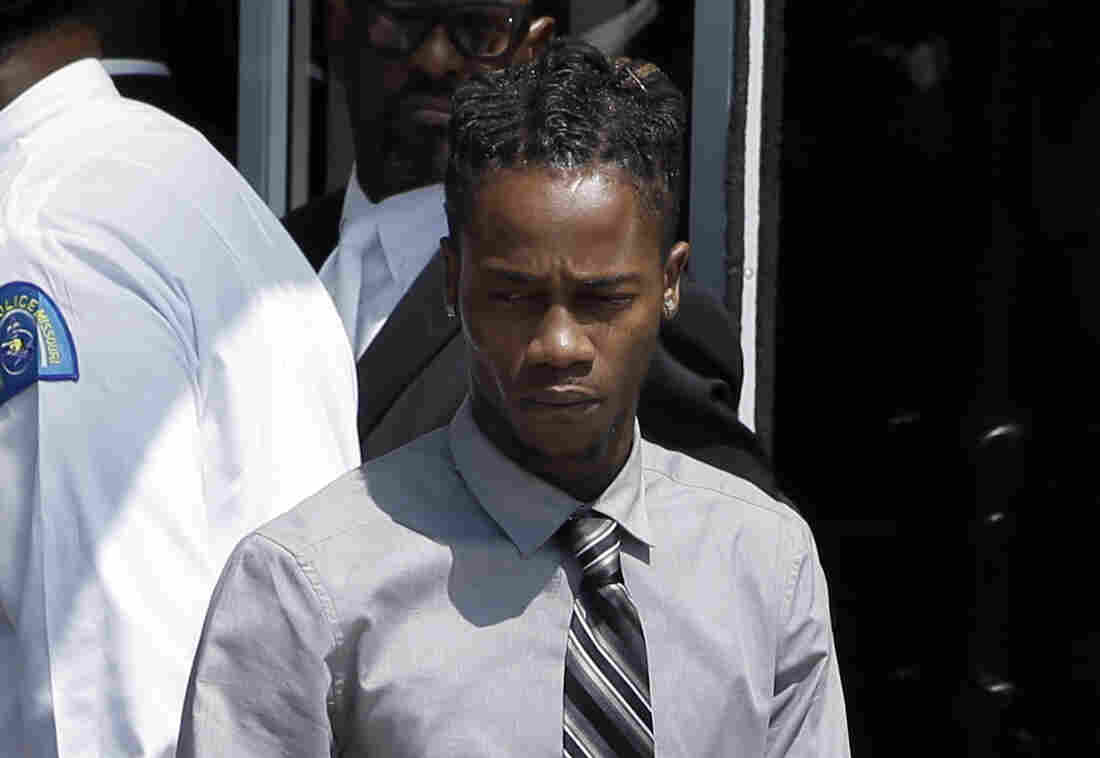 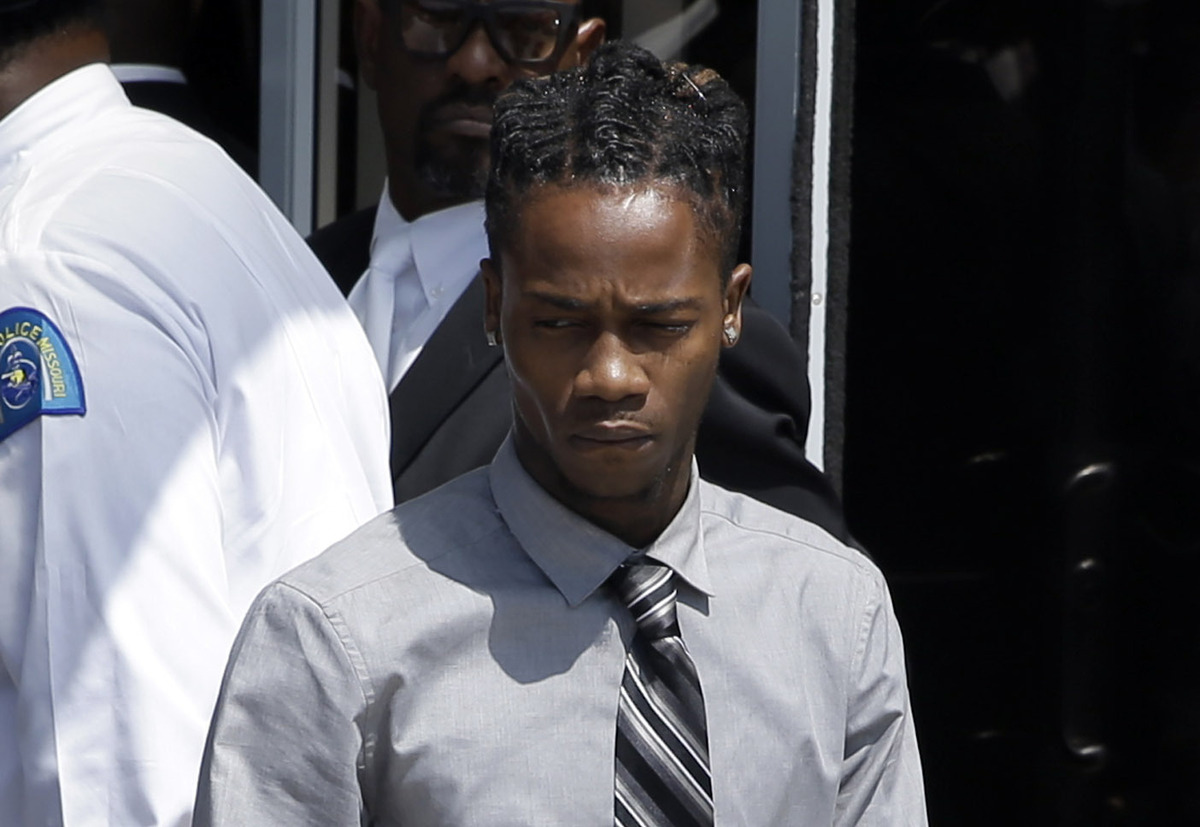 Dorian Johnson leaves Friendly Temple Missionary Baptist Church at the end of the funeral service for his friend Michael Brown in St. Louis.

Over the past couple of days, we've been reading through the trove of documents released by the prosecutor in the matter of Michael Brown.

We've looked at what Darren Wilson — the police officer who shot and killed the 18-year-old Brown — has to say, at what different witnesses said, and at what the physical evidence showed.

In short, Officer Wilson said he killed Brown because he feared for his life. He testified that Brown was the aggressor and punched him several times.

That day, Brown was hanging out with Dorian Johnson. From the time Brown stole some cigars from a store, to the time Wilson fired a final bullet, Johnson was there.

Aside from Wilson and Brown, Johnson had the closest look at what happened Aug. 9, and his version of events differs significantly from that of Wilson.

Before we get to it, though, here is a synopsis of what we're pretty sure of:

Now, here's how Johnson described the pivotal moments (links lead to the proper place in the documents):

-- From the beginning, Johnson testified, Officer Wilson was the aggressor. Johnson told the grand jury, Wilson told them to "Get the [expletive] on the sidewalk."

-- Johnson said he told Wilson they were just a short walk away from their destination and they would be off the street in a bit. Wilson drove off.

Then, Johnson said, Wilson for no apparent reason backed up his vehicle with his tires screeching.

-- Here is where the first big difference in testimony comes. Wilson said he tried to open his door, but that Brown shut it and wouldn't let him out of the vehicle. Here's how Johnson described what happened next:

-- At this point, Johnson said, he was scared.

"I couldn't say what was on my mind because I'm so afraid. I couldn't calm it down," he testified. "I don't have the power to calm down the police officer and obviously Big Mike is bigger than me."

-- Johnson said he never saw Brown reach for Wilson's gun as Wilson claims. But at some point, a shot went off.

-- They both ran away, and Wilson fired while Brown was still running away, Johnson said. (It's important to note that the physical evidence shows Brown was never shot in the back.)

Johnson said after Wilson fired, Brown turned around with his hands up:

-- Brown said, "I don't have a gun." He was surrendering. But Johnson said Brown was still "mad," "still has his angry face."

"Before he can say the second sentence or before he can even get it out, that's when the several more shots came," Johnson testified.

-- This is how Johnson described the final moments: