Accessibility links
America's Black Friday Craziness Has Crossed The Pond : The Two-Way The wild discount shopping that once was only a U.S. phenomenon has caught on in the U.K. and elsewhere, thanks largely to online retail giant Amazon. 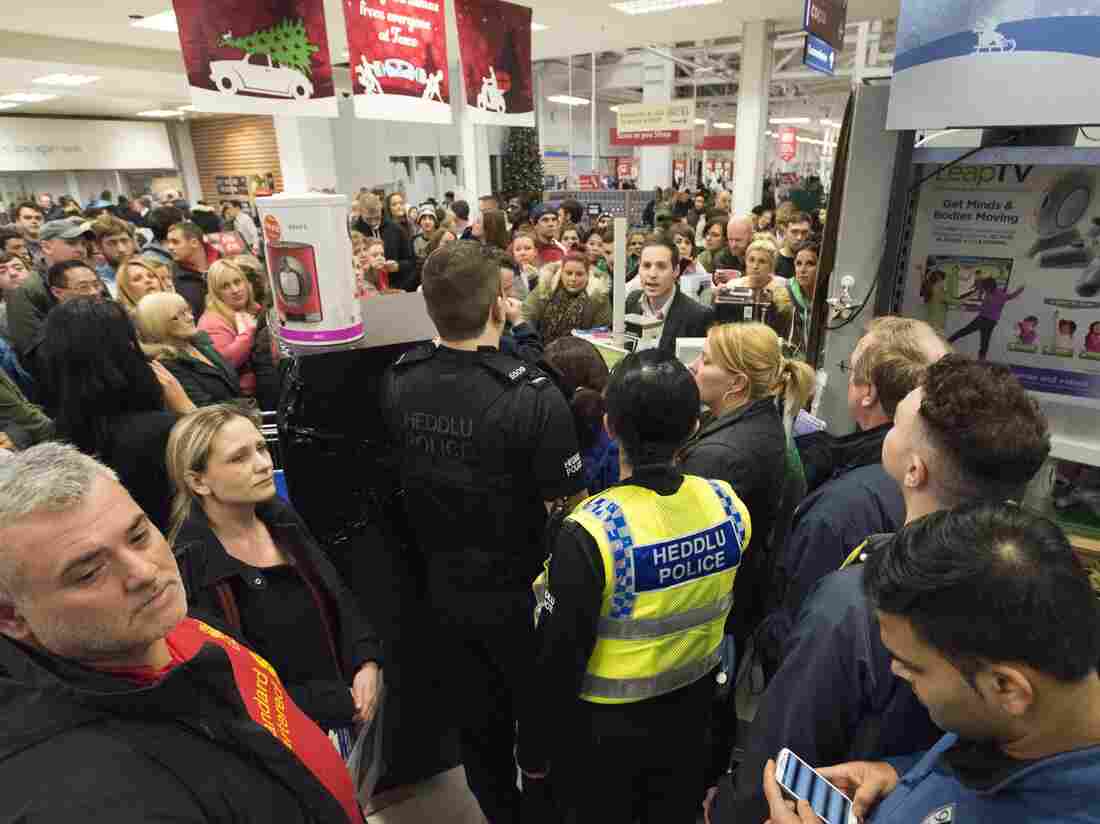 Police are on guard as shoppers line up for a Black Friday sale at a Tesco store in Cardiff, Britain. Mattthew Horwood/EPA/Landov hide caption 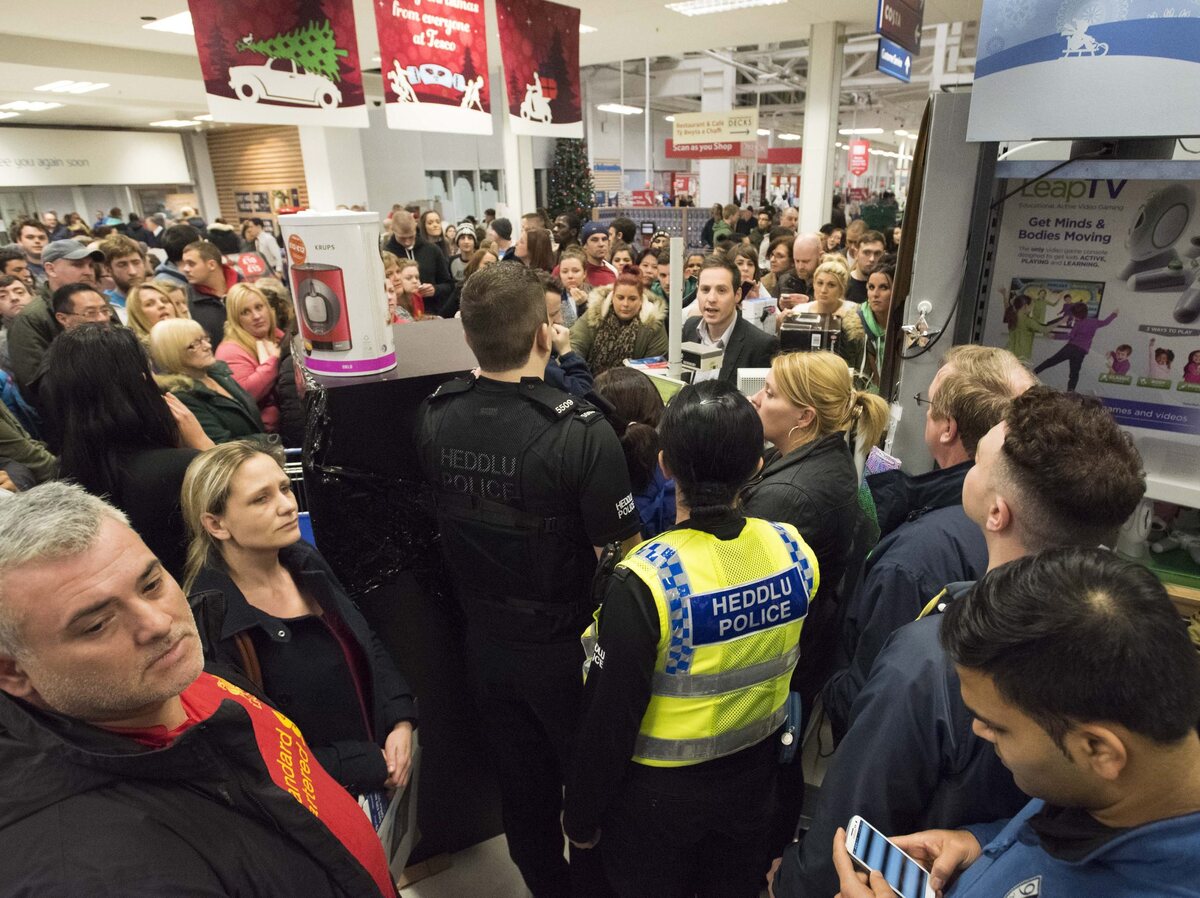 Police are on guard as shoppers line up for a Black Friday sale at a Tesco store in Cardiff, Britain.

Black Friday is in full swing in U.S. stores and online, with shoppers across the country hoping to snatch up Christmas bargains.

The National Retail Federation forecasts a 4.1 percent increase in holiday sales over the same period last year, bringing the total to $616.9 billion. It would be the biggest jump in sales since 2011. The NRF has a breakdown of shopping behavior last year posted here.

The New York Times says: "the weather did not stop the most eager shoppers. In Nashua, N.H., eight inches of snow, subzero temperatures and a loss of electricity to some homes did not deter a determined crowd, where some teenagers snuggled under blankets, and other shoppers stood in lines wearing ski masks and long winter coats. Elsewhere, parking lots were jammed as more retailers than ever opened with major markdowns as enticements, especially on electronics."

But if you thought that Black Friday was purely an American phenomenon, you would be wrong. Take the U.K., for example.

As the British newspaper The Telegraph points out: "In the UK ... Black Friday meant little until 2010. Before then, the only knowledge most shoppers had about the US craze was the television images of consumers fighting to get into the leading stores, such as Macy's in New York. The nearest phenomenon in the UK was Boxing Day (Dec. 26) and its ubiquitous sales."

But then, Amazon started offering Black Friday discounts in the U.K. and that quickly took hold in some of the bricks-and-mortar stores. Now, discounts surrounding the day after an American holiday that is meaningless to most Brits are picking up steam.

The BBC reports today that police were called to supermarkets across the U.K. to perform the sort of crowd control of shoppers that you'd have seen only in the U.S. until a few years ago. Visa expects that U.K. shoppers will spend $813 billion online alone.

And, at the shops? According to the BBC:

"Greater Manchester Police appealed for calm after attending seven Tesco shops, at which three men were arrested and a woman was hit by a falling television.

"The force said the issues were 'totally predictable' and it was 'disappointed' by shop security. Tesco said only a 'small number' of stores were affected.

"Police were called in places including Dundee, Glasgow, Cardiff and London."