Accessibility links
Ray Rice Wins Appeal, Reinstated By NFL : The Two-Way The former Baltimore Ravens running back had been suspended indefinitely after a video surfaced showing him hitting his then-fiancee. 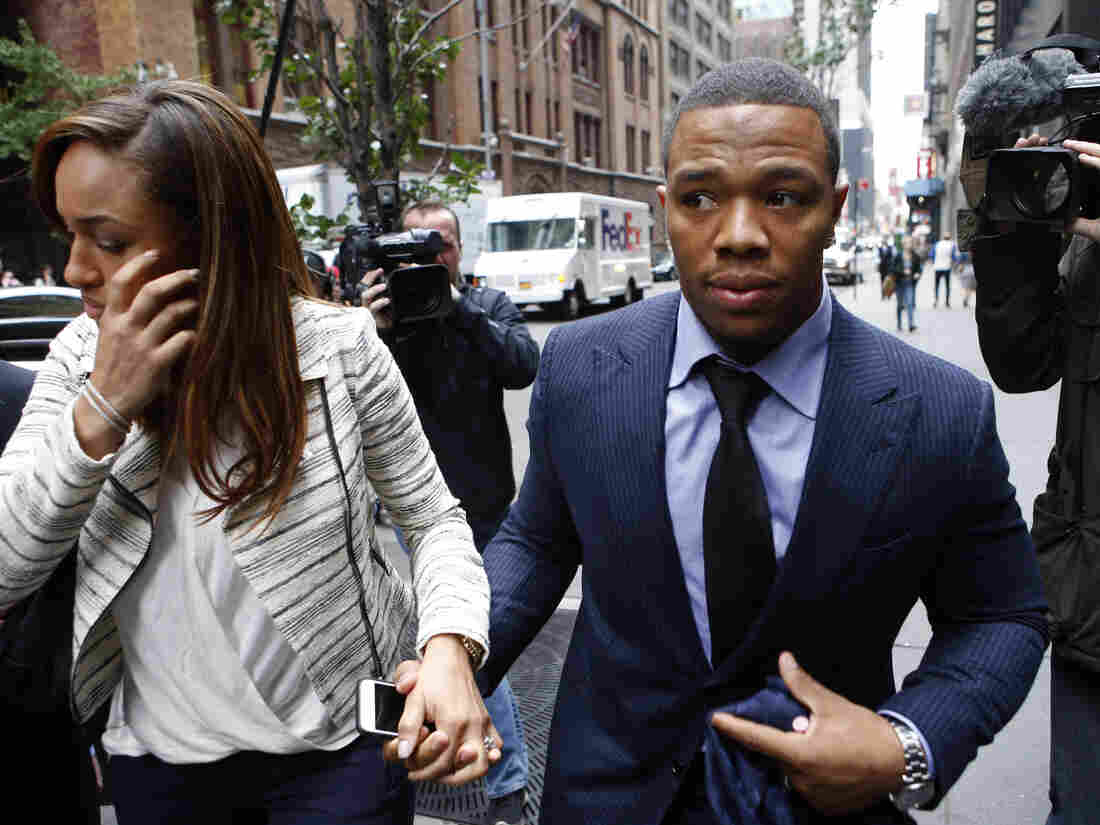 Ray Rice arrives with his wife Janay Palmer for an appeal hearing of his indefinite suspension from the NFL, on Nov. 5. in New York. Jason DeCrow/AP hide caption 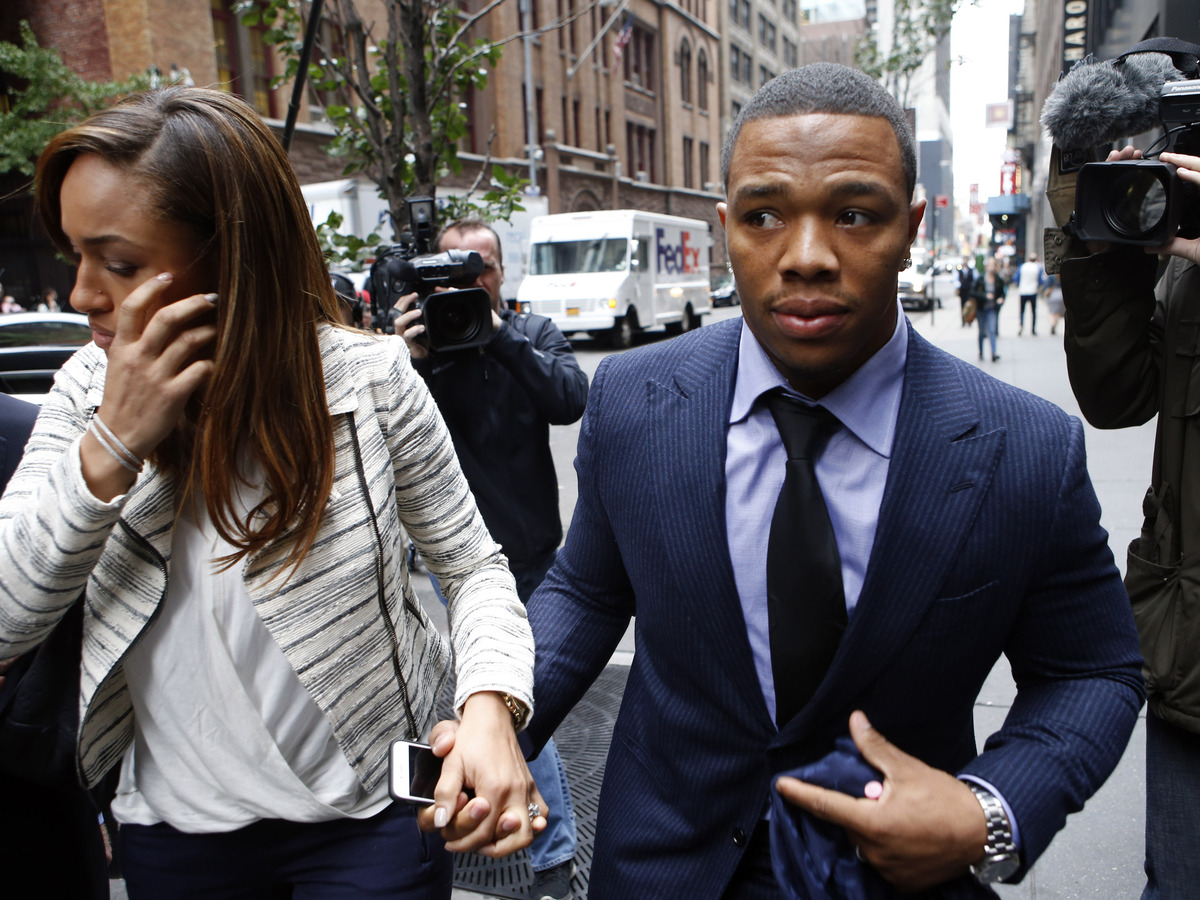 Ray Rice arrives with his wife Janay Palmer for an appeal hearing of his indefinite suspension from the NFL, on Nov. 5. in New York.

Former Baltimore Ravens running back Ray Rice, who was suspended indefinitely after a video surfaced earlier this year that showed him hitting his then-fiancee, has won an appeal and will be reinstated by the NFL.

In a statement issued by Rice later, he thanked his wife, Janay and acknowledged that he had "made an inexcusable mistake" and that he meant to "improve myself and be the best husband, father and friend, while giving back to my community and helping others to learn from my mistakes."

The National Football League reported the news on its website. The NFL Players Association union said the suspension had been "vacated immediately," according to The Associated Press.

"This decision is a victory for a disciplinary process that is fair and transparent," the union said in a statement.

According to AP: "The appeal was heard earlier this month by former U.S. District Judge Barbara S. Jones. She was deciding whether the NFL overstepped its authority in modifying Rice's two-game suspension, making it indefinite after video of the Baltimore Ravens running back punching his fiancee — now his wife — became public."

ESPN says that Rice's appeal ended on Nov. 6 and that his wife, Janay Palmer, also testified before Jones, who acted as an independent arbitrator.

As The Two Way's Bill Chappell reported at the time of his suspension, Rice was not only suspended from the league by Commissioner Roger Goodell but also terminated by the Ravens.

Initially, however, Rice, 27, was suspended for only two games for the incident of domestic violence that was caught on security cameras at an Atlantic City casino in February. The suspension was only made indefinite on Sept. 8 after the video became public.

USA Today reports that the union argued that Rice had been subjected to double jeopardy because the decision to make the suspension indefinite was based on the same evidence despite the release of the video. The NFL had argued that the video was new evidence.

In her decision, Jones said she had no doubt that viewing the video "evoked horror in Commissioner Goodell as it did the public.

"But this does not change the fact that Rice did not lie or mislead the NFL," she wrote.