Accessibility links
Mexican TV Icon Roberto Gómez Bolaños Dies At 85 : The Two-Way The actor, writer and director was a staple of Mexican television comedies and children's programs for decades. 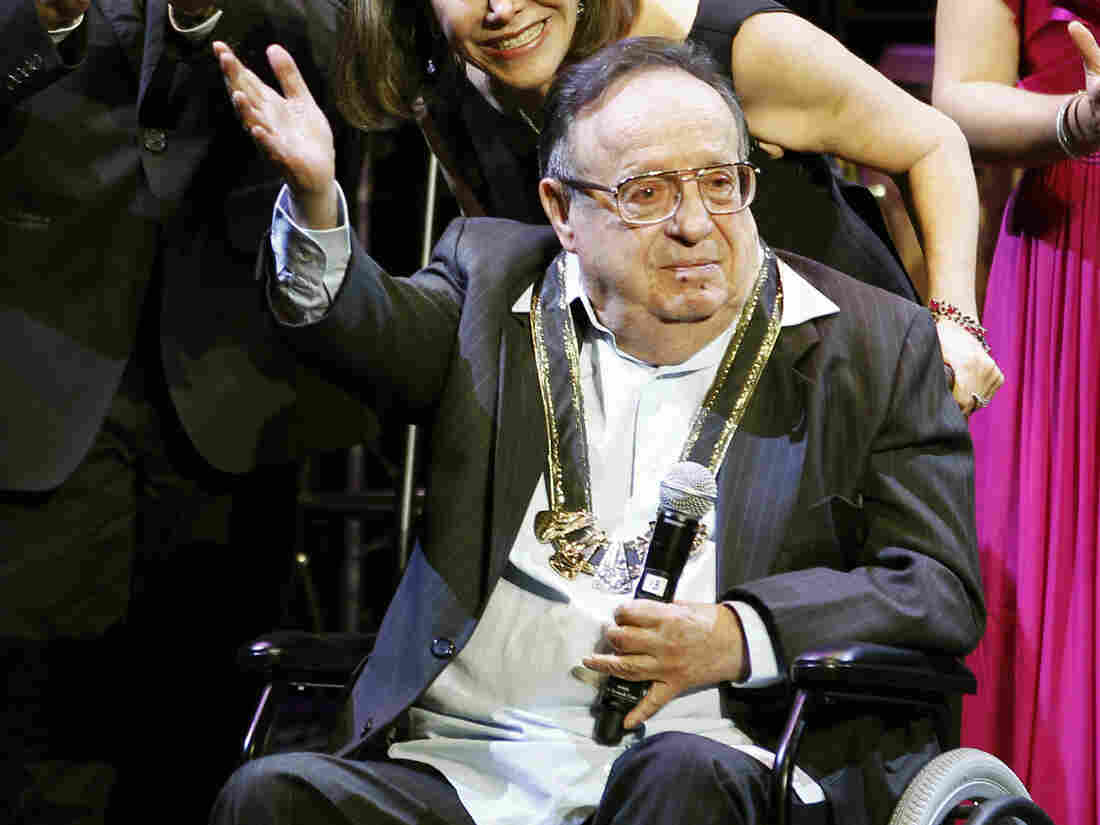 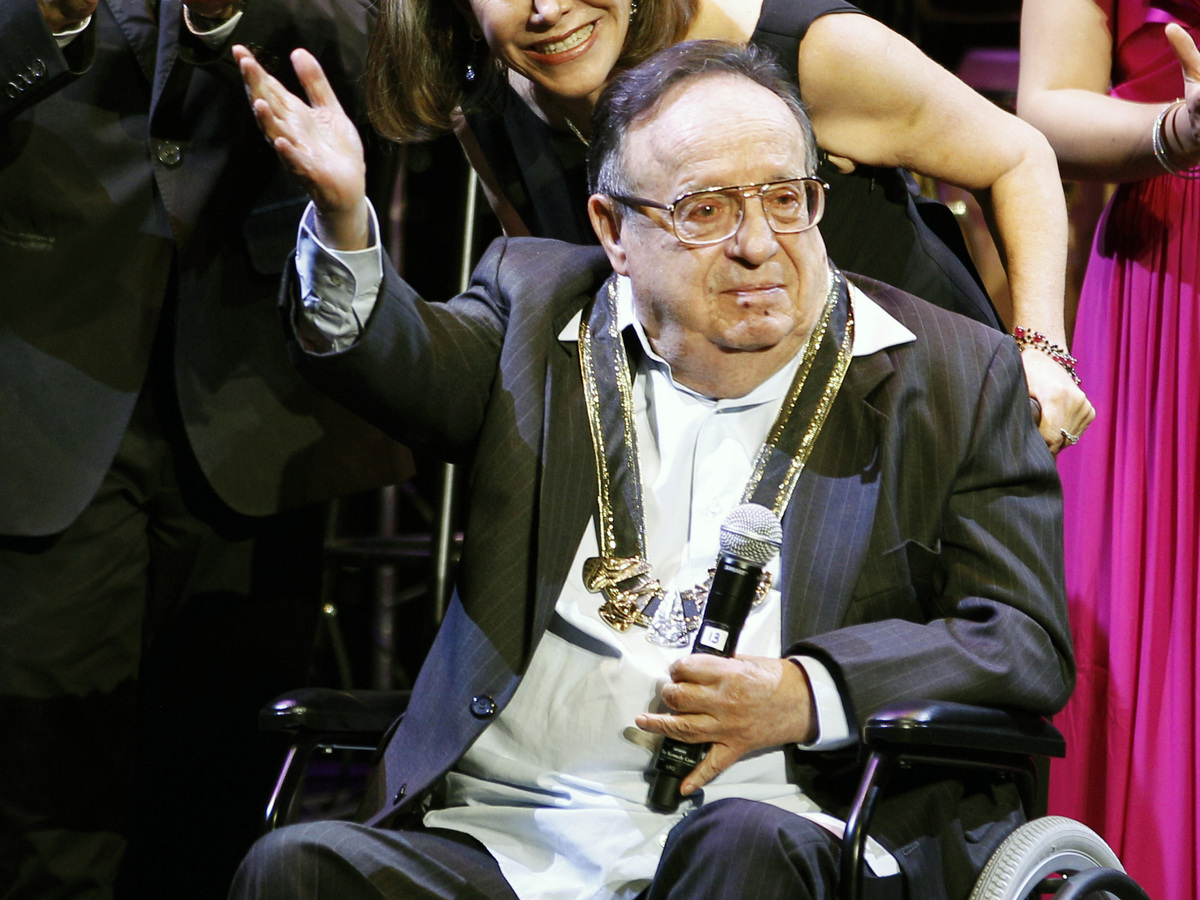 A photo from 2011 shows Roberto Gómez Bolaños and his wife Florinda Meza at the 25th Annual Hispanic Heritage Awards at The John F. Kennedy Center in Washington. Bolaños reportedly died on Friday at age 85.

Roberto Gómez Bolaños, a popular Mexican comedic actor and screenwriter known by the nickname "Chespirito," has died at age 85 after a long illness, Latin Times reports.

The Associated Press notes: "His morning show was a staple for preschoolers, much like Captain Kangaroo in the United States.

"He warmed the hearts of millions with a clean comedy style far removed from the sexual innuendo and obscenity-laced jokes popular today. In a career that started in the 1950s, he wrote hundreds of television episodes, 20 films and theater productions that drew record-breaking audiences," the AP says.

Latin Times says of him: "The actor is famous for his characters on El Chavo del 8, El Chapulín Colorado, and other shows. Born in Mexico City in 1929, Gómez Bolaños was writing scripts and screenplays in his early twenties, despite studying for being an engineer. The all-rounded artist also composed songs and scripts for radio shows. It was in the 1960's, when the two most popular Mexican television shows on air were written by Gomez Bolaños, that he earned the nickname Chespirito from director Agustín P. Delgado. The nickname, which he would later be recognized by around the world, translates to 'Shakespearito' or 'Little Shakespeare.'"

Among other things, Simpsons creator Matt Groening has said that seeing Gómez Bolaños' antics on Mexican television inspired the character Bumblebee Man that has been a recurring character on the long-running American animated cartoon.

"The Hispanic market has never had such a beloved celebrity like Roberto Gómez Bolanos and perhaps there will never be one like him," said Maca Rotter, executive director of Televisa Consumer Product, was quoted by Latin Times as saying. "He has been a Mexican icon for past and future generations, considering that his heritage is more alive than ever."