Accessibility links
Taliban Attack A Second Foreign Guesthouse In Kabul : The Two-Way The militant group targeted a different guesthouse in an attack on Friday. The incidents are part of a major uptick in violence in the country in recent days. 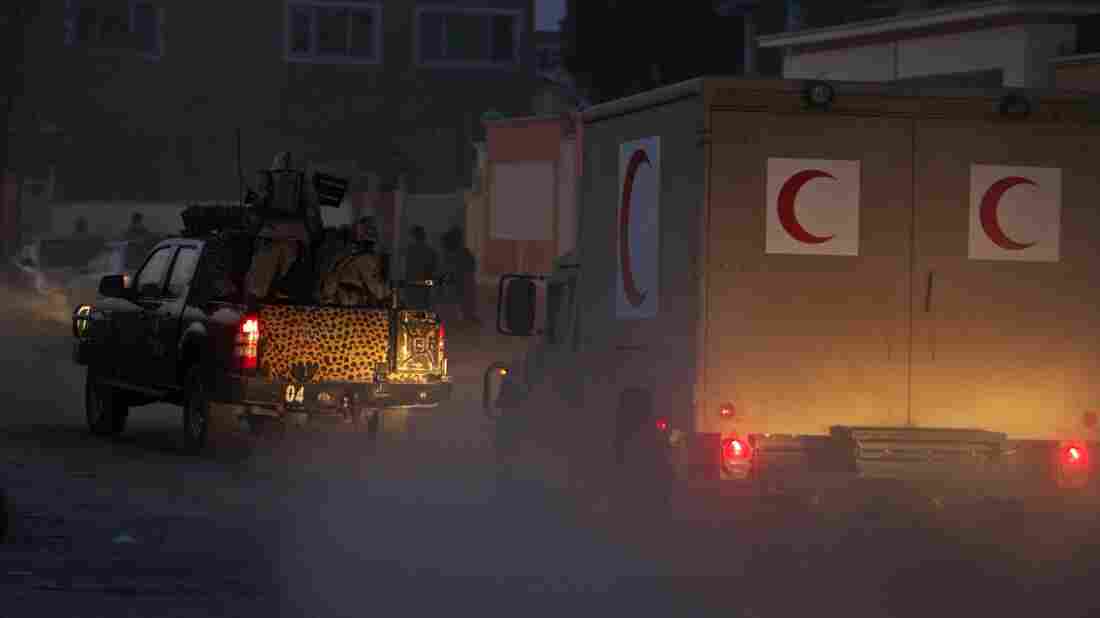 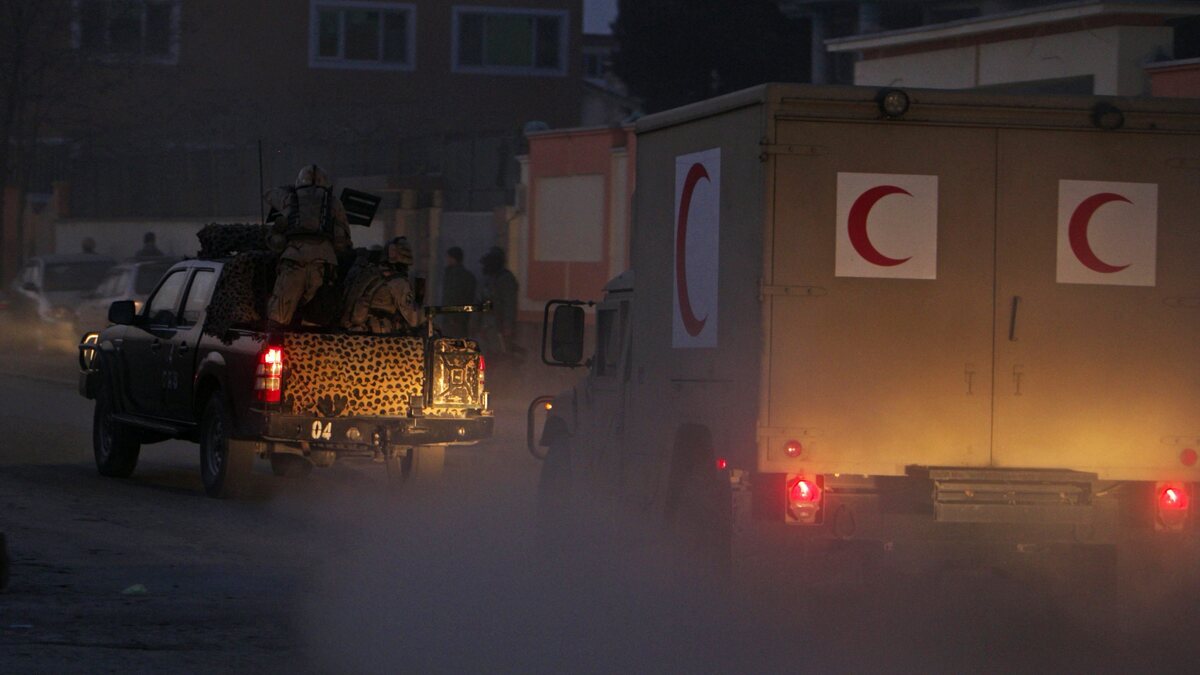 Afghan security personnel secure the site of a bomb explosion in Kabul on Saturday.

For the second time in as many days, a foreign guesthouse in the Afghan capital came under attack by Taliban suicide bombers and gunmen.

NPR's Sean Carberry reports that police initially believed two or three militants entered the compound in Kabul's western Karte Seh district. He said one South African woman who was a resident at the house and managed to escape told him that as many as 12 people, including children, were trapped inside. Later, Reuters quoted an Afghan official as saying "all three" attackers were dead.

Qadam Shah Shaheem, commander of the Afghan army's 111 Military Corps in Kabul, was quoted by Reuters as saying that at least two civilians died in the assault and eight others were rescued.

A Taliban statement said the attack was on a "secret Christian missionary center," although it's not yet clear who runs the guesthouse.

As we reported on Friday, a guesthouse run by a foreign aid agency was attacked in similar fashion. All four attackers were killed and there were no reports of deaths or injuries among those staying at the compound.

The Taliban has waged a series of large-scale attacks against foreigners in the Afghan capital in recent days. Sean calls it "the most sustained period of Taliban violence in Kabul in recent memory, certainly the most I've seen in the 2 1/2 years I've been here."

The uptick in violence comes as the Afghan parliament's ratified a security agreement with the United States that would allow as many as 10,000 U.S. troops to remain in the country after the end of the year.