Accessibility links
Obama To Ask For $263 Million For Police Body Cameras, Training : The Two-Way President Obama has been meeting with civil rights leaders and other officials to discuss mistrust of police in communities of color. Obama is announcing a task force on "21st century policing." 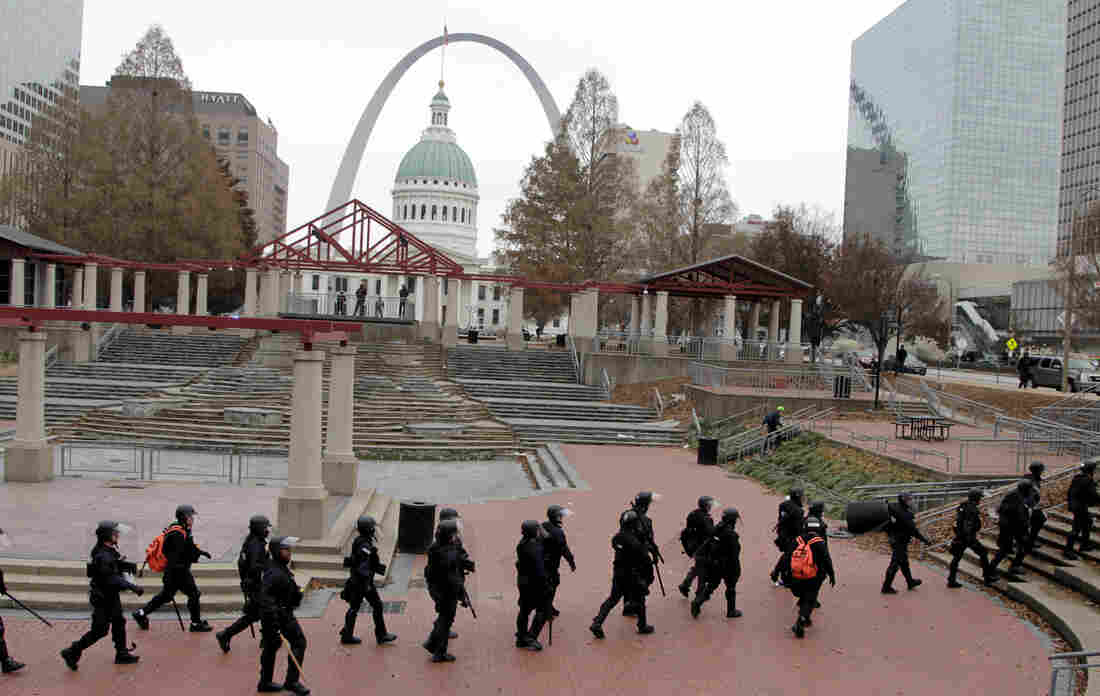 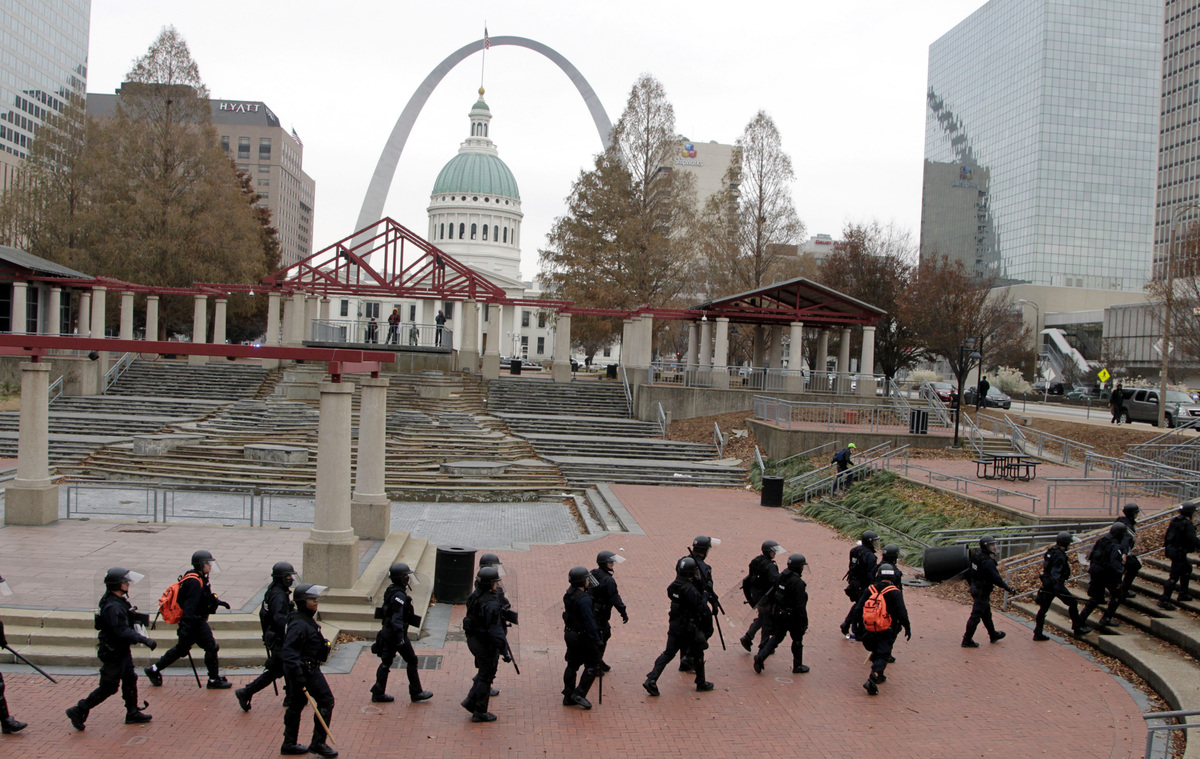 After a day spent meeting with his Cabinet, civil rights leaders and other officials about the mistrust of police in communities of color, President Obama will ask Congress for $263 million in part to equip local police with body cameras.

As the president confirmed his plans at the White House, Attorney General Eric Holder announced he will soon release new guidelines to limit racial profiling by authorities.

And at today's daily news briefing, another topic arose that grew controversial during the Ferguson protests: the practice of the U.S. military sending surplus gear and vehicles to local police.

During a briefing with reporters, a White House official said Obama is also set to announce the creation of a task force on "21st century policing" that will "examine how to promote effective crime reduction while building public trust."

Obama, the official said, has appointed two co-chairs to the commission: Charles Ramsey, the Philadelphia police commissioner, and Laurie Robinson, a George Mason University professor and a former assistant attorney.

After another day of mostly peaceful protests in Ferguson, Mo., President Obama is scheduled to meet with civil rights leaders to discuss mistrust of police in communities of color.

A White House official said Obama will also meet elected officials, and community and faith leaders, "to discuss how communities and law enforcement can work together to build trust to strengthen neighborhoods across the country."

Of course, the series of meetings comes after a grand jury decided not to indict Darren Wilson in the killing of Michael Brown. The decision led to a couple of days of protests, in which demonstrators set fire to vehicles and buildings while police fired upon the crowd with tear gas.

The St. Louis Post-Dispatch reports that six demonstrators were arrested on Sunday after they demonstrated outside the St. Louis Rams game and at local chain stores like Target.

The paper spoke to one protester at a downtown plaza:

" 'Our rights are taken away from us every single day, and we usually give up but we stuck to this,' said demonstrator LaShell Eikerenkoetter, 25, of Jennings. 'There are voices that aren't out here but my voice is out here for them.'

"Eikerenkoetter, hoarse from yelling, said she's been protesting since a Ferguson police officer shot Michael Brown on Aug. 9, and plans to continue."

The White House, for its part, said Obama had scheduled today's meetings in response to the recent events in Ferguson.

"As the country has witnessed, disintegration of trust between law enforcement agencies and the people they protect and serve can destabilize communities, undermine the legitimacy of the criminal justice system, undermine public safety, create resentment in local communities, and make the job of delivering police services less safe and more difficult," the White House official added.

Obama is also scheduled to meet with his Cabinet, which is considering changes to a federal program that delivers equipment to local and state police.