Accessibility links
Kalashnikov's New Slogan? 'Weapons Of Peace' : The Two-Way Millions of Kalashnikov's AK-47 have found their way to battlefields across the globe. With the new branding, the company hopes to expand its business domestically and internationally. 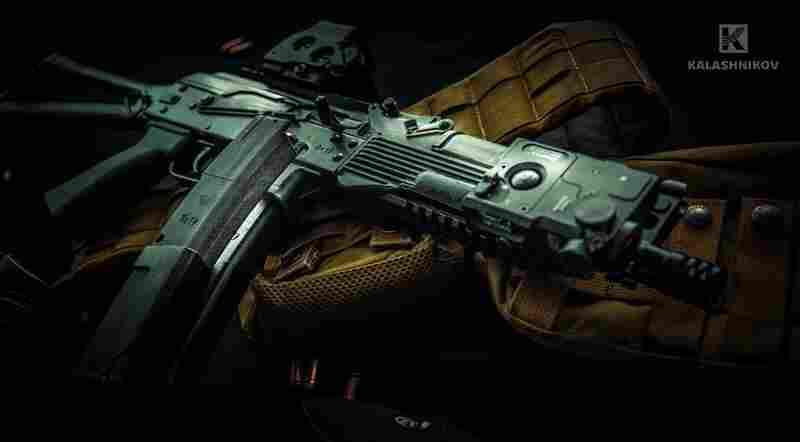 A promotional image of a Kalashnikov rifle. Rostec hide caption 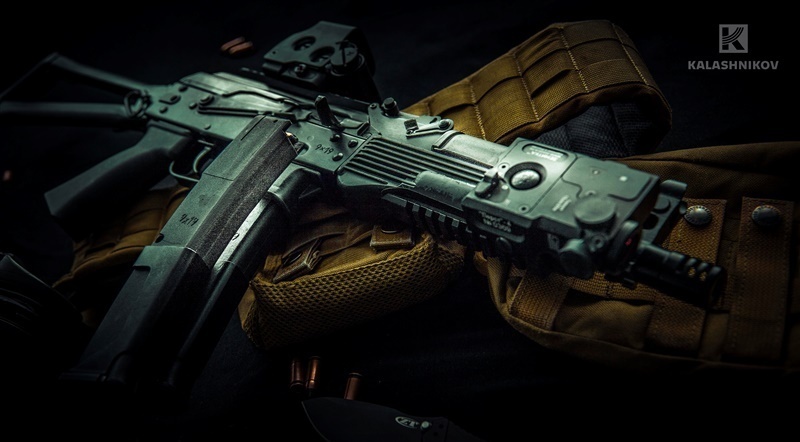 A promotional image of a Kalashnikov rifle.

Kalashnikov, the maker of the world-renowned AK-47, has unveiled a new logo and a new slogan.

In a briefing for reporters, Rostec Corp. said the new branding emphasizes that its weapons are "protecting peace."

"The rebranding is a symbol of changes in the way our business works and our product lines that have been long in the making," Alexei Krivoruchko, Kalashnikov's chief executive, said at Tuesday's unveiling. "The new brand will reflect our main principles: reliability, responsibility and technological efficiency."

Russia Today notes that the new slogan is a little more complex than that. In English, the company says, the slogan is "Protecting Peace," but in Russian, the slogan can mean two things depending on how you interpret the Russian word mir.

"In Russian it translates as 'Weapons of Peace' or 'Weapons of the World,' " the state-funded Russia Today reports. "The ambiguity missed in the English version is meant to stress both the prevalence of Kalashnikov firearms in the world and its producer's mission to provide nations and individuals with the means to protect themselves."

In its story, The Guardian takes note of a slick video released to promote the new branding. The paper reports that it relies on an "edited version of its history that glosses over the numerous messy civil wars in which it has been the main instrument of killing."

The paper goes on:

" 'The gun was made for the defence of a country that was living through the cold war and had to be prepared for a major intervention,' says the video voiceover. 'The simple and reliable AK was also in demand well beyond the borders of the Soviet Union.

" 'It precipitated not just a technological but a social revolution. Freedom movements in Africa, Asia and Latin America could at last fight back against professional colonial armies. The AK-47 gave them the chance to demand rights and achieve justice. This is a weapon which helped people defend their families and futures, and demand the right to a peaceful future.' "

In truth, the gun was used by freedom fighters, but the more than 100 million AK-47s and its variants sold across the world have also been used by a wide range of infantry soldiers and terrorists.

We noted this back in January, when the Russian Orthodox Church published a letter it received from Mikhail Kalashnikov, the inventor of the AK-47.

In the letter, Kalashnikov expressed anguish over the deaths his invention may have caused. He wrote:

"My spiritual pain is unbearable.

"I keep having the same unsolved question: If my rifle claimed people's lives, then can it be that I ... a Christian and an Orthodox believer, was to blame for their deaths?

"The longer I live, the more this question drills itself into my brain and the more I wonder why the Lord allowed man to have the devilish desires of envy, greed and aggression."

With the new branding, the company hopes to expand its business domestically and internationally.

Krivoruchko added that the company was planning to ship 200,000 weapons a year to the U.S. and Canada, but those plans are on hold because of the sanctions imposed on Russia by the U.S. and its allies.