Accessibility links
Grand Jury In Garner Case Heard From 50 Witnesses, Saw 4 Videos : The Two-Way A New York judge allowed the release of limited information about the usually secret process. Unlike the Ferguson case, the judge released only metadata. 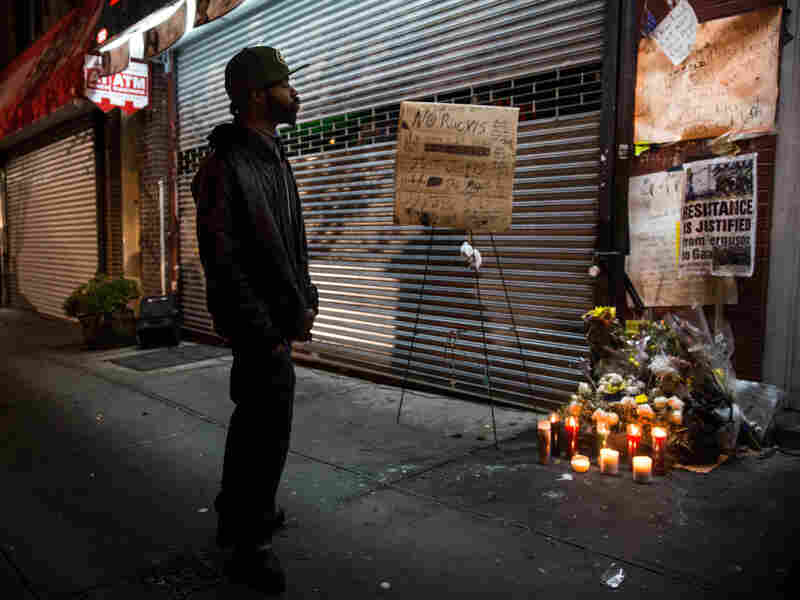 A man pauses Wednesday at a memorial for Eric Garner outside the beauty salon in Staten Island where he died during an arrest attempt. Andrew Burton/Getty Images hide caption 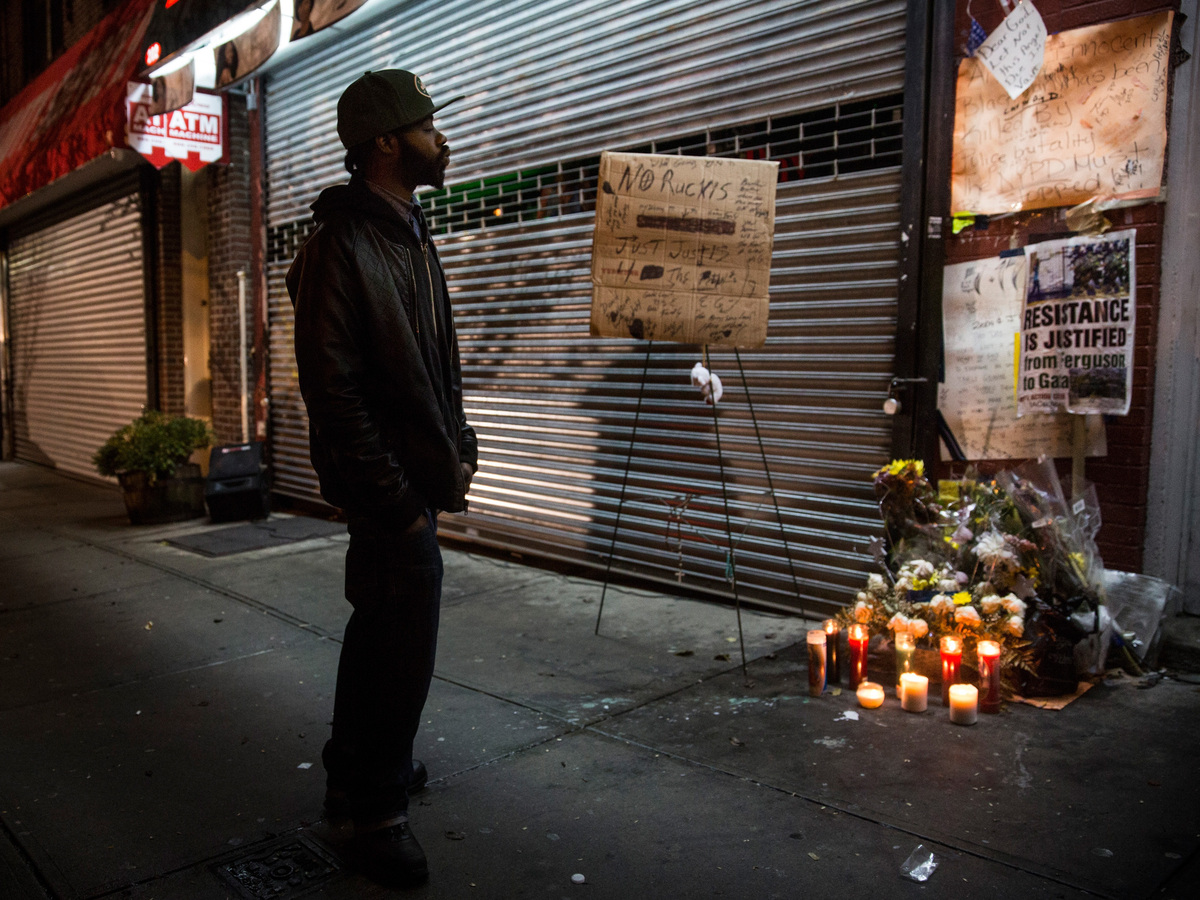 A man pauses Wednesday at a memorial for Eric Garner outside the beauty salon in Staten Island where he died during an arrest attempt.

The grand jury that weighed whether to charge the New York police officer involved in the death of Eric Garner heard from 50 witnesses and saw dozens of exhibits, including four videos, before declining to indict.

We know this because Stephen J. Rooney, a justice on Richmond County Supreme Court in New York, allowed the release of limited information about the usually secret process.

In his order, Rooney says the law "unequivocally establishes that the need for secrecy is presumed, and that the burden is on the party seeking disclosure to rebut this presumption by asserting sufficient facts to show that the interests claimed outweighs the dangers inherent in violating the secrecy of the grand jury."

In this case, Rooney writes, allowing the release of some information is important to ensure that New Yorkers continue to trust the judicial system.

"Somewhat uniquely in this matter, the maintenance of trust in our criminal justice system lies at the heart of these proceedings, with implications affecting the continuing vitality of our core beliefs in fairness, and impartiality, at a crucial moment in the nation's history, where public confidence in the even-handed application of these core values among a diverse citizenry is being questioned," Rooney writes.

The judge, therefore, allowed the release of the following details:

-- They heard from 50 witnesses — 22 civilians and the rest were police officers, emergency medical personnel and doctors.

-- Sixty exhibits were admitted into evidence, including four videos and records about the policies and procedures of the New York Police Department.

-- They saw records on NYPD training.

-- Finally, they were briefed on law that governs a police officer's use of physical force when making an arrest.

This is different from the approach authorities took in Ferguson, where the prosecuting attorney decided to unilaterally release all of the evidence and testimony presented to the grand jury.

Remember, as a matter of course grand jury proceedings are secret, so the prosecutor has to ask for an exemption from a judge to release documents. Rooney writes that the prosecutor in this case, Richmond County District Attorney Daniel M. Donovan Jr. sought a limited release. He did not seek the release of "transcripts of the grand jury testimony or exhibits."

Donovan issued a statement saying: "I respect the Court's exercise of its discretion, and will abide by the Court's Order. As such, I will have no further comment in connection with the grand jury proceedings relating to the matter of The Investigation into the Death of Eric Garner."