Accessibility links
Uber Is Richer Than Ever, But The Company Still Isn't Playing Nice : The Two-Way Uber brought in $1.2 billion in its last round of financing, despite months of bad press. Or maybe because of it: One business professor says venture capitalists see jerks as better investments.

Uber Is Richer Than Ever, But The Company Still Isn't Playing Nice

Uber Is Richer Than Ever, But The Company Still Isn't Playing Nice

Uber is riding high. The company announced its latest investment numbers Thursday, and they're impressive. Uber Technologies Inc. raised $1.2 billion in its latest round of financing, and is now valued at over $40 billion. Fortune magazine also reports that the ride-sharing service was recently authorized to sell up to $1.8 billion in stock.

It's all quite an accomplishment for a company that has been hit with bad press for the past several months. Uber drivers have been striking for higher fares. The company has come under fire for how it uses ride data, with some even accusing Uber of keeping track of riders' one-night stands. Recently, an Uber executive alluded to the possibility of spying on journalists.

Uber has also been accused of going to extreme lengths to bring down competitors. The company has hired stealth riders, giving them burner phones to cancel fares, and giving them cash payments to lure drivers from other services like Lyft. And several profiles of Travis Kalanick, Uber's CEO, paint a picture of a man who is constantly looking for a fight, and who really just isn't that nice.

So, knowing all of this, why would anyone want to invest in Uber?

Greg Autry is a professor of clinical entrepreneurship at the University of Southern California, and he argues that venture capital investors are often looking for the opposite of nice guys. 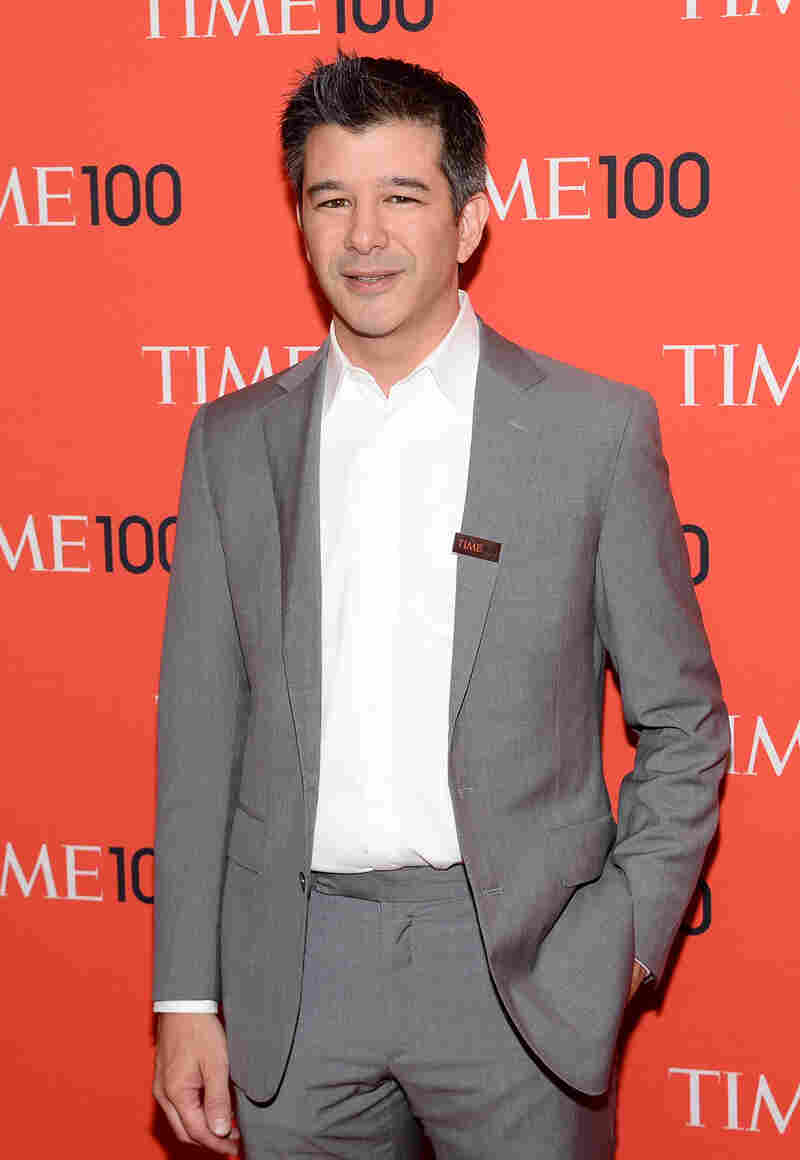 Uber CEO Travis Kalanick arrives at the 2014 TIME 100 Gala in New York. Kalanick is known for being a tough guy, and by some measures, that reputation has helped the company. Evan Agostini/AP hide caption 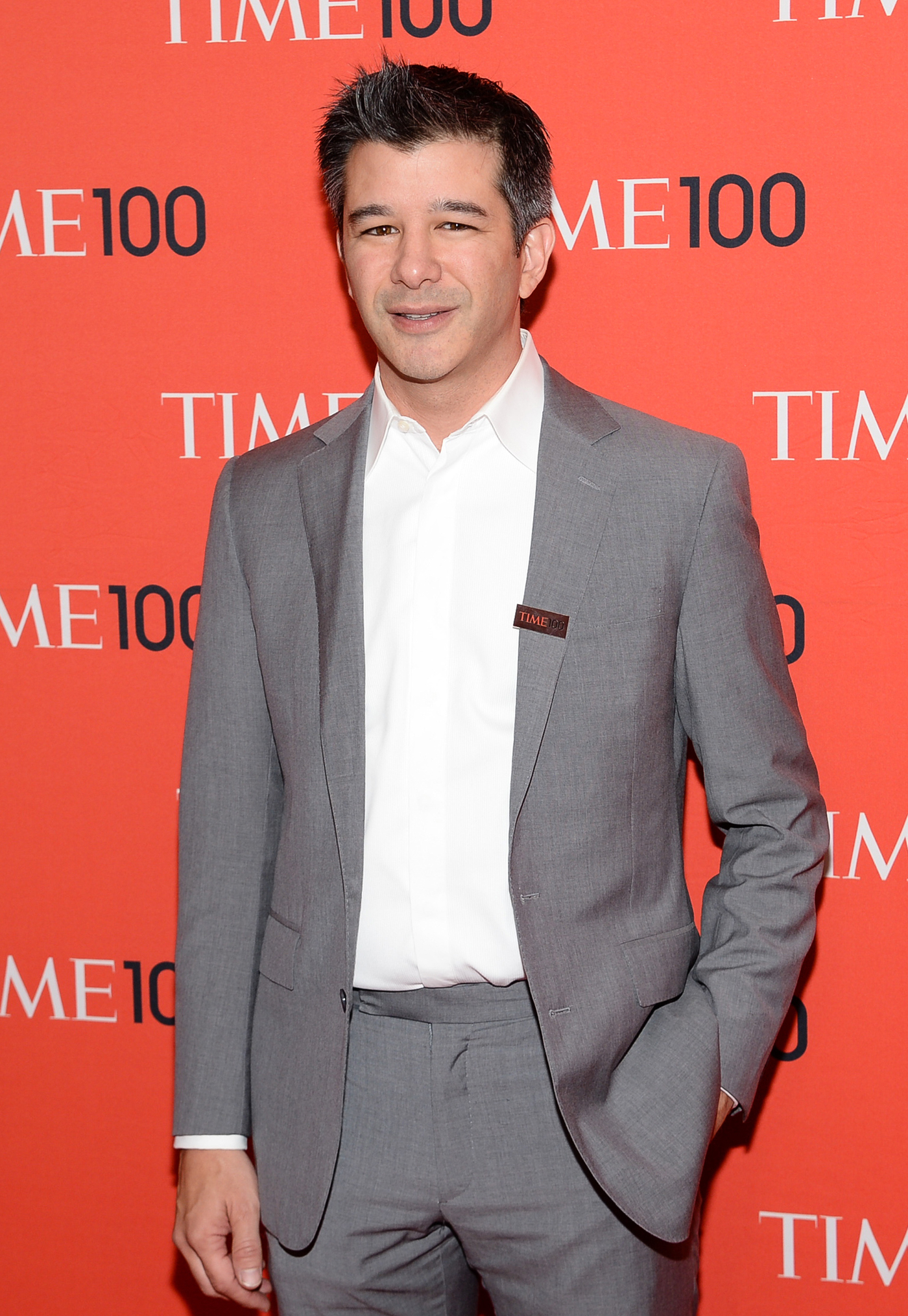 Uber CEO Travis Kalanick arrives at the 2014 TIME 100 Gala in New York. Kalanick is known for being a tough guy, and by some measures, that reputation has helped the company.

"They want somebody who's going to go out there and fight for their money," Autry says. "They're used to bad boys, and that's sometimes what it takes to get stuff done in business. They want a fierce competitor that operates within not necessarily the letter of the law, but the reality of what you can get away with in the law."

Ellen Cushing of San Francisco Magazine wrote what's so far the most detailed profile of Kalanick, Uber's CEO. She says that all of the talk of Uber disregarding the rules, being tough — and sometimes just mean — is true. And it's valued.

"I think it's really him [Kalanick]," says Cushing. "I think that the sort of hyperaggressive, hypercompetitive behavior is rewarded in Silicon Valley, so I think that he's being egged on to some degree, but everything I saw, everyone I've talked to, people who have known him for a very long time — he's been like this for a very long time."

Autry also says that Uber, in having to go up against city governments and the entrenched taxicab industry, needed to be tough.

"They really had to go toe-to-toe with local government and with the vested interests of the taxi drivers' unions and coalitions, trying to undo them," says Autry. "If they didn't have that nature, they couldn't be where they are now."

Autry thinks, for all of the bad press Uber has been receiving, it's still press, and that can be a good thing.

"From a money standpoint, sometimes it doesn't hurt to be all over the news," he says. "There's a whole lot of Americans who didn't know what Uber was, but they do now."

For its part, in that same statement announcing its latest financials, Uber acknowledged that it might need to change:

"This kind of growth has also come with significant growing pains. The events of the recent weeks have shown us that we also need to invest in internal growth and change. Acknowledging mistakes and learning from them are the first steps. We are collaborating across the company and seeking counsel from those who have gone through similar challenges to allow us to refine and change where needed.

"Fortunately, taking swift action is where Uber shines, and we will be making changes in the months ahead. Done right, it will lead to a smarter and more humble company that sets new standards in data privacy, gives back more to the cities we serve and defines and refines our company culture effectively."

But, Autry argues, some of that change might come without Kalanick.

"A lot of venture capitalists say there's a CEO for each phase of the company," says Autry. "And clearly at some point, once Uber becomes the dominant party — they'll be bigger than the collective taxicab industry — then no, they can't afford to have that attitude, and they're going to have to be Nice Uber. And you'll have to see a transition in leadership, because I don't think the current leadership can be Nice Uber."

But for now, Kalanick continues to run the toughest company in Silicon Valley, and investors seem happy to keep throwing money Uber's way.