Accessibility links
New York City Council Will Weigh Ban On Horse-Drawn Carriages : The Two-Way The city council gets the controversial bill at Mayor Bill de Blasio's request, one day after the editorial board of The New York Times urged, "Dump the bill. Keep the horses." 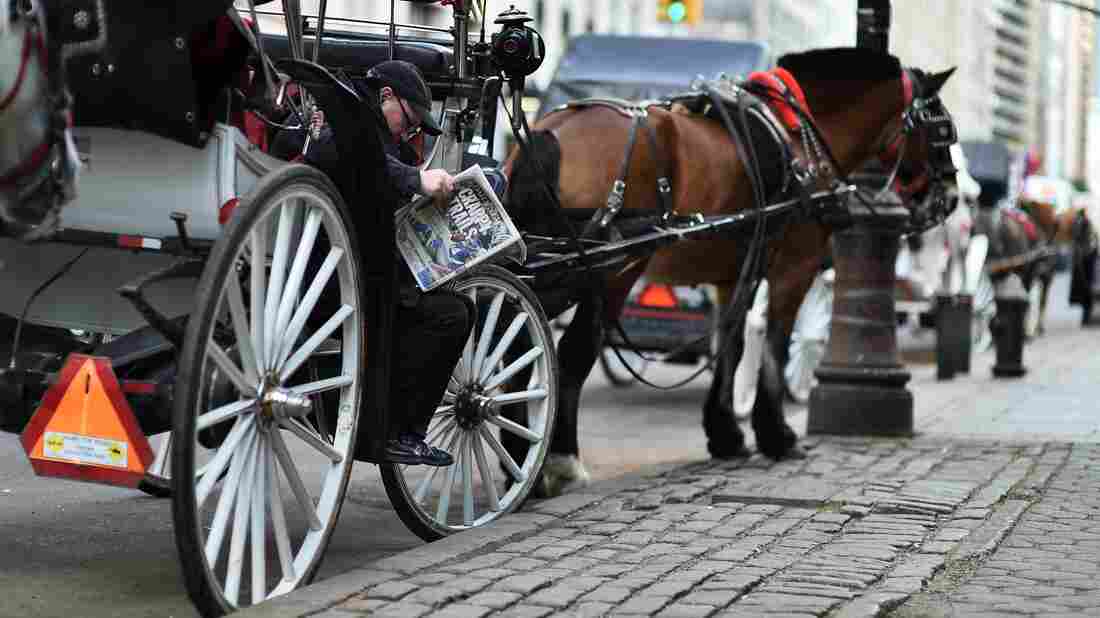 A horse-drawn carriage operator waits for riders near Central Park in New York on October 20, 2014. Mayor Bill de Blasio is backing legislation that would ban such carriages in 2016. JEWEL SAMAD/AFP/Getty Images hide caption 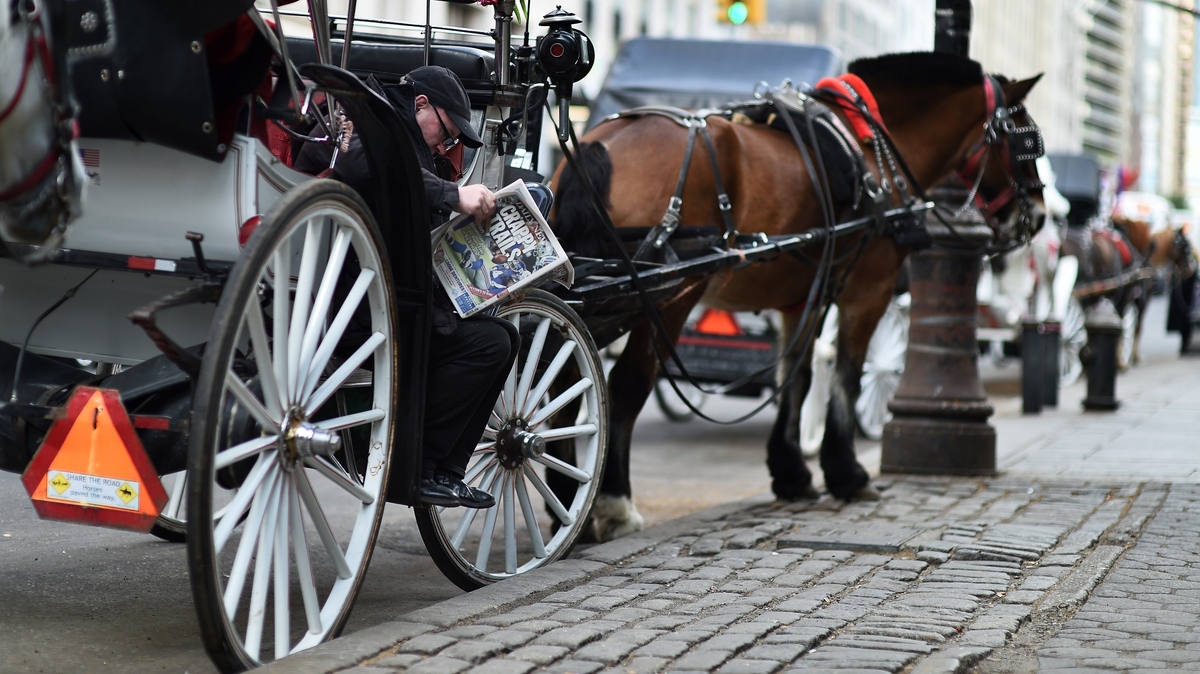 A horse-drawn carriage operator waits for riders near Central Park in New York on October 20, 2014. Mayor Bill de Blasio is backing legislation that would ban such carriages in 2016.

Following up on a controversial campaign promise, New York Mayor Bill de Blasio's bill to ban horse-drawn carriages reached the City Council on Monday, in a move to phase out the carriages that often give tours around Central Park.

The legislation says that as of June 1, 2016, "it shall be unlawful to operate a horse-drawn vehicle in the city of New York or offer rides to the public on a vehicle drawn or pulled by a carriage horse."

Dozens of carriage drivers and horses would be affected by the ban, which de Blasio backed during his 2013 campaign for the mayor's office.

Introduced at the mayor's request, the bill would allow carriage drivers to get job training and special cab licenses; it also requires proof that the horses won't be slaughtered when they're taken out of service.

Exceptions to the ban would be allowed only for "a parade, special event or filming permit," according to the bill, which was sent to the Transportation Committee.

It also boosts the penalty for breaking horse-carriage rules to a maximum of $25,000 instead of the current $500.

The proposed ban was introduced one day after the editorial board of The New York Times urged, "Dump the bill. Keep the horses."

Here's part of the newspaper's rationale:

"Why eliminate an entire class of Teamsters union jobs? How will the horses escape slaughter? What will happen to the stables, on coveted property on the West Side of Manhattan? (Not for nothing do people wonder why the force behind NYClass, the group pushing the anticarriage crusade, is a real estate developer, Stephen Nislick.) And does this have anything to do with the $1 million ad campaign financed by NYClass to eliminate Mr. de Blasio's main rival in the primary, then-Council Speaker (and carriage defender) Christine Quinn? Why are no advocates talking about getting rid of Police Department horses, which have tougher jobs than carriage horses?"

That only starts to list some of the people who've weighed in on the question. This weekend, the taxi cab drivers union said they're against the bill because it proposes giving the carriage drivers green taxi licenses – "even though there is a long waiting list for them," the New York Daily News says.

New York's City Hall was the scene of rallies on both sides of the issue today, after word emerged that the proposed ban would finally be introduced.

"As an animal rights activist, which I consider myself, the question before us today is: do horses really belong in traffic in New York City?" asked council member Daniel Dromm, who co-introduced the measure. "The majority of New Yorkers would have to say no to horses on New York City streets."

As the proposal's opponents have noted, two Quinnipiac University polls taken this year have found more than 60 percent of New York voters don't want the horse-drawn carriages to be banned.