Accessibility links
Uber's Troubles Mount Even As Its Value Grows : The Two-Way The attorneys general of San Francisco and Los Angeles counties are accusing the ride-sharing service of misrepresenting its background checks on drivers. It comes amid a rash of bad news for Uber.

Uber's Troubles Mount Even As Its Value Grows

Uber's Troubles Mount Even As Its Value Grows 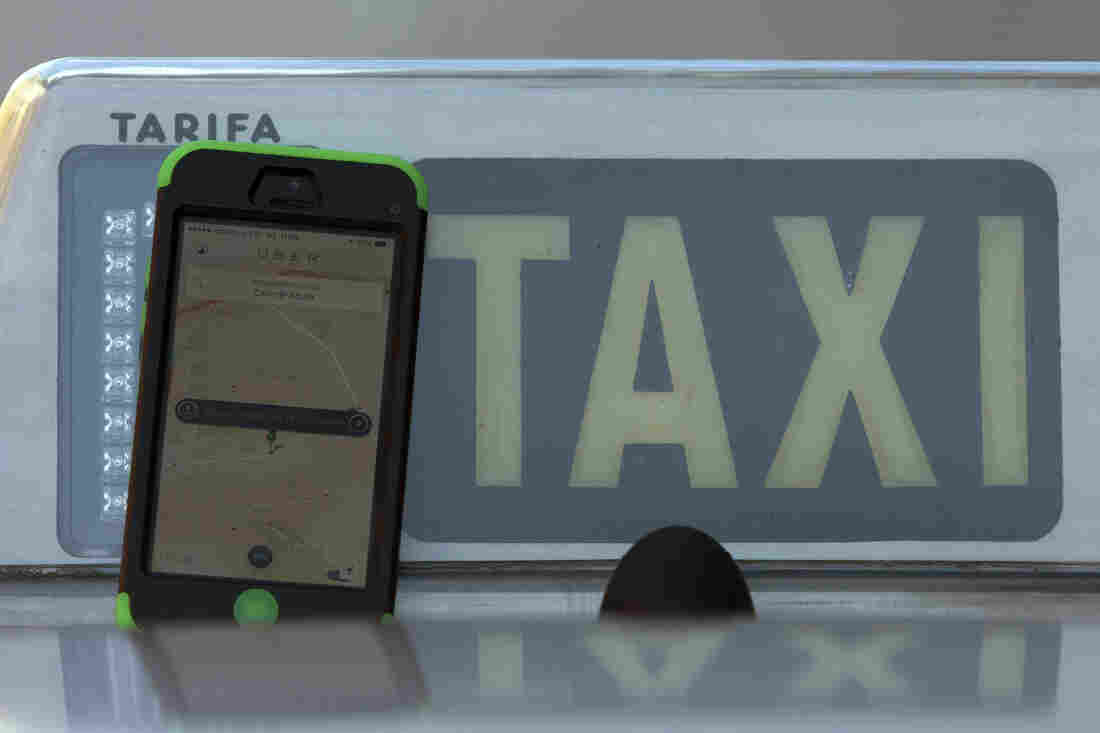 The Uber smartphone app is seen next to a taxi sign in Madrid, Spain. A Spanish judge this week ordered Uber to cease operations in the country. It's among the latest challenges facing the ride-sharing service recently valued at $40 billion. Sergio Perez/Reuters/Landov hide caption 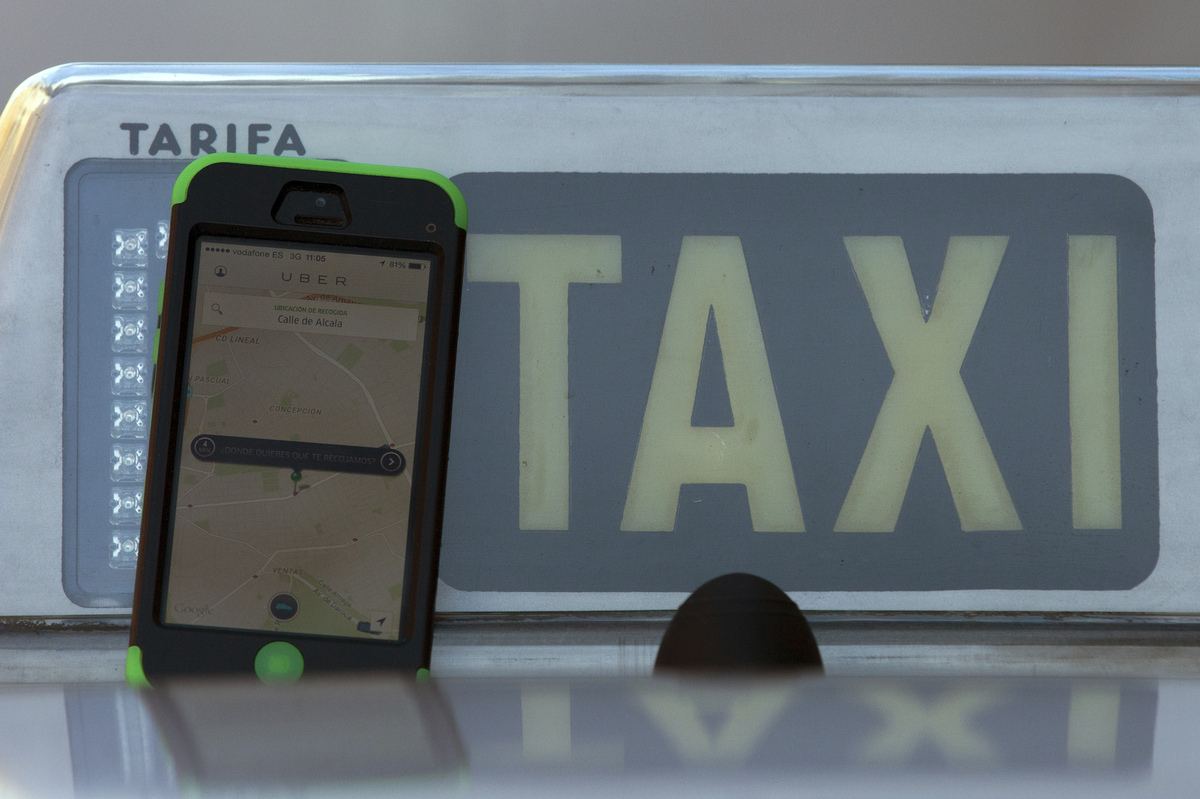 The Uber smartphone app is seen next to a taxi sign in Madrid, Spain. A Spanish judge this week ordered Uber to cease operations in the country. It's among the latest challenges facing the ride-sharing service recently valued at $40 billion.

Uber, the ride-sharing service that is growing in value, is also watching its troubles mount.

It's latest woes are in California where, as NPR's Laura Sydell tells our Newscast unit, the attorneys general of San Francisco and Los Angeles counties are suing Uber. Here's more from Sydell's report:

"Prosecutors say that Uber misrepresents and exaggerates how extensively it does background checks on drivers. Uber searches publicly available databases on individuals, but prosecutors say it needs to take fingerprints to check for criminal histories like traditional taxi companies."

Complaints against the company fall into two broad categories: One is the accusation that it doesn't screen its drivers properly; the other is the fact that it lacks permits to operate or is unregulated, and hence the charge that Uber has an unfair advantage over traditional taxis.

Driver screening: The service was banned this week in the Indian capital, New Delhi, where an Uber driver is accused of raping a female passenger. Similarly, in Chicago, police said today they are investigating allegations that an Uber driver sexually assaulted a passenger.

Permits: Authorities in Portland, Ore., shut down the service Dec. 10, saying its drivers don't have permits to operate in the city. A day earlier, a judge in Spain ordered Uber to stop its service in the country after protests by taxi drivers. Also this month, a Dutch court said the company's low-cost UberPop service could not operate in the Netherlands, and Thailand ordered the company to stop operations, too. In Rio de Janeiro, Uber drivers were told to get off the road or risk having their cars seized. Uber says it will appeal those decisions, and will continue to operate in some places where it has been ordered to stop.

The developments come amid a financial windfall for the San Francisco-based company. Uber announced last week that it raised $1.2 billion in its latest round of financing. It's now valued at more than $40 billion. That valuation came, as NPR's Sam Sanders reported, amid bad press for the company. Sanders noted:

"Uber drivers have been striking for higher fares. The company has come under fire for how it uses ride data, with some even accusing Uber of keeping track of riders' one-night stands. Recently, an Uber executive alluded to the possibility of spying on journalists.

"Uber has also been accused of going to extreme lengths to bring down competitors. The company has hired stealth riders, giving them burner phones to cancel fares, and giving them cash payments to lure drivers from other services like Lyft."