Accessibility links
Kentucky Says Noah's Ark Theme Park Won't Get Tax Breaks : The Two-Way Kentucky says the Christian group behind the project wouldn't commit not to discriminate in its hiring on the basis of religion. The group says it will challenge the state's decision. 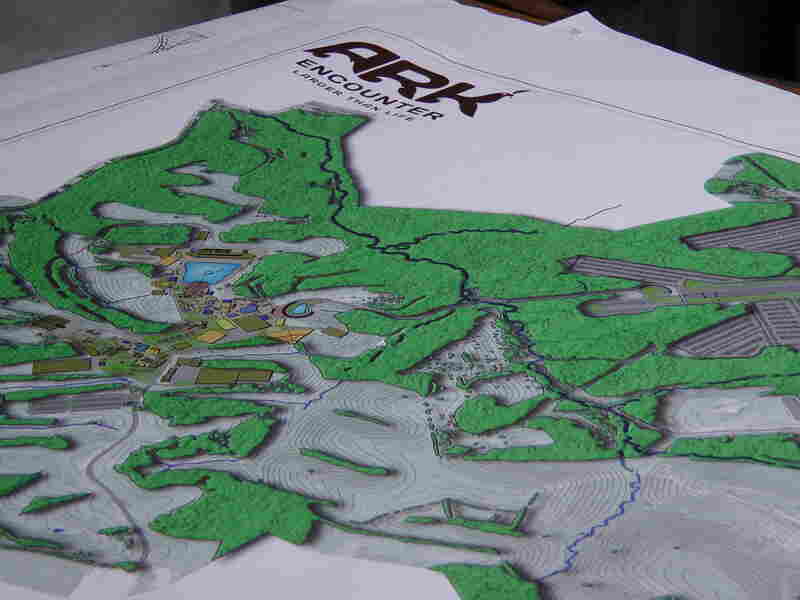 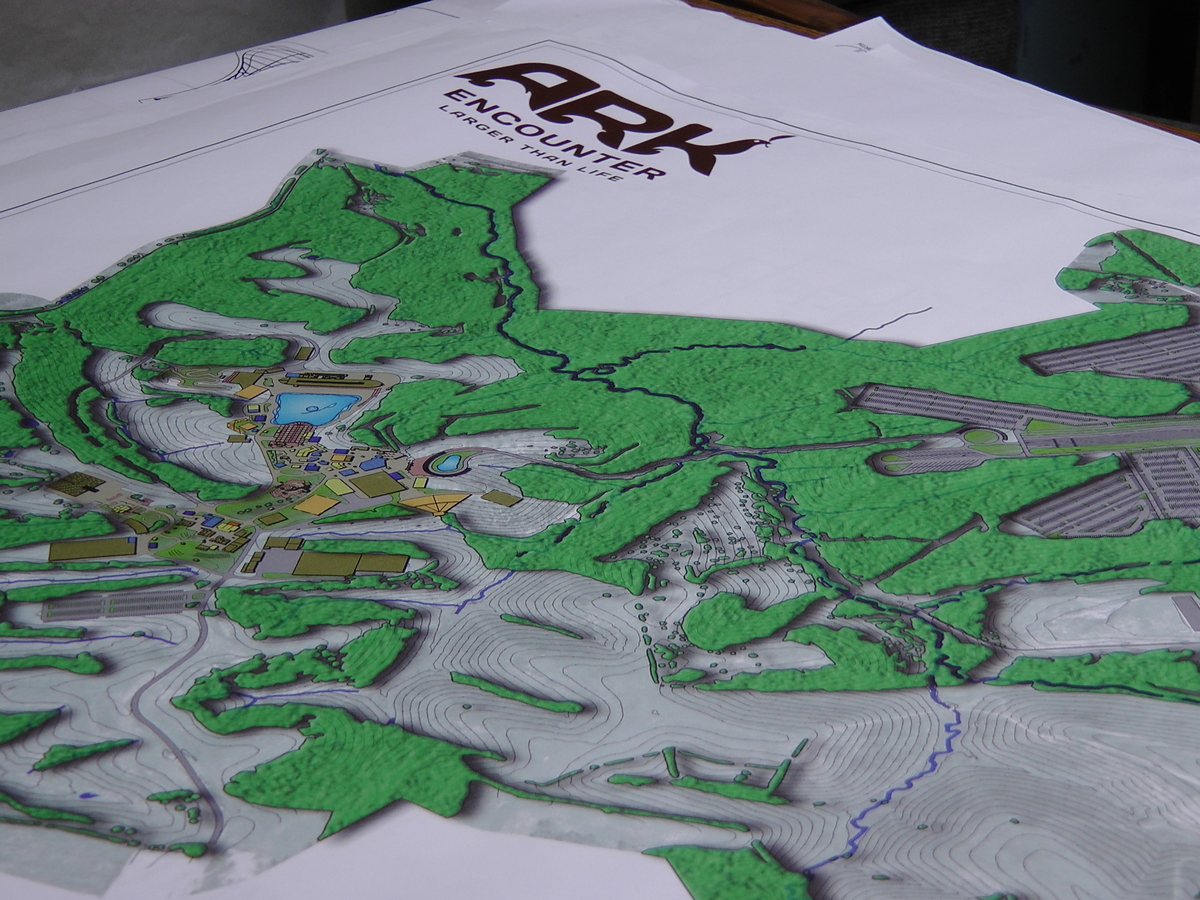 This July 7, 2011, photo shows plans for a proposed religious theme park called Ark Encounter, at the Ark Encounter headquarters in Hebron, Ky. Kentucky says that the project is ineligible for tax incentives

A Christian group in Kentucky that is building a Noah's Ark theme park says it will legally challenge the state's decision to withdraw its offer of tax breaks for the project.

"We have been working on this project with Kentucky for more than two years, so this just-received denial announcement is as disappointing as it is costly for our ministry without the expected rebate," said Ken Ham, president of Answers in Genesis, the group behind Ark Encounter. "Our construction has already begun at the Williamstown, Ky., site, and it must proceed.

"We are fully prepared to defend our fundamental rights in court if necessary, as this issue is of huge importance, not only to us, but to every religious organization."

Ham, in a statement, said two public interest law firms were representing his organization in its challenge. The statement blamed Kentucky's decision on "pressure by secularist groups outside the state."

Gov. Steve Beshear has supported the project since 2010, and the plan received preliminary approval for the incentives in July.

The comments came after state Tourism Secretary Bob Stewart, in a letter to the group, said the $18 million in tax breaks were lost because Answers in Genesis wouldn't commit not to discriminate on the basis of religion in its hiring. And, he said, the project had evolved from a "tourism attraction to an extension of AIG's ministry." The group responded saying it had the right to discriminate on the basis of religion and receive incentives. [You can read both letters here].

In a separate statement on Wednesday, Beshear also pointed to Answers in Genesis' hiring policy as a reason for the decision.

NPR's Scott Neuman previously reported that the project nearly foundered in January when the Christian group "was close to triggering a redemption of unrated municipal bonds because it had fallen short of selling the $29 million it needed."

Answers in Genesis also operates the Creation Museum in Petersburg, Ky., which promotes the biblical story of creation over evolution.