Accessibility links
'Computer Failure' Restricts Airspace Over London : The Two-Way The U.K.'s National Air Traffic Control Center experienced a mid-afternoon power failure that has grounded most of the air traffic over London. 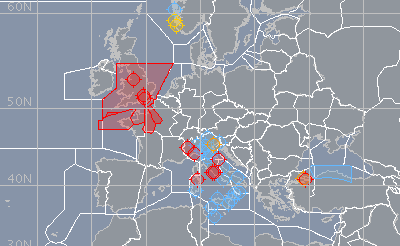 The airspace over London has been severely restricted because of a "computer failure," Eurocontrol, the European flight safety body, said on Friday.

NPR's Ari Shapiro tells us many flights are expected to be grounded for more than three hours.

"The U.K.'s National Air Traffic Control Center experienced a mid-afternoon power failure," Ari reports. "That forced Heathrow and other airports in the London area to stop all air traffic in and out. Heathrow is Europe's busiest airport, so this will have ripples all across the continent."

NATS, the company that provides air traffic control services, says the system has been restored.

"However, it will take time for operations across the UK to fully recover so passengers should contact their airline for the status of their flight," NATS said in a statement.

The company said it was investigating the cause of the "technical failure," but it said it was confident it was not "due to a power failure."