Accessibility links
Wealth Gap Between Races Widened During Recession, Study Says : The Two-Way According to the Pew Research Center, white, black and Hispanic households all lost wealth during the recession, but nonwhites saw the disappearance of a much greater percentage of their net worth. 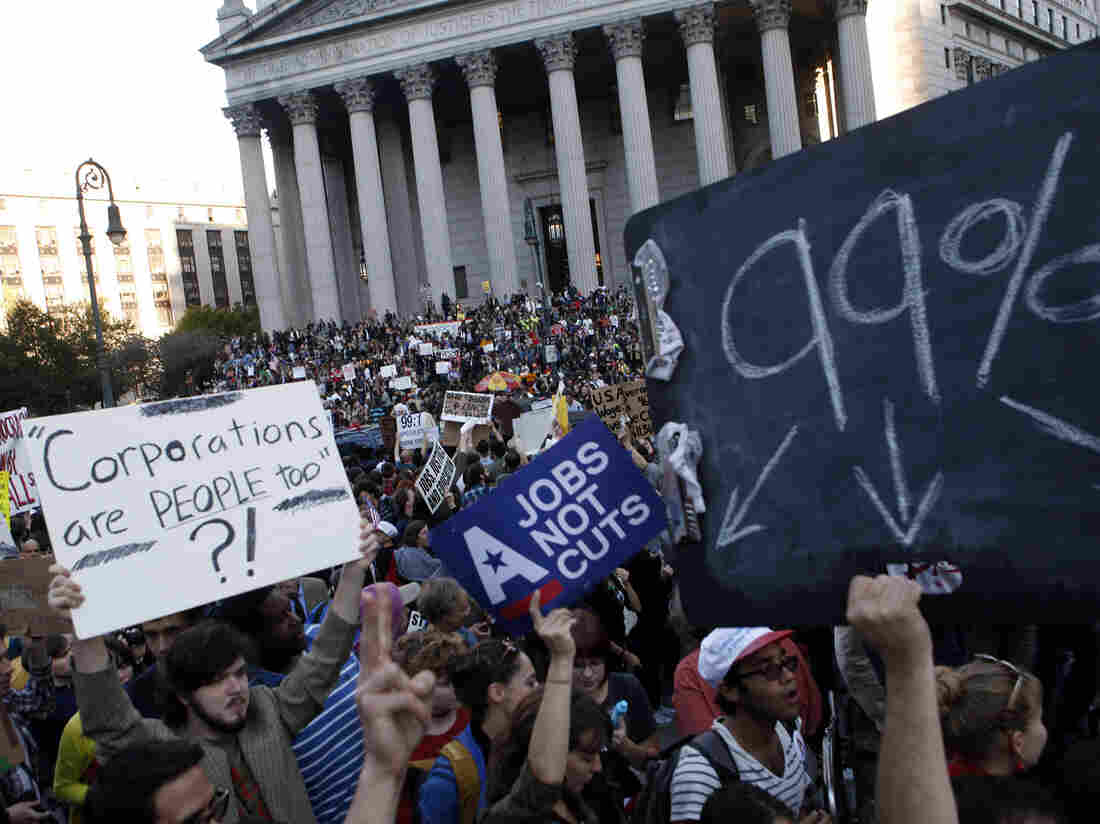 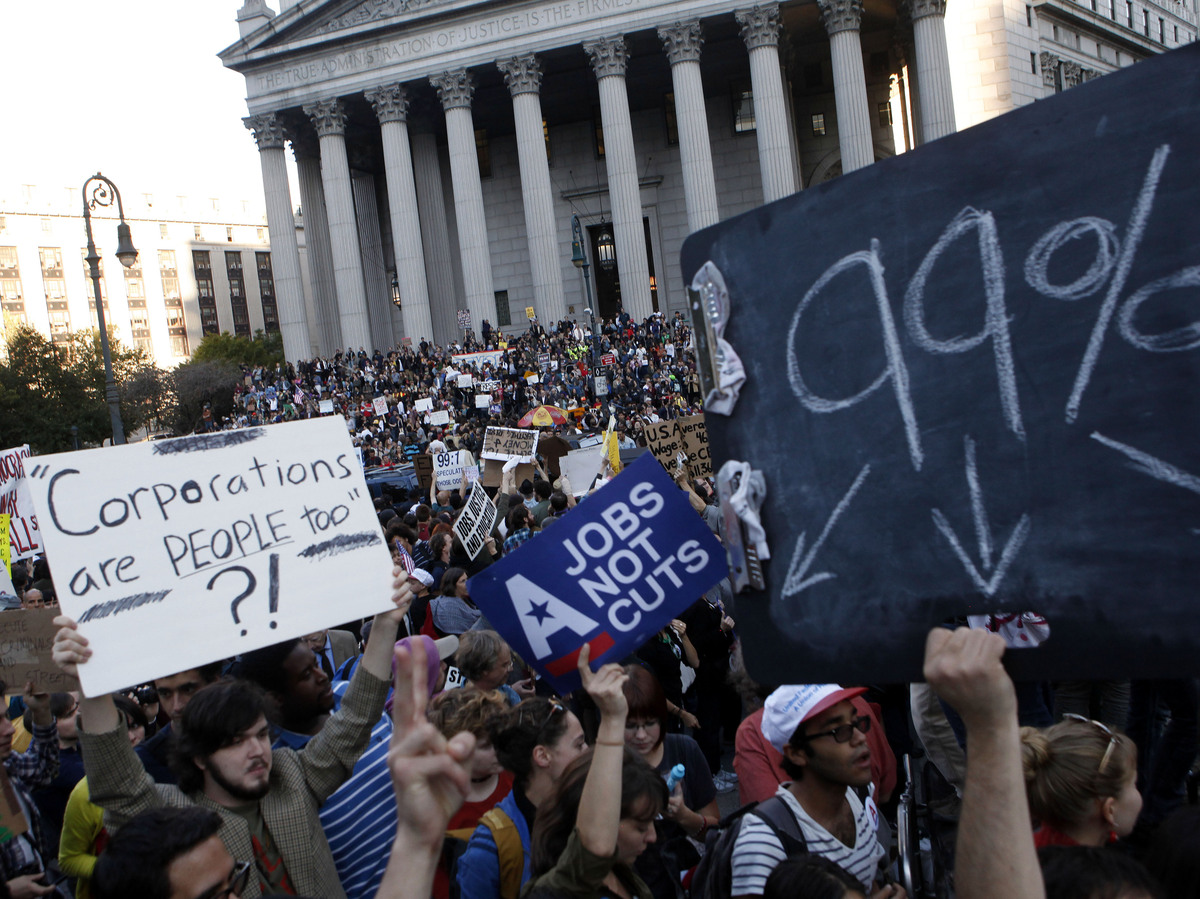 Occupy Wall Street protesters join a labor union rally in Foley Square before marching on Zuccotti Park in New York's Financial District in 2011. A new report shows that wealth inequality between whites and nonwhites grew during the Great Recession.

The Great Recession has widened the wealth gap among white, black and Hispanic Americans, with median net worth in white households increasing to 13 times that for African-Americans, a new Pew Research Center study shows.

The study also shows that from 2007 to 2013, the wealth of white households has grown to 10 times that of Hispanic households.

According to the Pew report:

"The current gap between blacks and whites has reached its highest point since 1989, when whites had 17 times the wealth of black households. The current white-to-Hispanic wealth ratio has reached a level not seen since 2001. (Asians and other racial groups are not separately identified in the public-use versions of the Fed's survey.)

"Leaving aside race and ethnicity, the net worth of American families overall — the difference between the values of their assets and liabilities — held steady during the economic recovery. The typical household had a net worth of $81,400 in 2013, according to the Fed's survey — almost the same as what it was in 2010, when the median net worth of U.S. households was $82,300 (values expressed in 2013 dollars)."

"Much of the recent debate over inequality has focused on income — what people earn in a given year. But in some ways, wealth is even more important. Wealth is what gives families a safety net in case of a lost job or a medical emergency; it's what ensures workers a secure retirement or gives them the flexibility to start a business; and it's what allows parents to give their children a head start in life. The recession hit wealth even harder than it hit income: Many Americans who held onto their jobs saw their net worth plunge when the housing bubble burst and the stock market crashed.

"The recovery in wealth has been weak across the board. According to the Federal Reserve's Survey of Consumer Finances, the source of Pew's data, the inflation-adjusted net worth of the median U.S. household — the value of all its assets minus its debts — fell nearly 40 percent between 2007 and 2010, and has been essentially flat during the recovery. No major group by race, age, education or pretty much any other factor has fully dug out of the hole left by the recession."