Clouds are seen filling the South Rim of the Grand Canyon in Arizona on Thursday, in a weather phenomenon at the national park. Maci MacPherson/National Park Service hide caption

Clouds are seen filling the South Rim of the Grand Canyon in Arizona on Thursday, in a weather phenomenon at the national park.

A rare total cloud inversion took place in the Grand Canyon on Thursday, filling the huge void with what looks like a rolling white fog. The event was captured in striking photos by the Grand Canyon National Park; on Friday, the park posted a time-lapse video.

The clouds nearly came level with the canyon's South Rim. The phenomenon, which also happened last December, occurs when cool damp air is trapped in the canyon by warm air.

The video suggests that as monolithic and huge as both the canyon and the cloud bank seem, things happened pretty quickly Thursday. The Park Service says its one-minute video condenses just 15 minutes.

The video also shows the cloud moving, in what the Park Service compares to a tide going in and out.

A viewer on the park's Facebook page had another take: "Looks like the Canyon is breathing....VERY cool!!"

In case you're rusty on your Grand Canyon facts, we'll remind you that its South Rim has an elevation of around 7,000 feet, and its North Rim (now closed for winter) is at 8,000 feet. The canyon's average depth is 1 mile.

As for the volume the canyon could hold, the Park Service says it's 5.45 trillion cubic yards.

For comparison purposes, here's the South Rim, without the clouds: 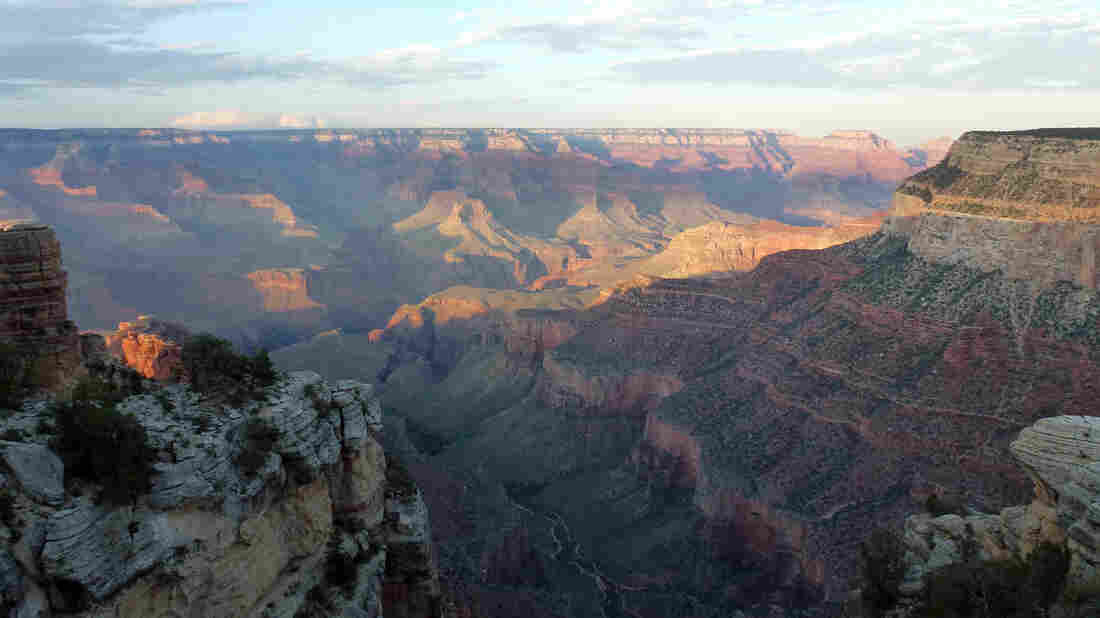 The Grand Canyon is seen from the South Rim on Sept. 6, 2013. Alexandra Schuler/DPA /LANDOV hide caption 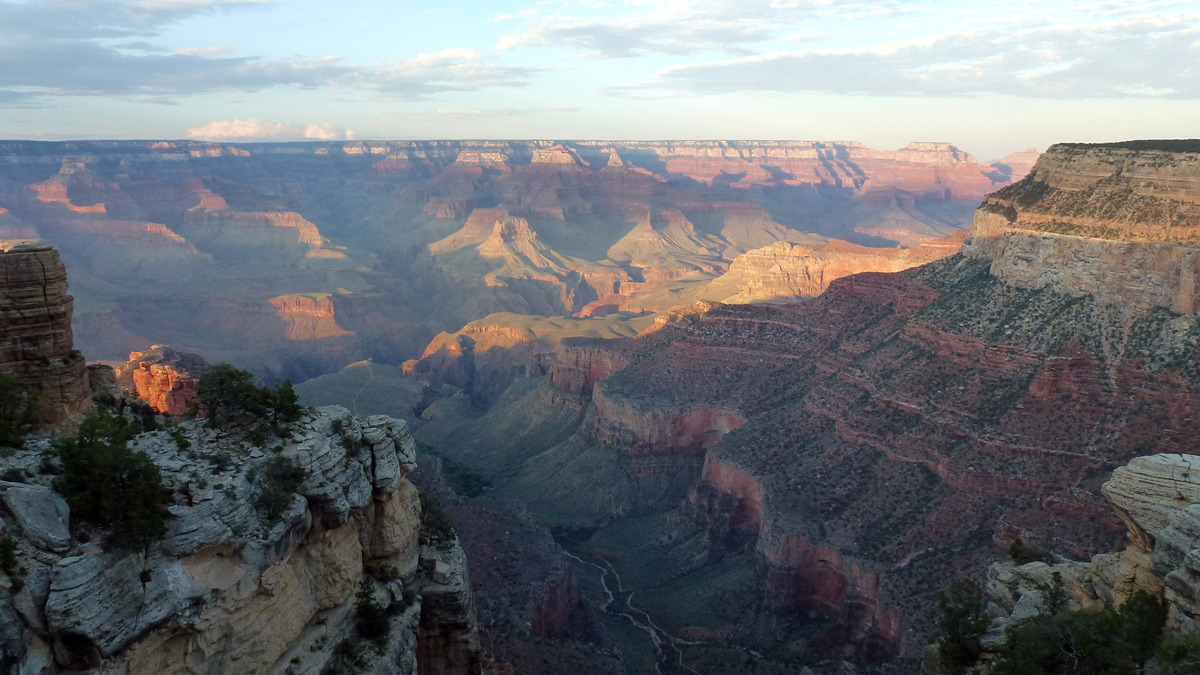