Accessibility links
Senate Passes $1.1 Trillion Spending Bill : The Two-Way Senators meeting in a rare Saturday session had earlier voted to extend their deadline until midnight Wednesday, but they managed to pass the spending measure Saturday night by a 56-40 vote. 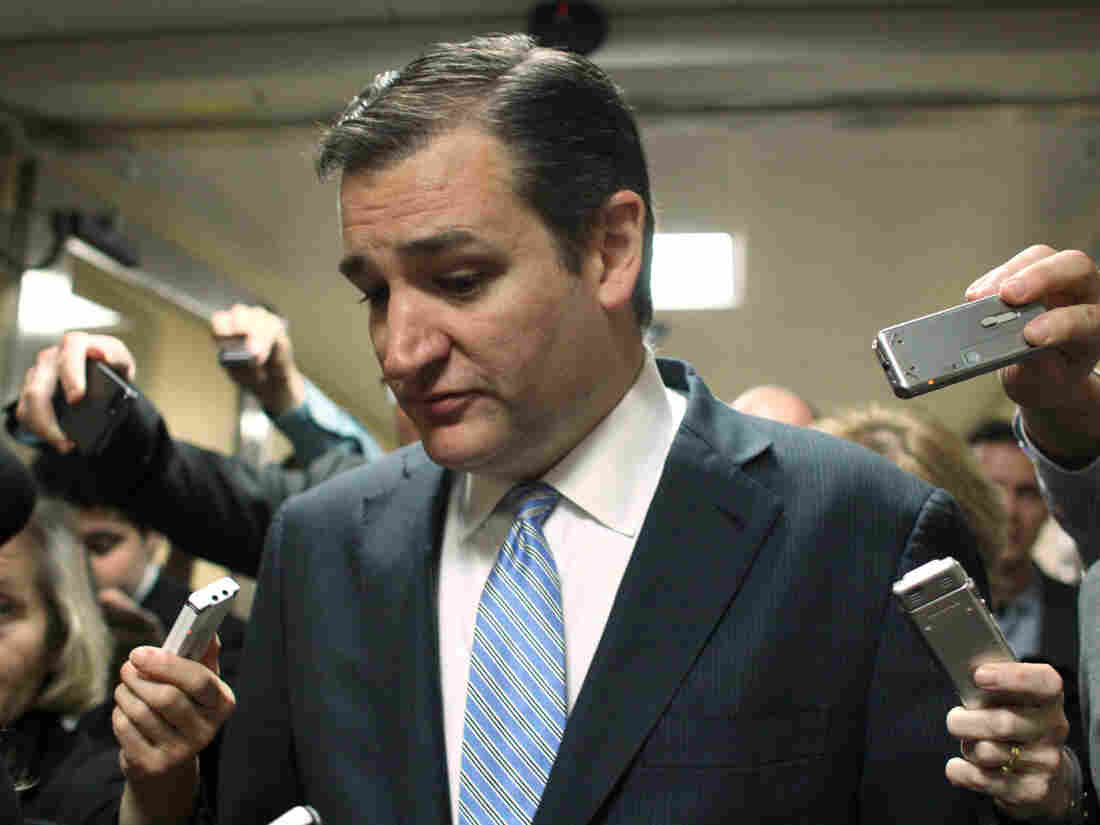 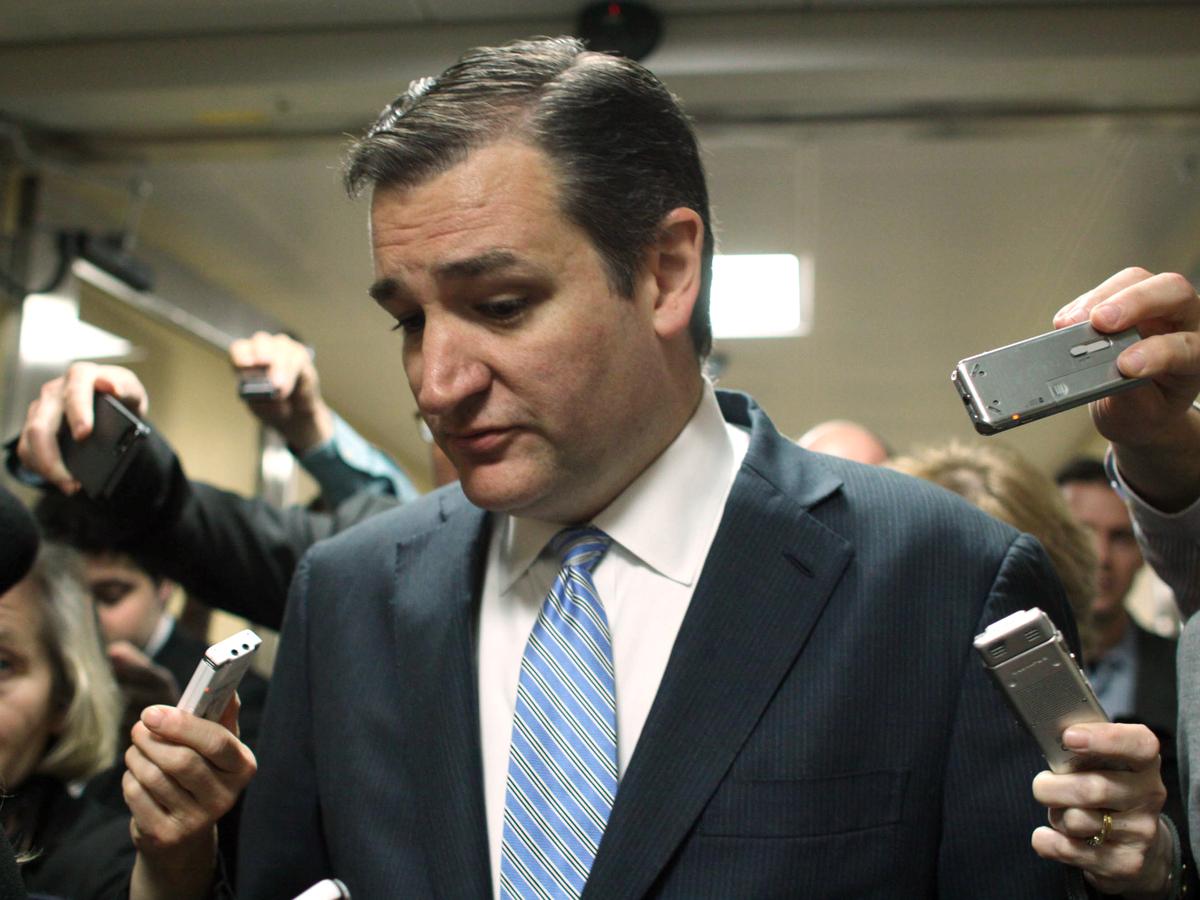 Texas Republican Sen. Ted Cruz talks with reporters on Capitol Hill in Washington, on Friday, as the Senate considers a spending bill.

The Senate passed a $1.1 trillion spending package Saturday night on a 56-40 bipartisan vote, after overruling an objection from Sen. Ted Cruz of Texas.

Earlier Saturday, the Senate had voted on a short-term continuing resolution that extended their deadline to pass the spending bill. But in the evening, Senate leadership came to an agreement and the legislative body voted to move the bill forward sooner than anticipated, ending debate and allowing a vote Saturday night.

Before the final vote on the bill, Sen. Ted Cruz of Texas — whose objection to funding President Obama's executive actions on immigration was central to the delay on voting — raised a point-of-order objection related to his concerns.

That objection was defeated, 22-74, and the so-called "cromnibus" bill passed in the final vote.

The Senate today passed a measure to keep the government open until midnight on Wednesday, giving Congress a few more days to wrangle passage of a $1.1 trillion continuing resolution package.

The 48-hour extension temporarily staves off the threat of a government shutdown.

As The Washington Post notes: "While mostly liberal resistance had kept the bill's fate in doubt in the House, conservative opposition in the Senate is now the focal point. On the right, the resistance was led by those who wanted to use the bill to confront President Obama on his executive actions on immigration."

And, The New York Times says:

"Partisan maneuvering on Friday disrupted what both Democratic and Republican leaders had expected to be a relatively smooth path toward final passage, a late-night twist that is emblematic of the dysfunction plaguing the 113th Congress.

"Though the spending deal is still almost sure to pass, the Senate did not reach an agreement late Friday. Lawmakers are scheduled to being taking votes on nominations Saturday and work through the weekend to address unfinished business."

The government's current spending authority runs out at midnight Saturday, though it's expected that the Senate will extend that deadline until midnight Thursday to give them more time to wrangle over the budget bill.

One of the main sticking points comes from conservative senators, led by Ted Cruz of Texas, who are pushing an amendment to cut off funds to the Department of Homeland security for carrying out President Obama's executive action to relax deportations. Senate Majority Leader Harry Reid has blocked the measure.