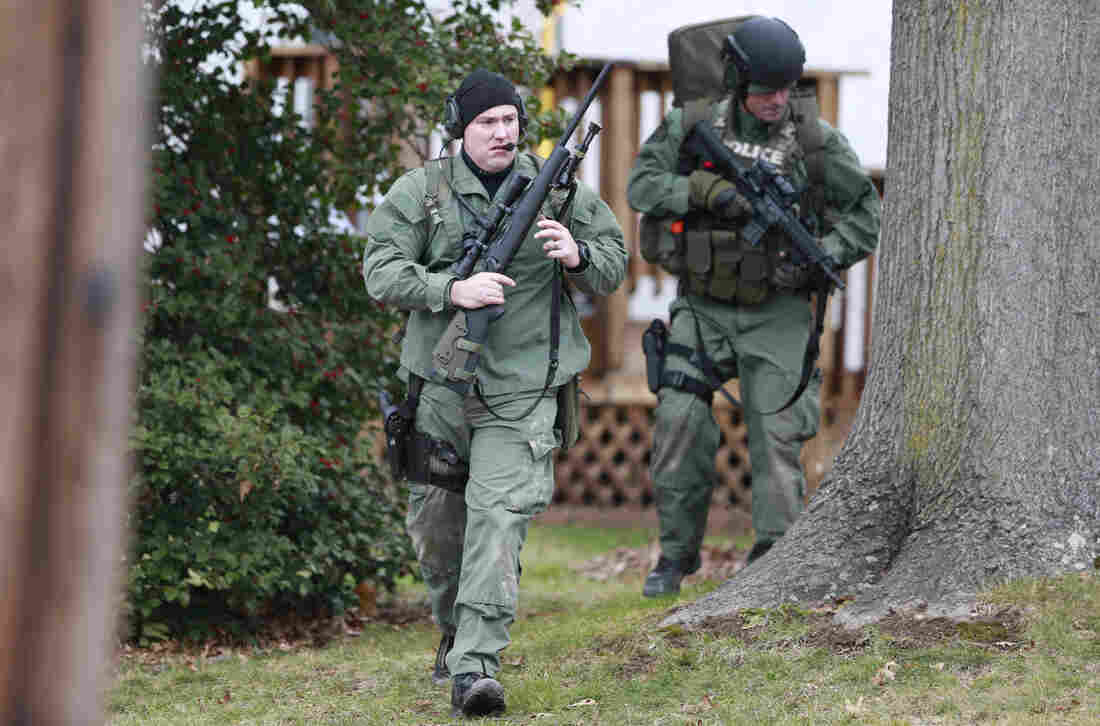 Police move near a home in Souderton, Pa., Monday, as they search for a suspect in the shooting deaths of six people. Matt Rourke/AP hide caption 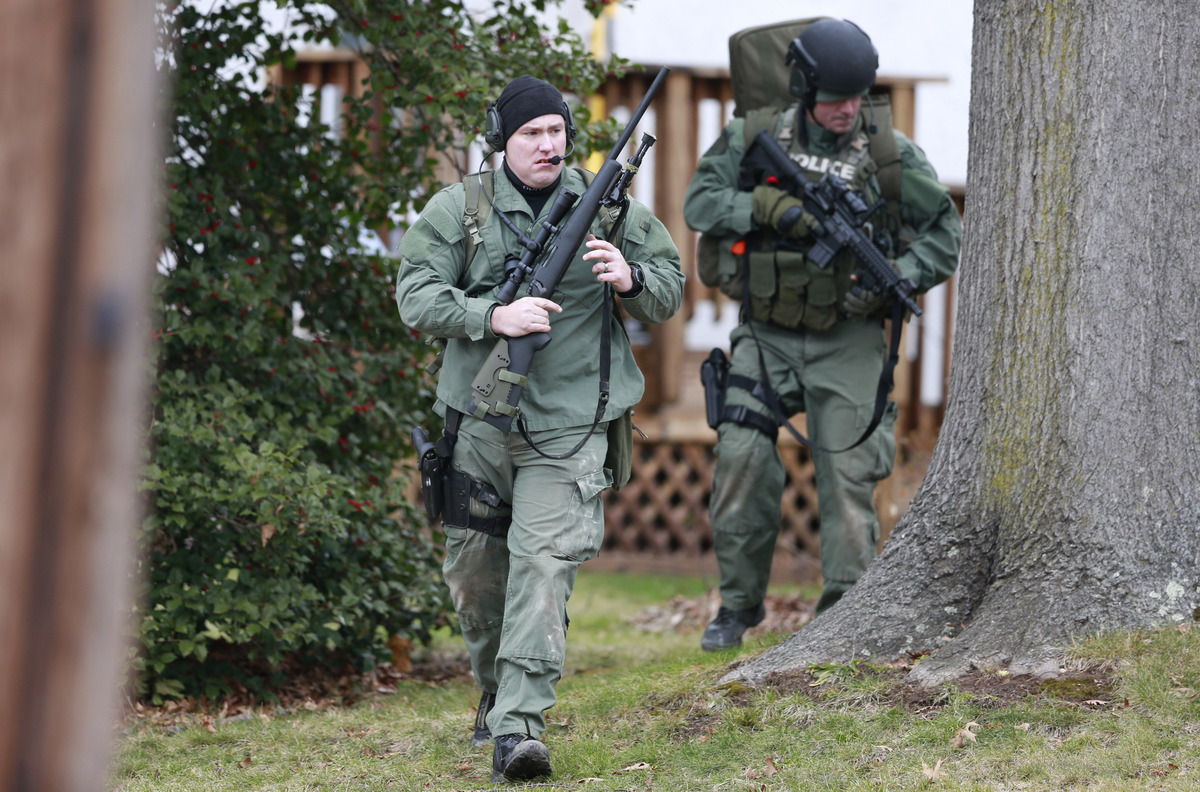 Police move near a home in Souderton, Pa., Monday, as they search for a suspect in the shooting deaths of six people.

Reports and details are still coming in about this developing situation; we'll update this post as news emerges. While we expecting an official news conference to begin soon, for now we're relying on local media reports and earlier news releases. 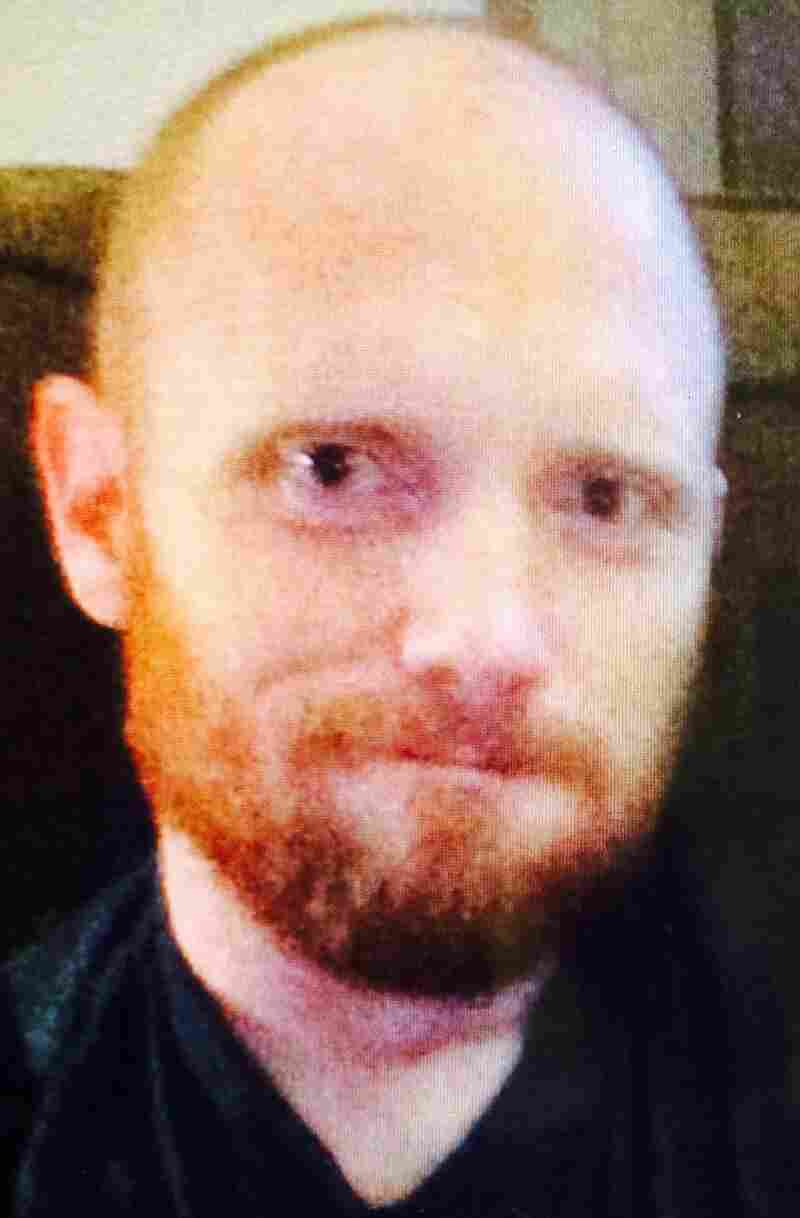 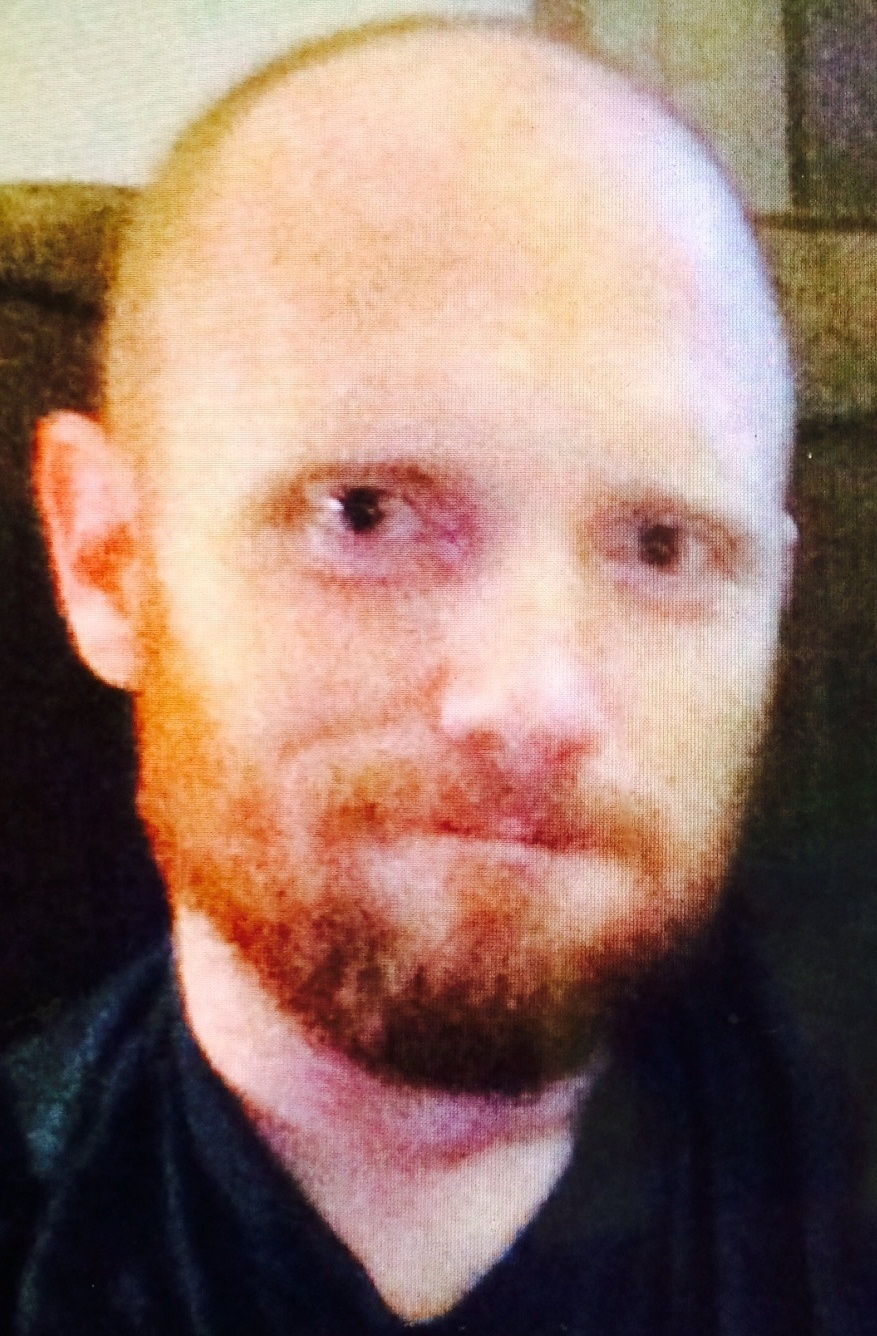 The events began to unfold around 4:25 a.m. ET Monday, when police were called to the scene of a shooting. Prosecutors say, "All of the victims have a familial relationship to Stone."

"Neighbors at the first shooting scene in Harleysville said they awoke around 4 a.m. to the sounds of breaking glass and gunshots.

"One neighbor, Evon Weron, said the suspect is a former member of the military and that the first victim was his ex-wife. Weron told the Lansdale Reporter the couple had been fighting over custody of children."

The shootings took place in three towns that are close to one another, WHYY says.

The hunt for stone continued late into the night Tuesday, with the focus currently on woods near Doylestown, Pa.

Neighbors of Nicole Hill, the ex-wife of Stone who was the last person killed, told WHYY that she was scared she would kill her. "She would tell anybody who would listen that he was going to kill her and that she was really afraid for her life," neighbor Evan Weron said.

A neighbor of Hill's mother, who was also killed on Monday, told the Philadelphia Inquirer the couple had a very volatile relationship. "He was a great guy and an excellent father," Lisa Andrey said. "And then he went away to Iraq and came back and was a completely different man."

At least one school district in the area has canceled classes for Tuesday as the manhunt continues, Philadelphia's Fox affiliate reports.

Stone remains on the run, authorities in Montgomery County said at a long-awaited news conference. District Attorney Risa Vetri Ferman did not take any questions at the update. Most of what she said confirmed information that previously had been reported. She said the case was ongoing and that there was much work that still needed to be done.

That first shooting occurred at an apartment complex in Lower Salford Township, Pa., where Nicole Hill, Stone's ex-wife, reportedly was shot and killed. Images from the scene showed a second-story wall pocked with bullet holes, evidently from shots fired within the apartment.

A neighbor who may have been the first person to call 911 for help says she heard the shots and saw a man leaving with two children. She describes the scene for local news NBC10 TV:

"I looked out the window... I seen the kids run to the car, I opened the window, and I asked him, was everything OK.

"He just looked at me and said, 'She's hurt pretty bad. We have to leave. She's hurt.' And he just got in the car and just left."

It seems the the children, whose ages are being reported as being around 8 and 5, survived the incident. ABC 6 reports:

"Police confirm the suspect took two children from the Lower Salford Twp. apartment during this incident, but were found safe a short distance away."

"The hunt for Stone has moved to Pennsburg after a siege in Souderton ended without taking a suspect into custody," reports the Philadelphia Inquirer.

The Inquirer says the Souderton siege "ended shortly before noon after what sounded like a concussion grenade went off and an unidentified male, evidently seriously wounded, was removed from the home and taken by ambulance to a waiting medical helicopter."

District Attorney Risa Vetri Ferman included a description of Stone, saying he should be considered to be armed and dangerous:

"Stone is described as 5'10", 195 pounds, Red/Auburn beard and mustache with closely cropped hair. Stone is known to use a cane or walker to assist him. Stone may be wearing military fatigues, in either sand or green color."

Montgomery County is located just outside Philadelphia, with the bulk of the county to the northwest of the city.