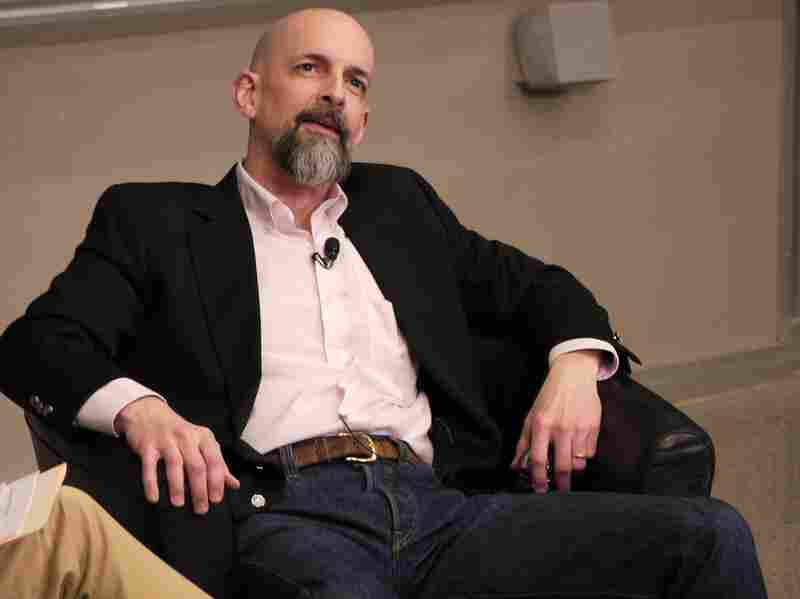 In a blog post, Neal Stephenson says it's time that people develop a new medium, "one in which three-dimensionality is a reality and not just an illusion laboriously cooked up by your brain." Madeleine Ball/NPR hide caption 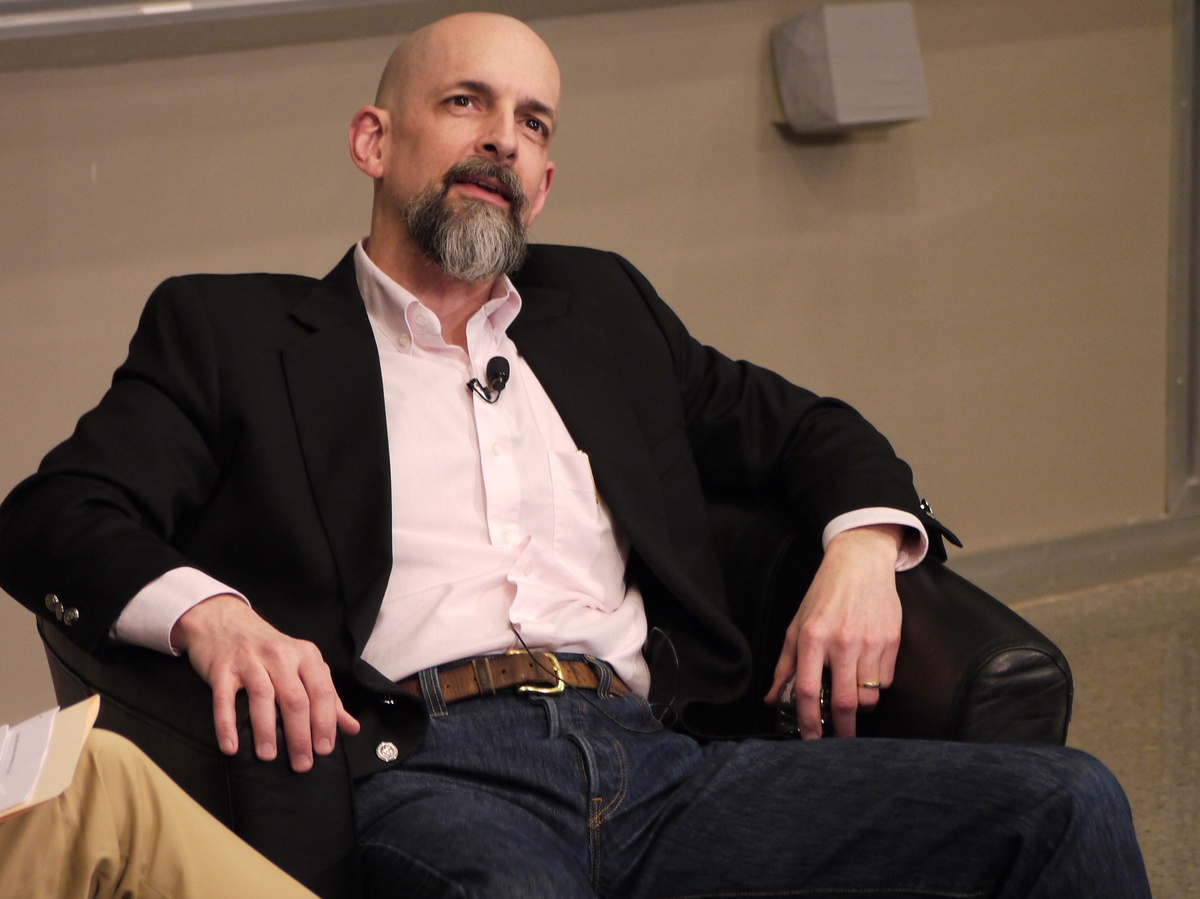 In a blog post, Neal Stephenson says it's time that people develop a new medium, "one in which three-dimensionality is a reality and not just an illusion laboriously cooked up by your brain."

It seems we have a new case of life following art. Over two decades ago, in his seminal novel Snow Crash, science fiction author Neal Stephenson imagined a virtual world he called a "metaverse," a collective virtual reality that brought its users together in a single shared space. Now, Stephenson is trying his hand at helping sculpt another kind of alternate reality--this time not in print, but in life at large.

Stephenson announced that he will be joining the startup Magic Leap as the company's "chief futurist." While the company itself remains something of a mystery, the Wall Street Journal reports that "the startup is developing its own eyeglasses-like device, different from Google Glass, designed to project computer-generated images over a real-life setting." In other words, the technology is said to try to blend seamlessly what's real with what's virtual—not unlike some of the technologies in Stephenson's book.

Though the company has yet to produce anything, Google and several other tech titans have been big backers of the project, to the tune of $542 million in investments.

In a blog post for Magic Leap, Stephenson said his role will not be concerned with business or science, so much as with how to apply the product once it's ready.

"I'm fascinated by the science, but not qualified to work on it. Where I hope I can be of use is in thinking about what to do with this tech once it is available to the general public," Stephenson wrote. "'Chief Futurist' runs the risk of being a disembodied brain on a stick. I took the job on the understanding that I would have the opportunity to get a few things done."

The Punch and the Publisher: Former Minnesota Gov. Jesse Ventura has turned his sights on the publisher of the book American Sniper. According to the StarTribune, Ventura has filed a lawsuit against HarperCollins for alleged defamation of character.

In his best-selling memoir, the late Navy SEAL Chris Kyle told of a scuffle he had with Ventura, whom he identified by the name "Scruff Face" in the text. Kyle wrote that he had punched Scruff Face over disparaging comments the man had made about the United States and the Navy SEALS. After the book's publication, Kyle explained that Scruff Face and Ventura, who is also a Navy veteran, were one and the same.

For his part, Ventura disputes this claim, saying the incident actually never happened. And he's already won a $1.8 million lawsuit against Kyle's estate over the same story.

The StarTribune cites the suit, saying it claims that the publicity "generated by the false and defamatory story about Ventura substantially increased sales of 'American Sniper,' thereby generating millions of dollars in revenues and profits for Harper Collins."

Kyle himself died in an accident at a shooting range in 2012.

Americanah On Screen: Chimamanda Ngozi Adichie's acclaimed novel Americanah is headed to the big screen, with a few heavy-hitting names already attached to the project. David Oyelowo—a Golden Globe nominee this year for his role as Martin Luther King Jr. in Selma—will join Lupita Nyong'o to star in the upcoming adaptation, according to Variety. The movie may have its stars, but it's still on the hunt for key players behind the camera. Americanah has yet to sign on a director or screenwriter.