Accessibility links
U.S. Officials Believe North Korea Was Behind Sony Hack : The Two-Way The recent attack on Sony Pictures' computer network that resulted in a flood of confidential data has its origins in North Korea, U.S. intelligence officials say. 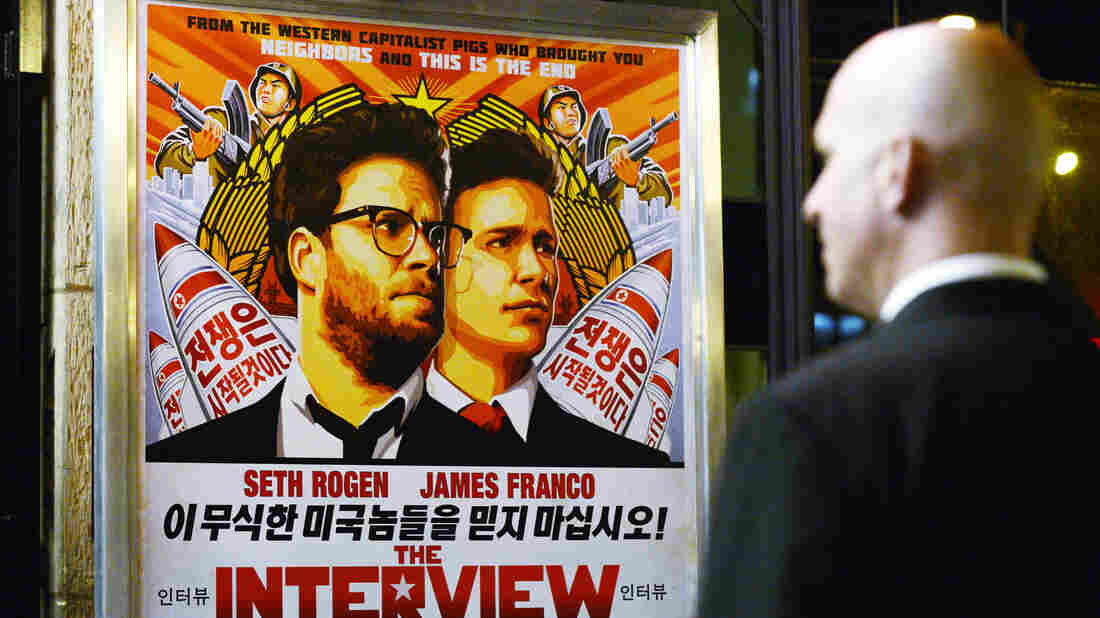 U.S. intelligence officials believe North Korea was centrally involved in the recent attack on Sony Pictures' computer network — possibly out of retribution for its film The Interview. Above, a security guard stands outside a theater during the film's premiere in Los Angeles last week. Kevork Djansezian/Reuters/Landov hide caption 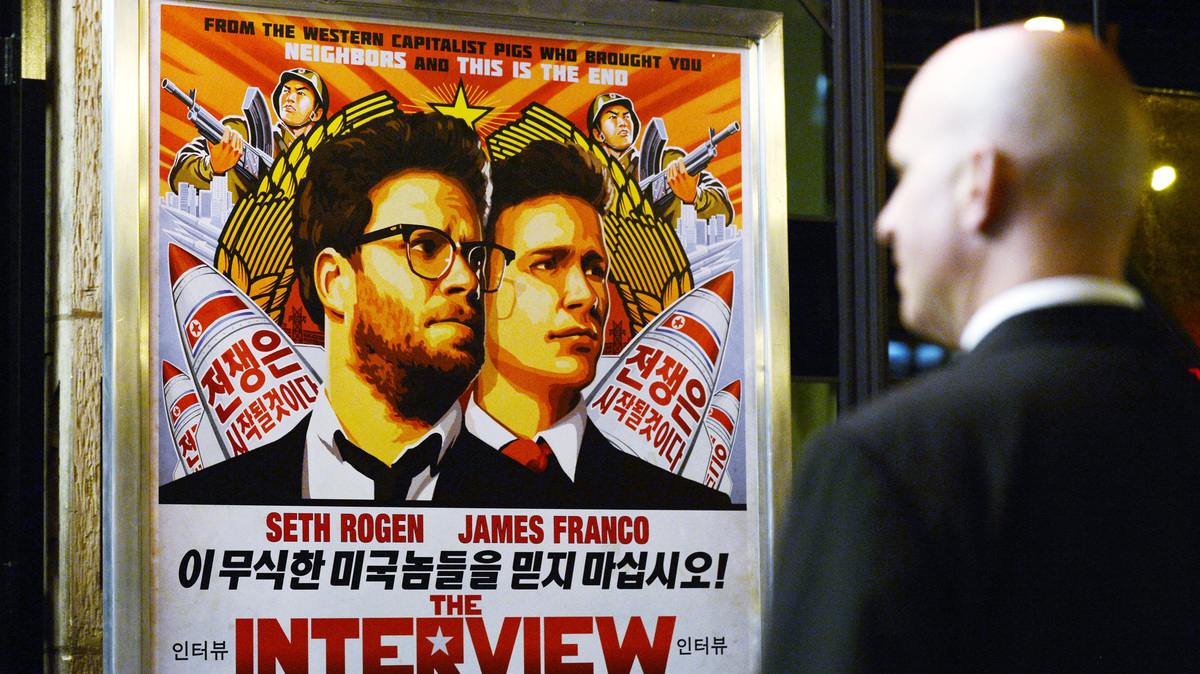 U.S. intelligence officials believe North Korea was centrally involved in the recent attack on Sony Pictures' computer network — possibly out of retribution for its film The Interview. Above, a security guard stands outside a theater during the film's premiere in Los Angeles last week.

The recent attack on Sony Pictures' computer network that resulted in a flood of embarrassing emails and pirated movies has its origins in North Korea, according to U.S. intelligence officials.

More details about the U.S. investigation into the hacking attack could emerge as early as Wednesday night.

Within days of the hacking attack, many began to speculate that it might have been the work of North Korea, sparked by anger over the Sony film The Interview, a spoof comedy in which James Franco and Seth Rogen attempt to assassinate Kim Jong Un.

Responding to numerous requests for comment, National Security Council Spokesperson Bernadette Meehan released a statement that did not directly address the topic of North Korea's role. It reads, in part:

"The United States is investigating attribution and will provide an update at the appropriate time. The U.S. government is working tirelessly to bring the perpetrators of this attack to justice, and we are considering a range of options in weighing a potential response."

Meehan also noted that the FBI is leading the investigation.

The news comes hours after Sony said it will cancel the Christmas Day release of The Interview, citing threats made by a group that has claimed responsibility for the hack. Those threats had already led to reports that five large U.S. film distributors would not show the film in their theaters.

As NPR's Krishnadev Calamur reported earlier for the Two-Way:

"A hackers group called Guardians of Peace, in a statement on Tuesday, warned theaters against screening the film.

"The Department of Homeland Security, however, has said that it does not perceive a credible threat."

In the weeks since the computer breach, the hackers have released scripts of future Sony movies as well as copies of several full-length films that have already been made but not released in theaters. They also released personal information about Sony employees.

Responding to reports that several theater chains wouldn't screen The Interview, director Judd Apatow called the decision "disgraceful." Earlier, he had tweeted, "I am not going to let a terrorist threat shut down freedom of speech. I am going to The Interview."

"There may be credible evidence of imminent violence that I don't know about. But if they don't really have that information, how many movies are they willing not to release? Our community is based on freedom of expression. Are we going to suppress ourselves every time someone posts something online? It's a dark future."