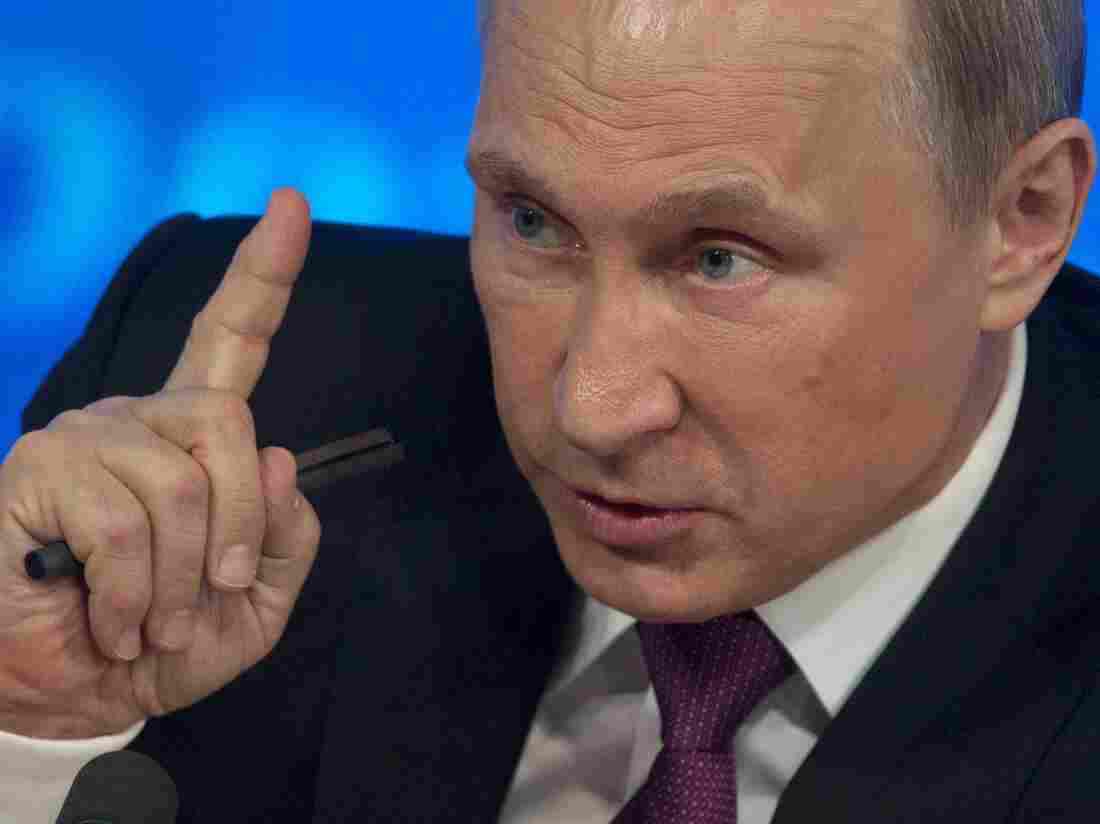 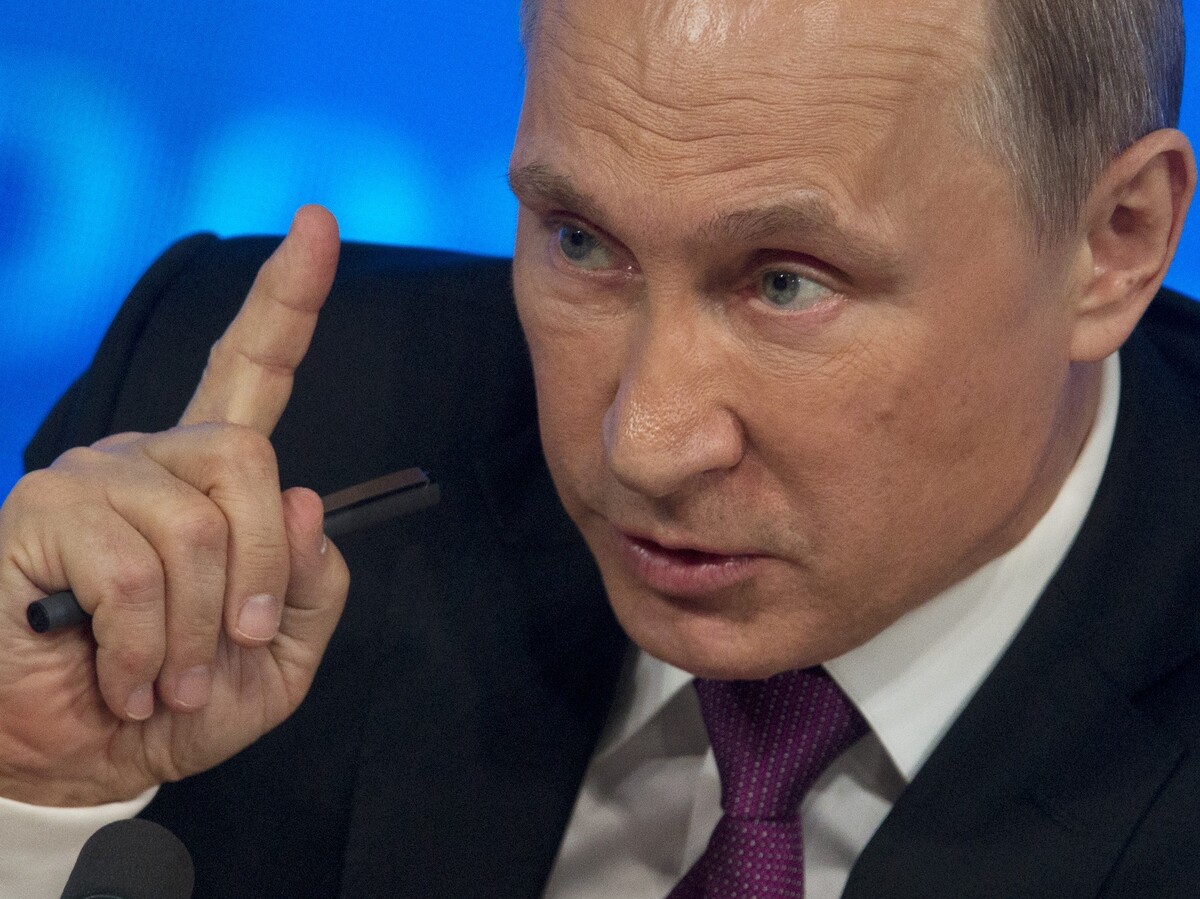 Russian President Vladimir Putin at his annual news conference in Moscow on Thursday, where he blamed Western sanctions and falling oil prices for his country's economic troubles.

Russian President Vladimir Putin lashed out at the West in a year-end news conference today, blaming international sanctions and a steep plunge in oil prices for the precipitous drop in the value of the ruble.

Putin, speaking during a more than three-hour news conference attended by some 1,200 journalists, "promised never to let the West chain or defang his proud nation," according to The Associated Press.

It was the second time this month that Putin has spoken in a nationwide forum about the country's economic woes, and the Russian leader echoed and expanded on many of the points he espoused in his Dec. 4 "state of the union speech."

He blamed "external factors," including sanctions imposed by the U.S. and EU over the Ukraine crisis, as a key factor in the decline of the ruble, which plunged 19 percent in a single day on Tuesday but has since shown signs of firming. Putin said the sanctions were about 25 to 30 percent of the ruble's troubles.

NPR's Corey Flintoff reports that Putin said the worst-case scenario would mean two years of economic unease, but that the government would protect pensions and government salaries until then. He also said the crisis will force Russia's economy to diversify away from only exporting oil and gas.

According to the AP: "Putin displayed his traditional defiant stance toward the West, which he insisted is trying to destroy Russia to grab Siberia's great natural resources."

Referring to the annexation of Crimea and Russian support for rebels in eastern Ukraine, Putin said "I believe that we were right," adding, "And I believe our Western partners are not right."

The Kremlin's moves in Ukraine came as Kiev mulled over the possibility of joining NATO. The expansion of the Western alliance, Putin said, was akin to a new Berlin Wall — dividing East and West.

But the Russian leader hinted at conciliation with Ukraine. The New York Times writes:

"Mr. Putin recognized the efforts of President Petro O. Poroshenko of Ukraine in ending the conflict in the southeast of that country, but he suggested that others in Kiev, the Ukrainian capital, may be trying to prolong the conflict.

" 'Undoubtedly, the president of Ukraine certainly wants a settlement, and I have no doubt that he is striving for this,' Mr. Putin said.

" 'But he's not alone there,' he added, referring to more hawkish officials."

The Guardian notes that Putin "said that it was illogical to blame him for current frosty relations with the west. Referring to the number of US military bases around the world and its deployment of anti-ballistic missiles in Europe, he asked how Russia could possibly be seen as the aggressor."

The Russian leader said it was too early for him to decide if he would run for president in 2018.