Accessibility links
Book News: Macmillan Inks Deal With Amazon, But Doesn't Sound Happy About It : The Two-Way The publisher makes peace with Amazon — and takes the opportunity to vent some frustration. Also: Paulo Coelho offers to buy The Interview off Sony.

Book News: Macmillan Inks Deal With Amazon, But Doesn't Sound Happy About It

Book News: Macmillan Inks Deal With Amazon, But Doesn't Sound Happy About It 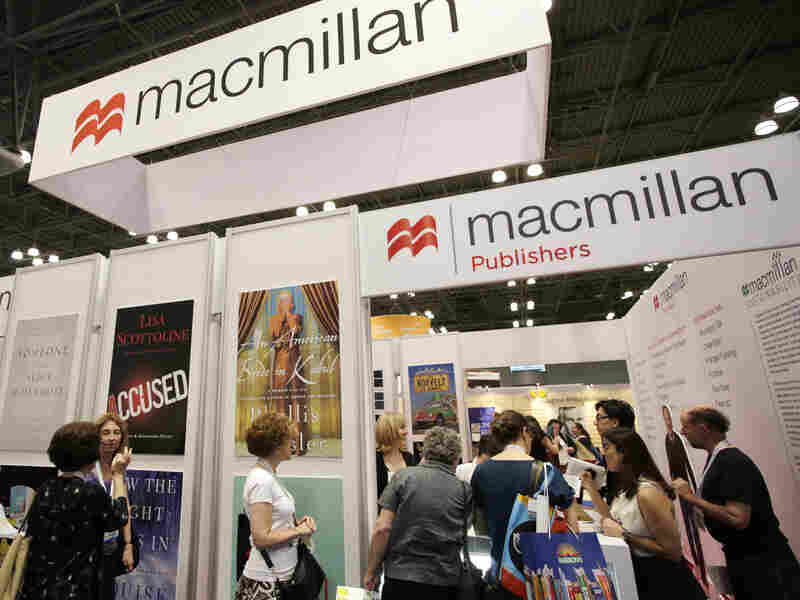 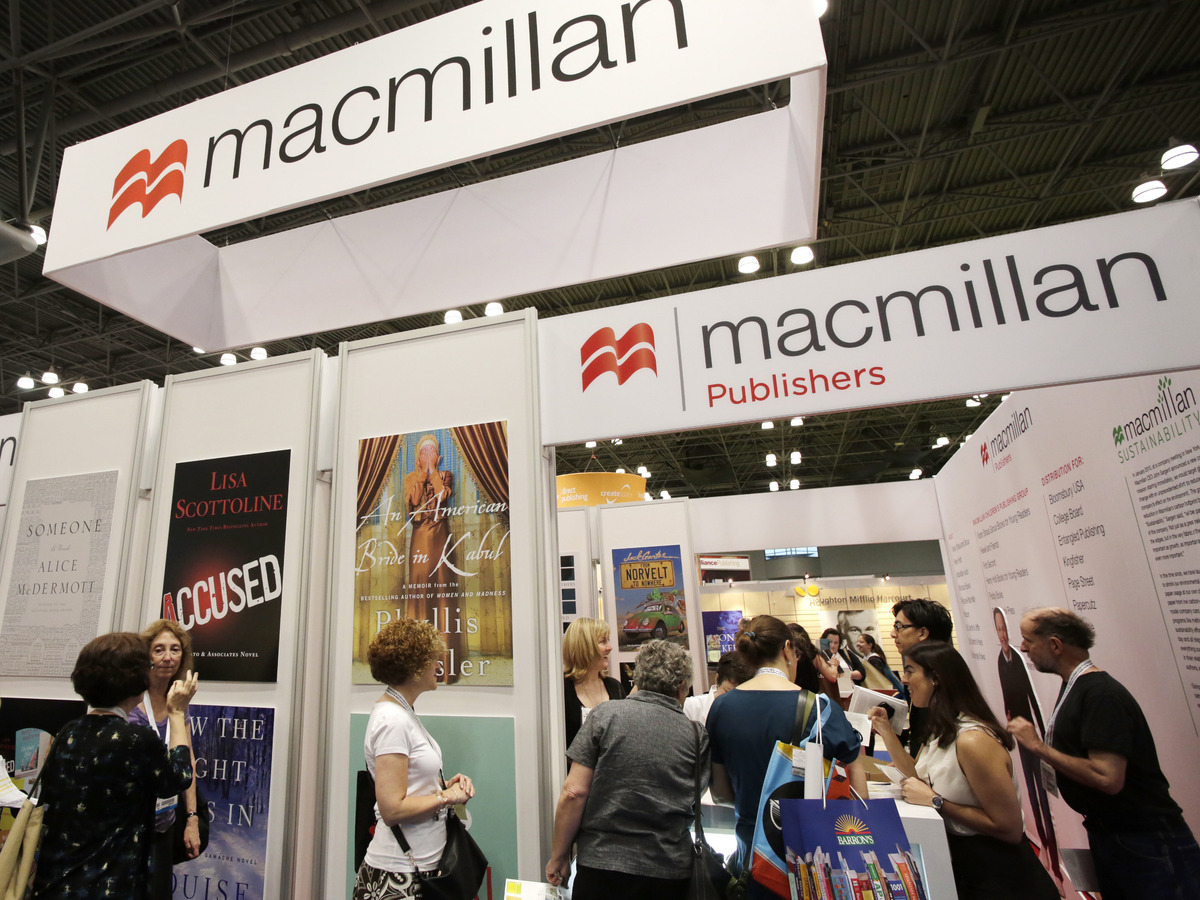 People wait in line at Macmillan Publishers to have books autographed by their authors at last year's Book Expo America in New York. (AP Photo/Mark Lennihan)

The daily lowdown on books, publishing and the occasional author behaving badly.

In an open letter to authors and illustrators Thursday, Macmillan CEO John Sargent broke the big news: The publisher reached a multiyear pricing agreement with Amazon late last week, covering both print and digital books. The deal, which gives Macmillan the hard-won freedom to price e-books as it pleases, makes Macmillan the third major U.S. publisher in as many months to reach a similar accord with Amazon, following the path set by Simon & Schuster and Hachette Book Group.

Sarah Gelman, an Amazon spokeswoman, lauded the deal in a statement emailed to Bloomberg. "It allows us to grow our business together with Macmillan and their authors," Gelman wrote. "Importantly, the agreement specifically creates a financial incentive for Macmillan to deliver lower prices for readers."

But don't throw a ticker tape parade quite yet. In his letter, Sargent struck a decidedly ambivalent tone, tempering celebrations with undisguised frustration.

"In reaching agreement with Amazon, we have not addressed one of the big problems in the digital marketplace," Sargent wrote. "Through great innovation and prodigious amounts of risk and hard work, Amazon holds a 64% market share of Macmillan's e-book business. As publishers, authors, illustrators, and agents, we need broader channels to reach our readers."

Sargent also pointed to the ongoing legal battle over Apple's alleged conspiracy to fix e-book prices. He said that the court's ruling, which is now being appealed, effectively "determined that publishers would be required to allow Apple unlimited discounting" on e-books until 2017.

Without mirth, Sargent noted: "Irony prospers in the digital age."

Citing these issues, Sargent said Macmillan will soon start experimenting with new routes to market, including a subscription model that will be tested "mostly with titles that are not well represented at bricks and mortar retail stores." In the meantime, the recently reached deal between Amazon and Macmillan is set to go into effect Jan. 5.

An Offer They Can Probably Refuse: Paulo Coelho has a solution for Sony in its conundrum over The Interview: Let Coelho buy it. The best-selling author of The Alchemist has taken Sony Pictures to task, saying it "accepted the terrorist demands" by scrapping the film in the face of threatened violence. On Thursday, Coelho took the criticism once step further with an offer on Twitter:

Offer to @SonyPictures stands till Fri 12:00 AM. You recover 0,01% of the budget, & I can say NO to terrorist threats pic.twitter.com/ZAqWpgm6fe

In comments emailed to USA Today, Coelho linked Sony's troubles to the death sentence issued over Salman Rushdie's novel The Satanic Verses. "People were not being driven by this culture of fear that we see now," Coelho wrote. "So publishers faced the threat, and some people died (I know a Scandinavian publisher who was murdered). However, freedom of speech survived."

Coelho added: "When I posted that tweet, I was conscious that now I am also in the line of fire. But either you stand for your values, or you don't deserve the freedom you have."

Library Force, Assemble! The release Thursday of the Independent Library Report for England has already garnered a quick response, according to The Bookseller. Not only has it received broad endorsement, Joshua Farrington reports, but U.K. culture minister Ed Vaizey has already taken up one of the report's key recommendations: the establishment of a task force to plan and implement sweeping changes to the country's public library system. Vaizey said the task force's first meeting is set to take place in the spring.

"I whole-heartedly support the public library service which has been making a vital contribution to the knowledge, delight and quality of life of communities in every part of England for more than 150 years," Vaizey went on to say in a statement. "They are a cherished part of our cultural heritage, and a key player in our future."