Accessibility links
U.N. Reports More Than 7,000 Ebola Deaths Since March : The Two-Way The World Health Organization has added nearly 400 more deaths from the current outbreak since its last report earlier this week. 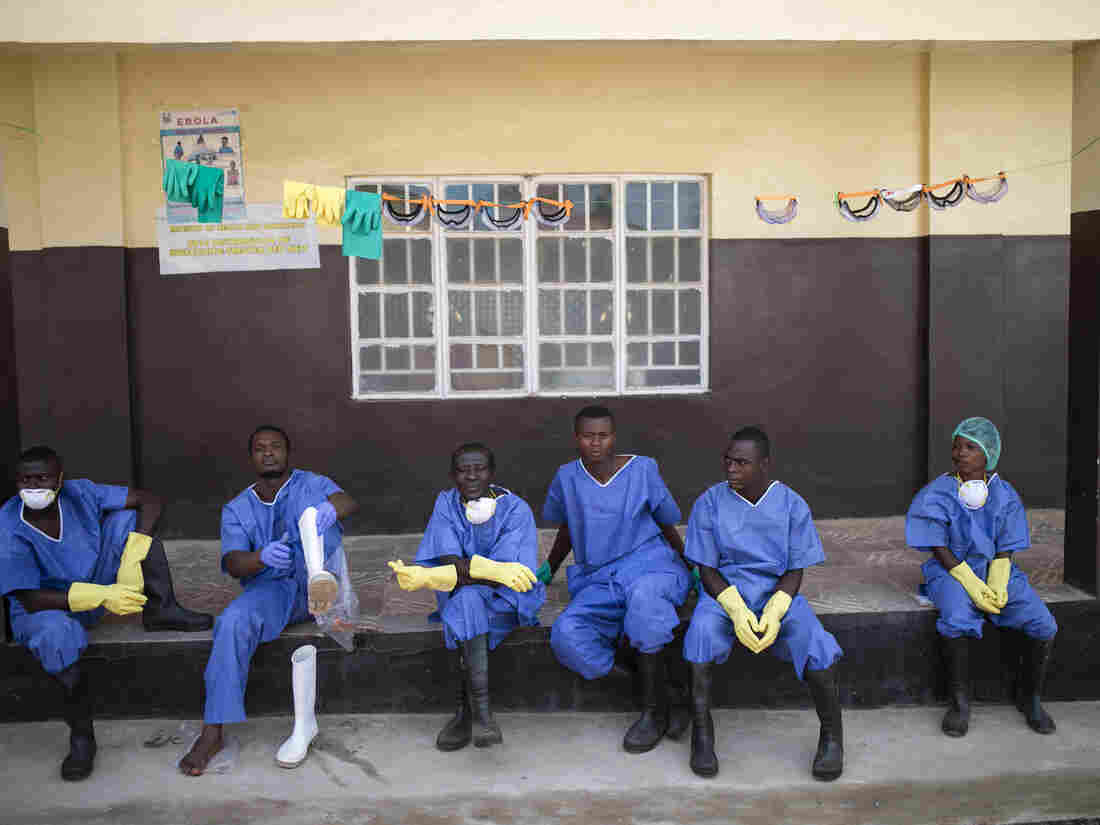 Health workers rest outside a quarantine zone at a Red Cross facility in the town of Koidu, Kono district in Eastern Sierra Leone on Friday. The World Health Organization says the number of Ebola deaths in the current outbreak has exceeded 7,000. Baz Ratner/Reuters/Landov hide caption 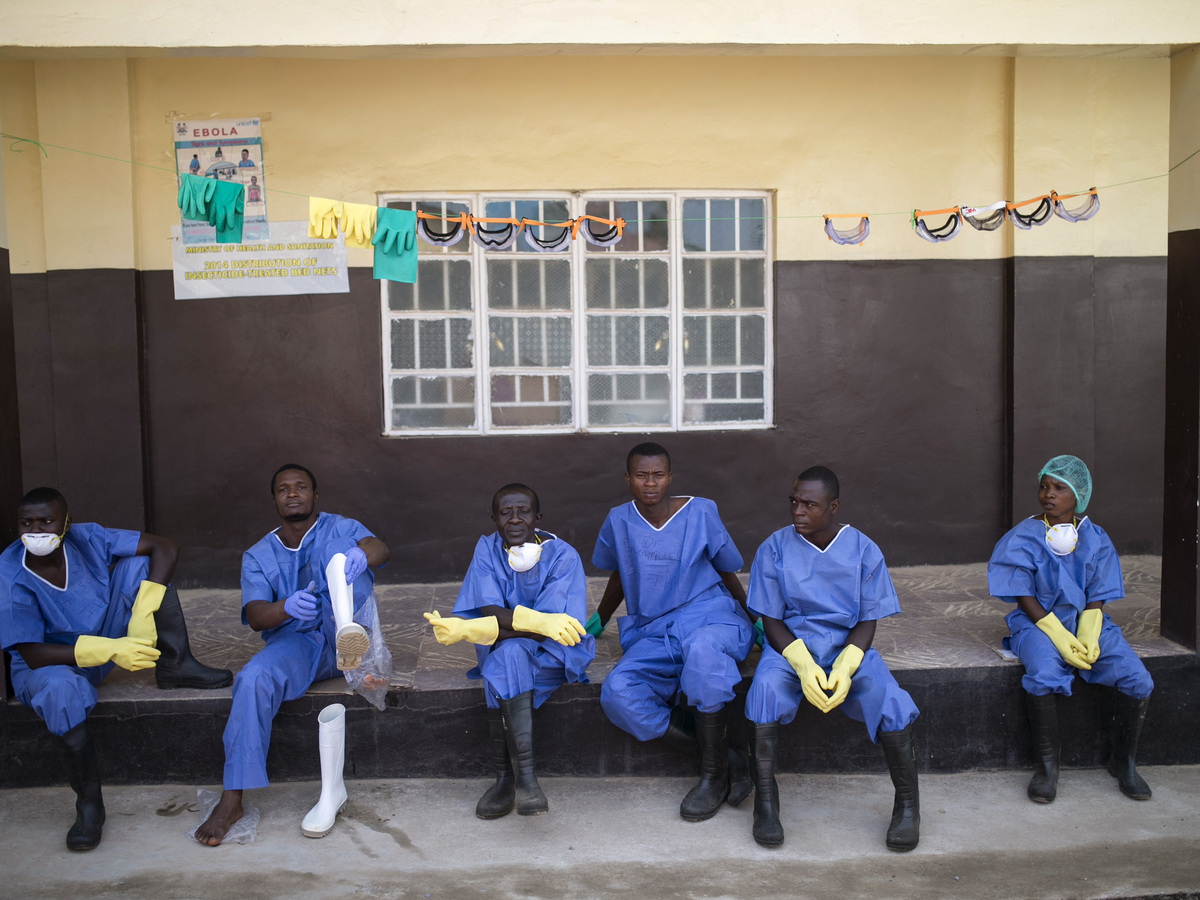 Health workers rest outside a quarantine zone at a Red Cross facility in the town of Koidu, Kono district in Eastern Sierra Leone on Friday. The World Health Organization says the number of Ebola deaths in the current outbreak has exceeded 7,000.

The number of people who have died from the worst-ever outbreak of Ebola has crossed the 7,000 mark, the World Health Organization reports, after it recorded another 392 deaths from its previous total of 6,900 earlier this week.

The total number of infected, nearly all of them in West Africa, is at 19,031, up from 18,569 in the previous report. More than 99 percent of all infections and deaths have occurred in three countries — Liberia, Sierra Leone and Guinea.

The addition of the nearly 400 new deaths comes from Sierra Leone, where the virus is spreading fastest.

The announcement comes as United Nations Secretary General Ban Ki-moon is on a tour of Ebola-affected countries in West Africa.

The Associated Press reports that Ban arrived today in Guinea, where the outbreak's first cases were confirmed in March.

"After meeting with President Alpha Conde, he expressed concern about the situation in the country's southeast forest region, where he said the number of infected people 'seems to continue to grow.' The region borders Liberia, Sierra Leone and Ivory Coast, and Ban called for cross-border collaboration to bring the disease under control.

"He urged all Guineans to commit themselves to eradicating Ebola, saying that the U.N. and its partners 'are there to help you.' "

Liberia, meanwhile, went ahead with national elections it had postponed in October over fears that Ebola would spread rapidly among people gathered for campaigning and voting.

The BBC reports that the election, involving 139 candidates contesting for 15 seats, "is being held just days after neighbouring Sierra Leone clamped down on public gatherings.

Sierra Leone, the BBC says, "has banned Sunday trading, restricted travel between districts and prohibited public celebrations over Christmas and the New Year."