Accessibility links
Kurdish Forces Push Offensive To Retake Sinjar From ISIS : The Two-Way Days after breaking the siege of Mount Sinjar and freeing trapped Yazidis there, peshmerga forces were pressing an offensive to retake the town itself from the Islamist militia. 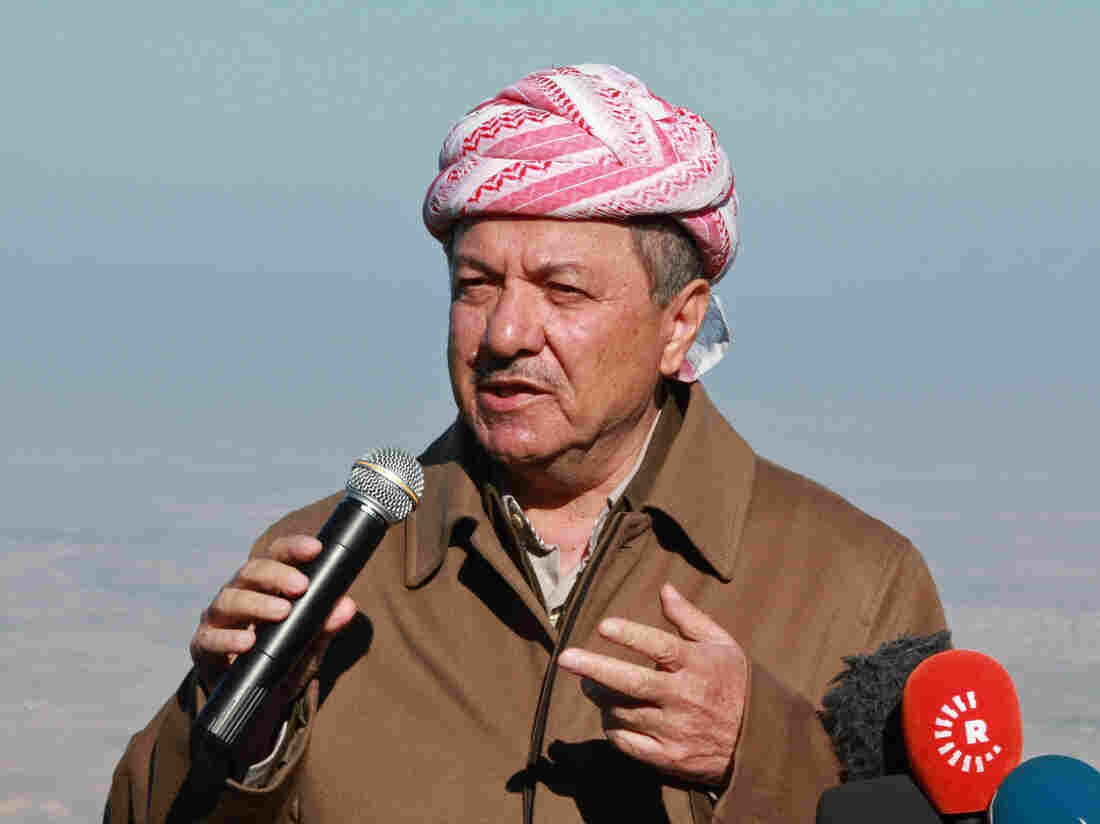 Iraqi Kurdish regional President Massoud Barzani speaks with the media at Mount Sinjar, in the town of Sinjar, on Sunday. Barzani was visiting an area that was recently retaken from ISIS militants. STRINGER/IRAQ/Reuters/Landov hide caption 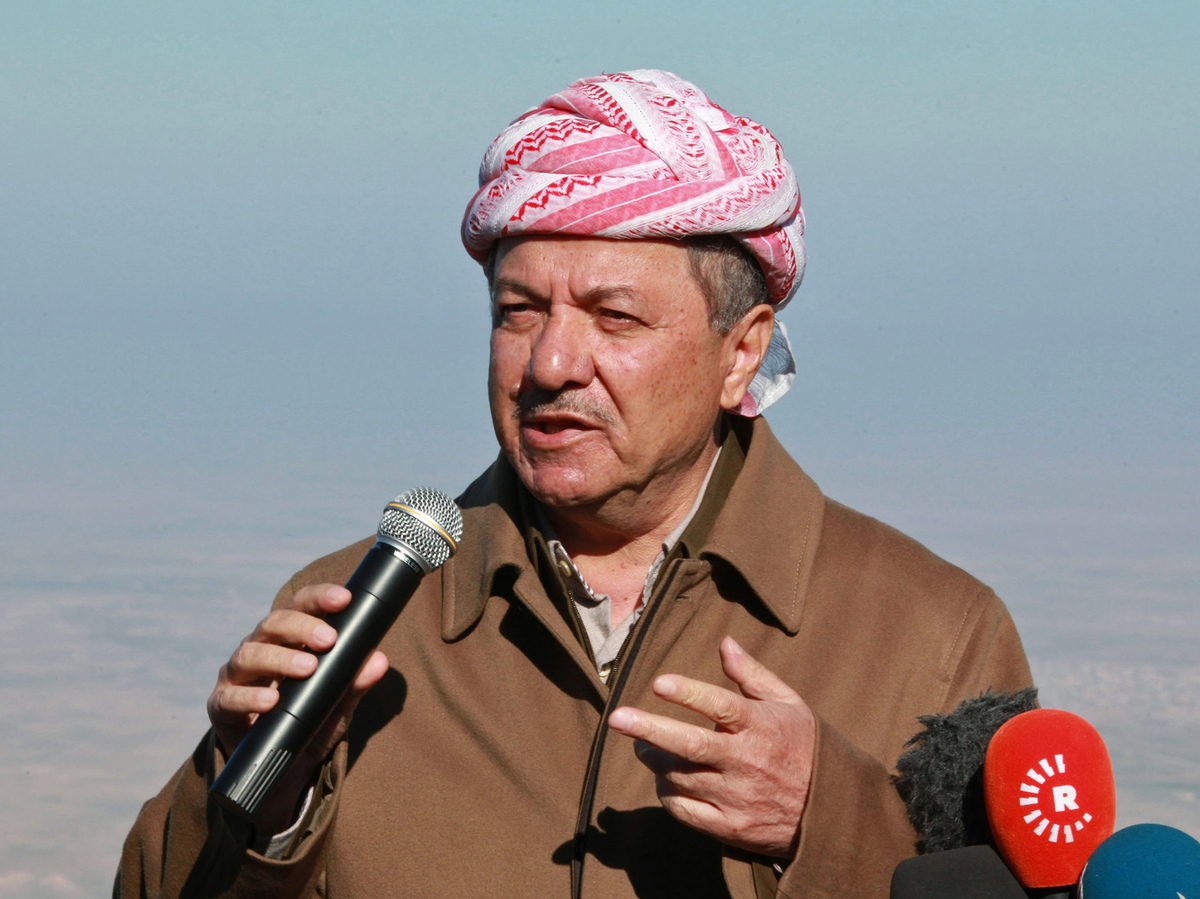 Iraqi Kurdish regional President Massoud Barzani speaks with the media at Mount Sinjar, in the town of Sinjar, on Sunday. Barzani was visiting an area that was recently retaken from ISIS militants.

Kurdish fighters, supported by coalition warplanes, pushed into the town of Sinjar in northern Iraq, days after breaking a siege of a mountain where ethnic Yazidis had been trapped for months by Islamist extremists.

Massoud Barzani, an Iraqi Kurdish leader claimed his peshmerga forces had already taken a "large area" of the town of Sinjar, which has been held since August by fighters of the so-called Islamic State.

NPR's Deborah Amos reports that breaking the months-long siege of Mount Sinjar "was the largest military operation in Iraq since the U.S. took a direct role, 8,000 Kurdish troops backed by U.S. air power."

Barzani, on a visit to the recently captured area on Sunday, praised God that his forces had "opened and controlled all the roads" to the mountain.

"The liberation of the center of Sinjar town was not part of our plans, but we have managed to take control of a large area of it," he was quoted by the BBC as saying.

"Most of the districts are under our control," Barzani told his troops. "We will crush the Islamic State."

The peshmerga launched the military operation last week and managed to first open up a corridor to Mount Sinjar, allowing thousands of Yazidis trapped there to escape.

Now, the fighters are pressing an offensive to retake the town itself. The Associated Press reports that the battle continued to rage in the city on Sunday, where loud explosions and gunfire echoed from inside the town and coalition warplanes bombed ISIS positions.

Nabil Mohammed, a 28-year-old Kurdish fighter, said there were "snipers everywhere inside" the town.

"One of them fired a rocket-propelled grenade at us," he said. "I ran into a house and I was hit by a sniper's bullet in my thigh."

The AP quotes a spokesman for the Kurdish forces, Jabbar Yawar, as saying the fighters are still facing resistance from pockets of militants still inside the town and that it is "far from cleared." He declined to provide more details on the ongoing operation, the news agency said.