Accessibility links
U.S. Women's Soccer Team Finishes Second In Brazilian Tournament : The Two-Way Brazil and the U.S. played to a 0-0 draw in the final of the International Tournament of Brasilia, giving Brazil the first-place finish overall. None of the games was televised in the U.S. 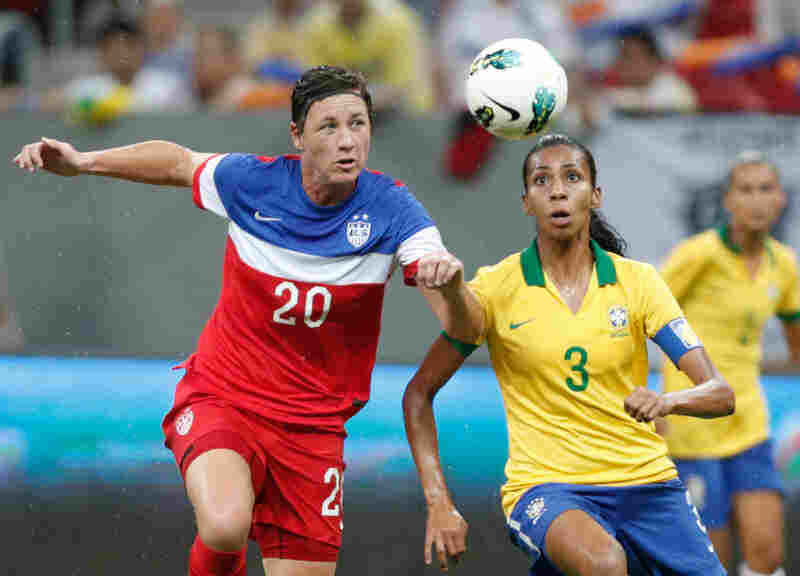 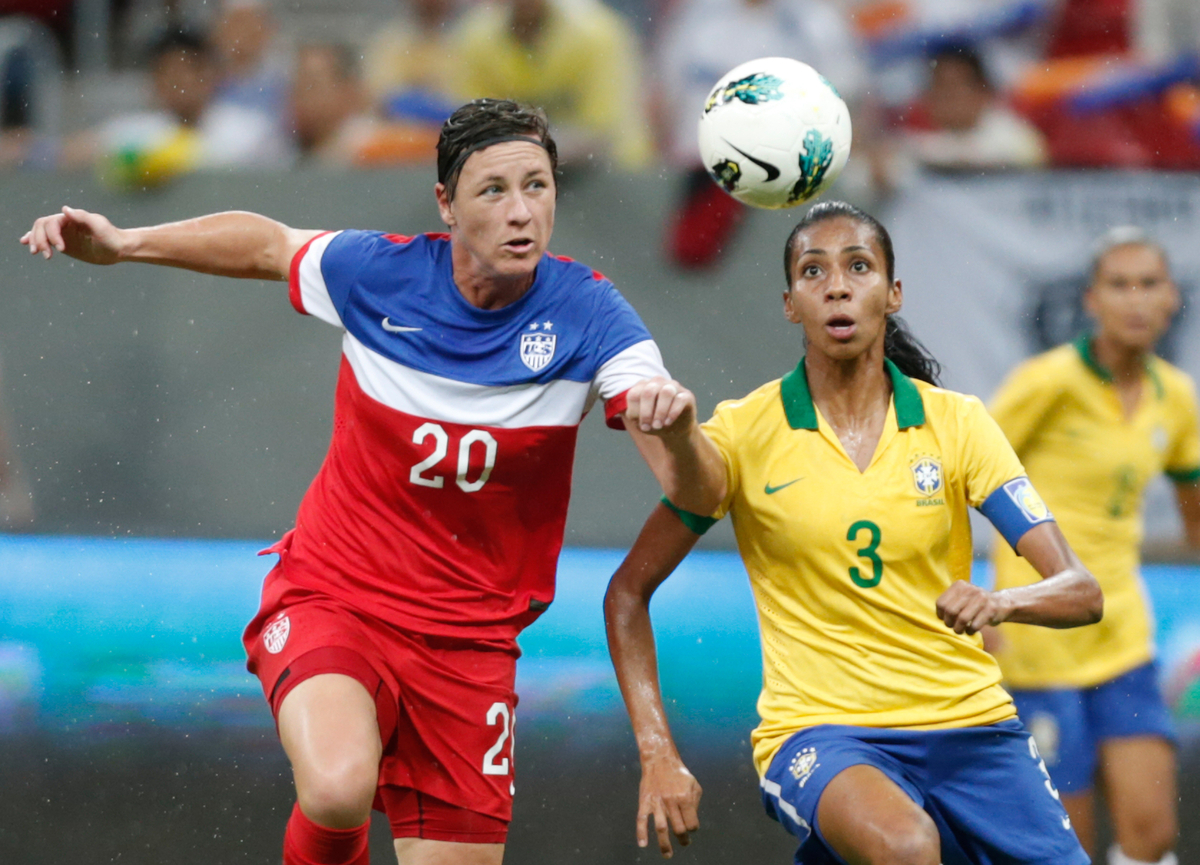 United States' Abby Wambach fights for the ball with Brazil's Bruna Benites during a final match of the International Women's Football Tournament in Brasilia, Brazil, Sunday. The game ended in a draw, giving Brazil the tournament victory.

The U.S. Women's National Soccer team finished its 2014 season with a second-place finish Sunday in the rainy final of the International Tournament of Brasilia. Brazil and the U.S. played to a 0-0 draw.

The U.S. wanted a better result. Entering in to the tournament it was the world's top-ranked team and was using these games as a warm-up to next year's World Cup. But a 1-1 draw against China and an earlier defeat by Brazil pushed the U.S. from the world's top spot. The U.S. made the finals of the Brazil tournament with a solid 7-0 victory over Argentina.

The U.S. got a chance at redemption playing the host country in Sunday's final. Brazil has the world's best player, Marta, who scored all three goals in Brazil's 3-2 victory over the U.S. on December 14. Today, the U.S. defense stymied her attacks and the Americans were dominant in the second half with several scoring chances, including a goal that was disallowed because of an offside call. Brazil won the tournament based on points.

During these four games, U.S. Head Coach Jill Ellis tinkered with her starting lineups and gave many of her substitutes starting positions. But on Sunday the coach didn't have as many options as normal. Three players were unavailable in the final: Alex Morgan was injured, Sydney Leroux was suspended due to a red card in the game against Argentina, and Christen Press, who scored four goals against Argentina, had to return to the U.S. due to a death in her family.

Another frustration is that no games were televised in the U.S. Fans grumbled on Twitter and complained to U.S. Soccer because they were forced to watch a choppy webstream in Portuguese from Brazilian television. Even U.S. star Abby Wambach asked about the situation just before game time. Many international friendlies played by the lower-ranked U.S. Men's National Team are often televised on American networks.

The U.S. Women's team now has a bit of a break. It will begin 2015 with a training camp in California and then play games in Europe in February against France and England. All of this leads up to the World Cup beginning in Canada in June.