Accessibility links
'Dreamer' Immigrants Apply For Arizona Driver's Licenses : The Two-Way More than 22,000 young immigrants are now eligible to apply for a license in Arizona, something they were blocked from doing in 2012, thanks to an executive order by Gov. Jan Brewer. 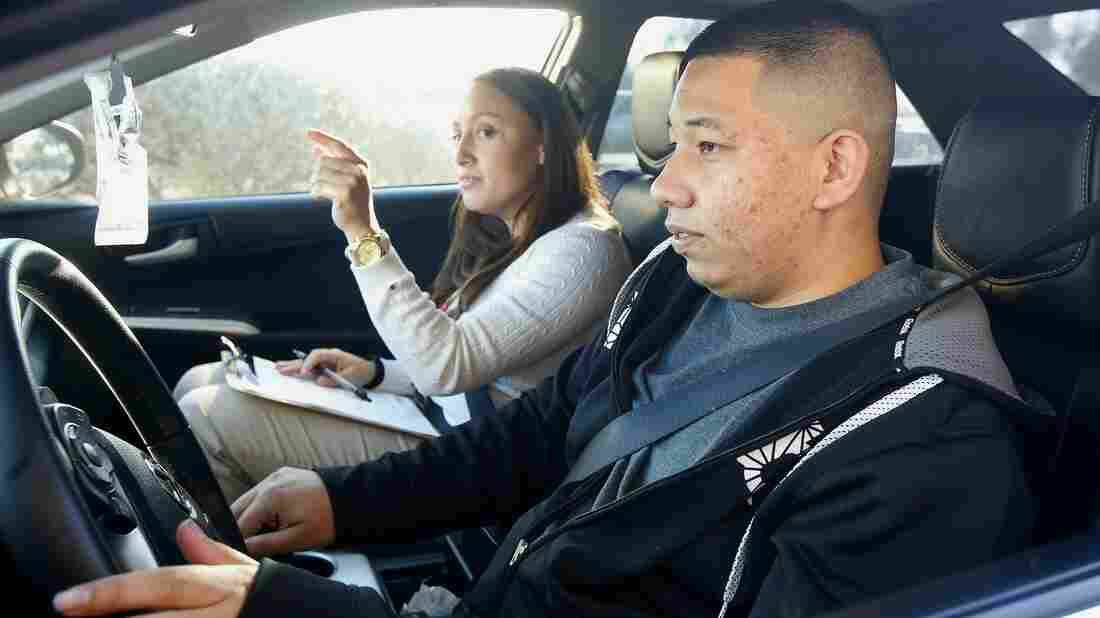 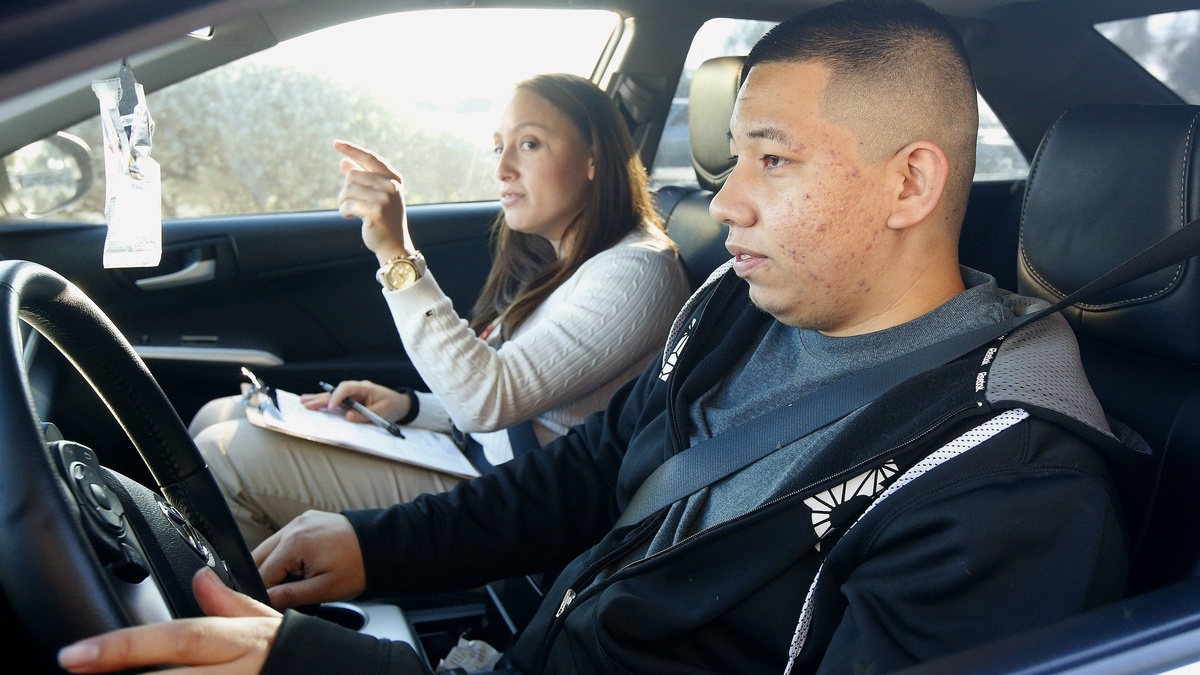 Hundreds of people who entered the U.S. without documentation as children lined up to seek licenses in Arizona on Monday, days after the Supreme Court declined to support the state's ban on issuing licenses to young immigrants brought to the U.S. by their parents.

More than 22,000 "dreamers" are now eligible to apply for a license in Arizona, something they were blocked from doing in 2012, thanks to an executive order by Gov. Jan Brewer. They were protected from deportation by an executive order issued by President Obama in the same year.

Today, more than 100 people lined up at the Arizona Motor Vehicle Division office in south Phoenix; similar scenes were repeated around the state.

"The day I heard on the news we could get our licenses, I was jumping around and was so excited," Maria Sanchez, 28, tells The Arizona Republic.

In Maryvale, Ramon Maldonado, 19, said that all the news cameras made him even more nervous about passing the written and road portions of the drivers' test.

"It was all a rush," he tells the Republic. "But I passed! It feels good to have a license and not worry about how to get around."

The president's Deferred Action for Childhood Arrivals program allows "children under the age of 16 who illegally crossed the border with their parents to temporarily stay in the country," as NPR reported last month.

The program provides for a work permit and driver's license that would expire after a two-year period. Those who hold them could then reapply.

With Arizona's ban on licenses for "dreamers" now fallen, that leaves Nebraska as the only U.S. state with such a ban.

NPR's Latino USA project recently spoke with young people in Nebraska about coping with a prohibition that can cramp their ability to land jobs. Many travel to nearby Iowa, where they use false information to get a driver's license.

On Friday, a federal judge ruled that a case filed by Nebraska's chapter of the American Civil Liberties Union against the state's ban should move forward.

"The judge repeatedly questioned Arpaio's legal standing to challenge the president's action, telling the sheriff's attorney that Congress is in a better position to question the president's authority than a federal court.

"A lawyer for the Obama administration called the case a 'political dispute' that should be dismissed."