Accessibility links
Satanic Temple's Holiday Display Vandalized In Florida Capitol : The Two-Way A woman is in custody and the atheist group behind the display said it plans to press charges. The diorama of Lucifer falling into the flames of hell was part of the rotunda's free speech zone. 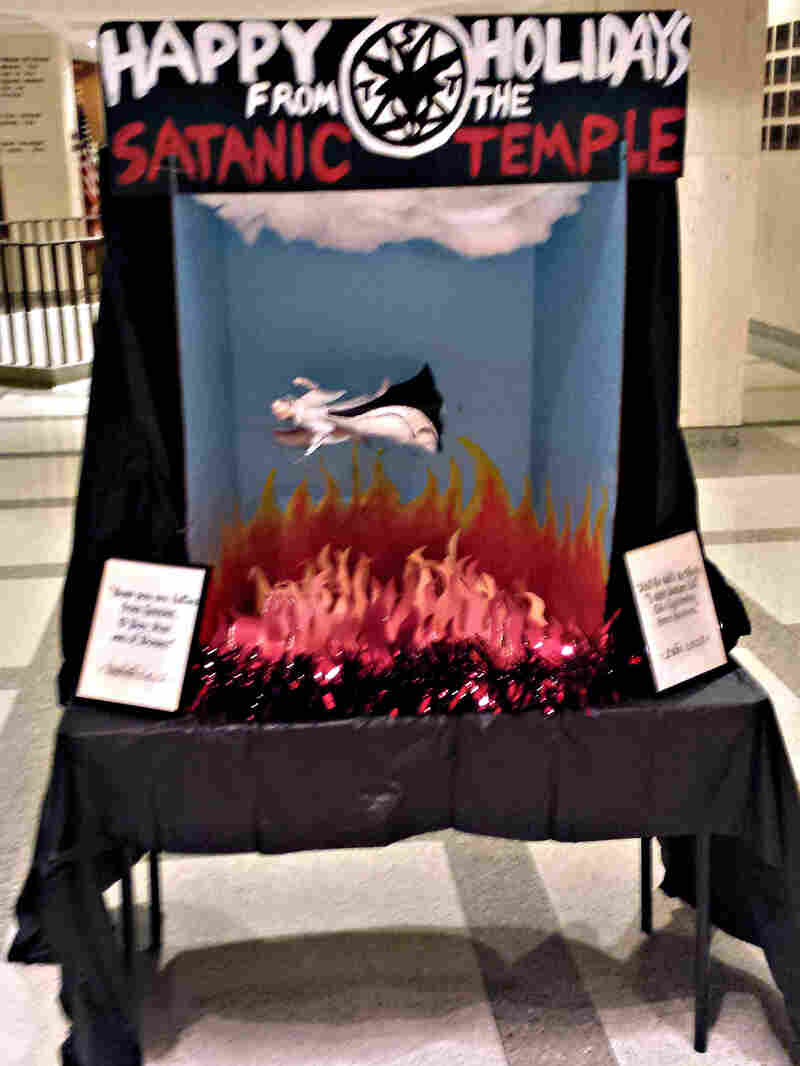 The Satanic Temple holiday display at the Florida Capitol on Monday — before it was vandalized. Aaron Deslatte /TNS /Landov hide caption 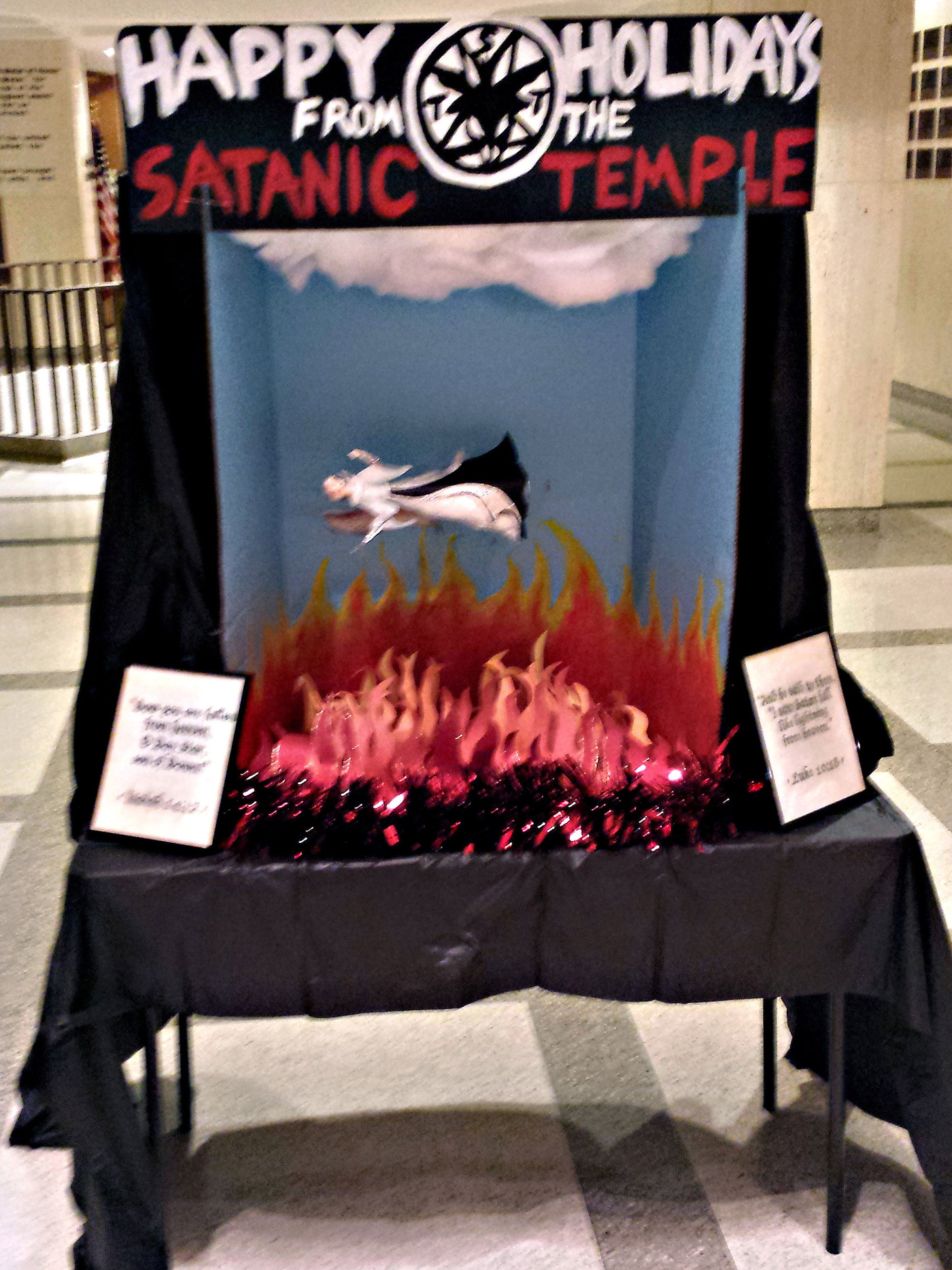 The Satanic Temple holiday display at the Florida Capitol on Monday — before it was vandalized.

A woman was in custody today after damaging a Satanic Temple holiday display — a diorama of Lucifer falling into the flames of hell — in Florida's Capitol.

John Porgal, the regional director of American Atheists, told NPR member station WFSU that the group plans to press charges. And, he said, the display would stay as it is.

"We'll put it back in that condition that it was in when she damaged it originally — as a sign of what the religious right's idea of tolerance is," he said.

A spokeswoman for the Florida Department of Law Enforcement told the Tallahassee Democrat that the agency expects to make an arrest. The woman was not identified.

Last year, a Nativity scene at the Capitol's free speech zone prompted atheist groups to get involved. There were a Festivus pole and a display of the Church of The Flying Spaghetti Monster. But the Satanic display was rejected as "grossly offensive."

This year the Americans United for Separation of Church and State threatened to sue if the state Department of Management Services rejected the Satanic display again.

Pam Olsen, who represents Christian displays at the Capitol, said while she did not like the Satanic Temple's display, she supported free speech.

"I'm actually very sad that she felt motivated to do that," Olsen said, according to The Associated Press. "I do not like the display. I think it's rude and it's sad that he put it up to protest the Nativity that means so much to millions of people; however, I don't think anyone should ever vandalize anything. Free speech is free speech whether we like it or not."